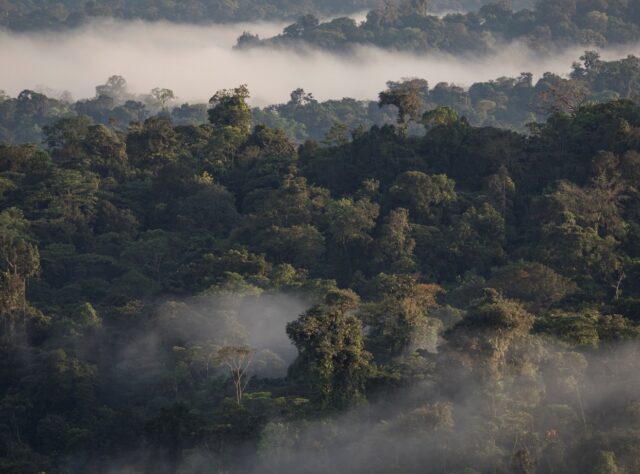 On a warming planet, supporting WLT’s new appeal will allow our partner to establish a major climate corridor in the Chocó – a protected passageway for wildlife to flee rising temperatures. Image: Fundación Jocotoco.

Helping Fundación Jocotoco protect a pristine tract of Chocó forest will do much more than creating new nature reserves. As we preview today, donations to our new appeal will see WLT supporters join a global alliance for a better future for the Chocó – a push for a colossal new climate corridor.

There are many ways to read the Global Biodiversity Outlook, the momentous document the UN’s Convention on Biological Diversity (CBD) published in late September.

One reading is an undeniably hard-to-swallow truth: of all the 20 biodiversity targets for 2020 countries agreed back in 2010, not a single one has been fully met. Another possibility is to look at the UN document as a roadmap for a different Earth – an eight-point plan the global body believes humankind could follow to transform how we live, and reverse the loss of natural life by 2030.

Conserving and restoring intact ecosystems lies at the top of the UN’s list and this is something that WLT supporters can help with, this very month. The smallest donation to our £500,000 ‘Saving Ecuador’s Chocó Forest’ appeal will not only make double the difference under this year’s Big Match Fortnight; it will see its impact magnified tenfold because of the extraordinary land at stake in the Chocó – a natural wonder the world cannot afford to lose. 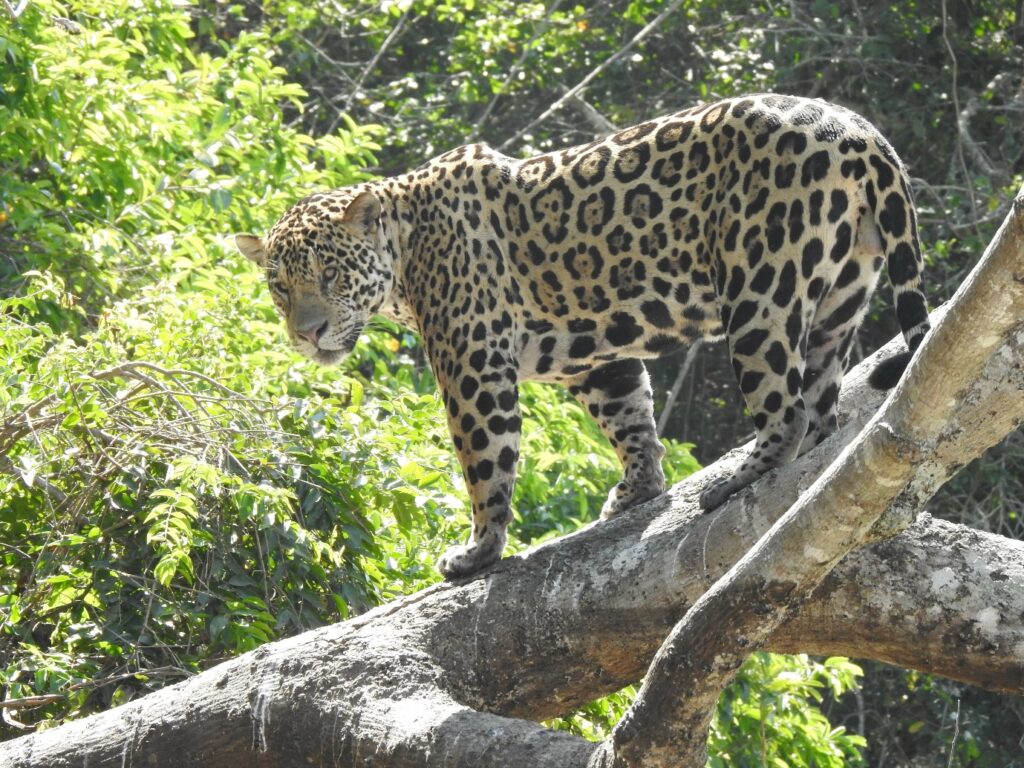 Donations to safeguard the Chocó through WLT’s appeal will protect a forest where Jaguar populations are thought to be critically endangered, the last step before extinction. Image credit: ©Martin Schaefer/Fundación Jocotoco.

As our story last week already previewed, supporting WLT partner Fundación Jocotoco as they seek to purchase and protect 57,000 acres of Chocó forest – 1,668 acres with help from our specific appeal – will deliver a conservation win of unimaginable scale: from a critically endangered population of Jaguar to one of the last viable homes of Brown-headed Spider Monkey, the list of iconic species that will be saved from an extinction cliff is too long to repeat in full here.

But the implications go well beyond biodiversity protection itself, thanks to the Chocó’s unique geography. Although only the last 2% of the vast ecosystem it once was, the world’s wettest forest continues to command a privileged position, crossing all landscapes Ecuador has to offer as it snakes from the Pacific coast to Andean peaks 5,000 metres high to the east.

The beauty of Fundación Jocotoco’s plan is that it harnesses this gradient to the benefit of wildlife. As big as it already is, the 57,000-acre stretch of forest our partner wants to purchase and protect will unlock something even bigger: it will link up with already existing reserves to form a 740,000-plus-acre stretch of fully contiguous protected Chocó forests – a haven as large as North America’s Yosemite National Park and twice the size of the UK’s Peak District.

On a fast warming planet, saving such a passageway from logging would mean a big deal for species at risk, as WLT Conservation Programmes Manager Charlotte Beckham points out.

“If they succeed with your help, our partner FJ will deliver a climate reprieve for Canandé’s endangered wildlife,” she says. “As global temperatures rise, these species will have a protected altitudinal corridor – they will be able to move upland as local conditions change, whilst remaining in the safety of protected areas.” 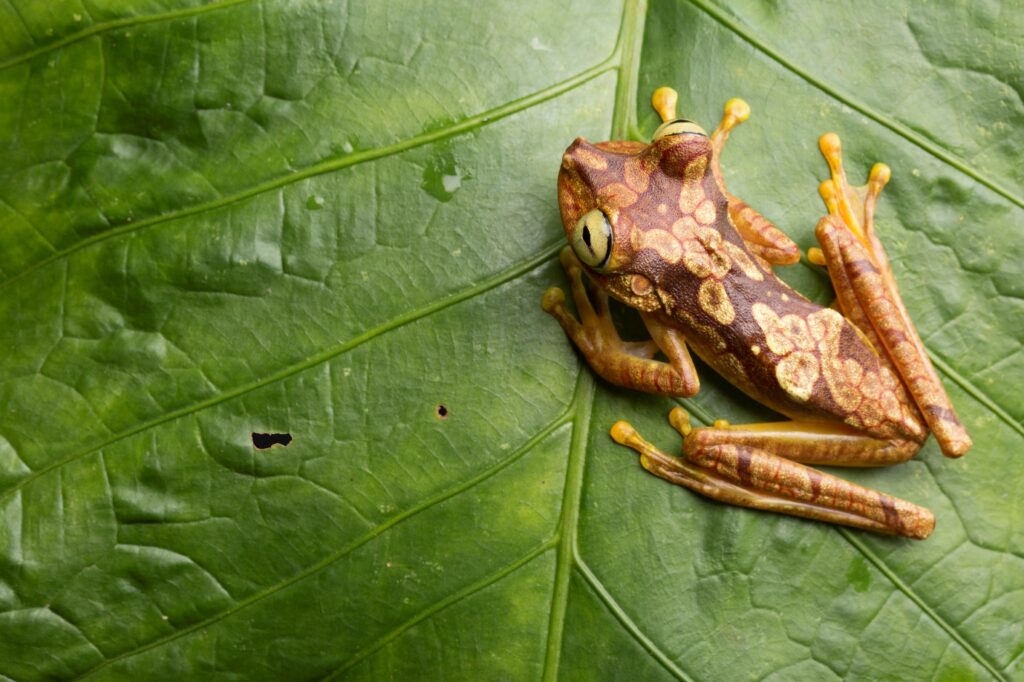 Contributions to WLT’s new appeal will safeguard a forest with as many reptile and amphibian spaces per acre as the Amazon, including the Imbabura Tree Frog pictured above. Image credit: ©James Muchmore

Delivering such a major victory will require efforts of an equally sizeable scale and with that in mind, Fundación Jocotoco is enlisting help from many fronts: the WLT donors who will fund the purchase of at least 1,668 acres of forest and the many others who will fund the remainder towards the 57,000-acre total.

The collective nature of Fundación Jocotoco’s plan means that those supporting the WLT appeal will be linking arms with other organisations – a global alliance to ensure that one day, the world hears of the story of how the Chocó was saved from a fate of collapse.

“For our partner Fundación Jocotoco to be able to safeguard such a large area at once is crucial for Ecuador’s Chocó, a biodiversity hotspot that desperately needs it,” says Charlotte Beckham. “The opportunity we have in Ecuador this year really is exceptional.”

This year you can make history for nature. You can help save the most important rainforest many have never heard of. A rare chance has emerged for our partner Fundación Jocotoco to safeguard the largest remaining tract of Ecuador’s once-vast Chocó forests – the home of Jaguar, Harpy Eagle, Horned Marsupial Frog and one of the most biodiverse places on the planet.

Logging for oil palm plantations could have destroyed the last 2% of this natural wonder. By supporting our £500,000 ‘Saving Ecuador’s Chocó Forest’ appeal, you can help it last forever.

Donate before 15 October, make double the difference under our Big Match Fortnight! 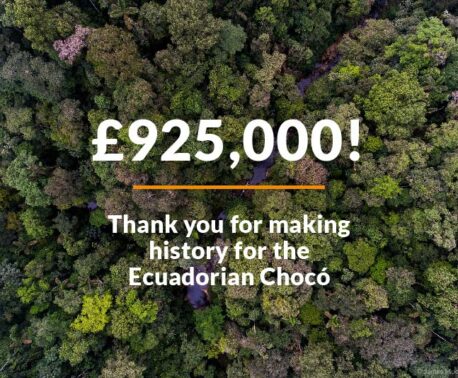 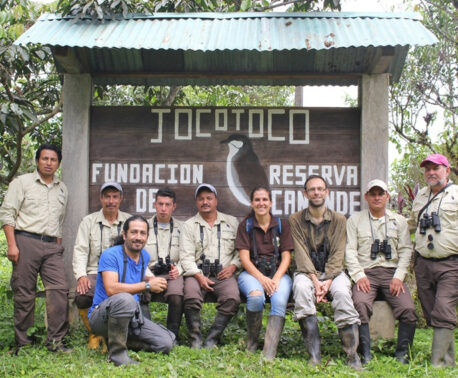 Two weeks on, the fact that our ‘Saving Ecuador’s Chocó Forest’ appeal took just a fortnight to reach its …