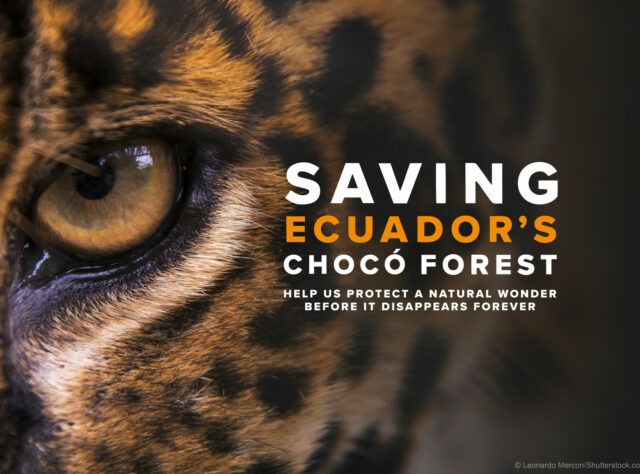 Packed with natural life few other places on Earth can match, the last 2% of Ecuador’s Chocó forests is approaching an extinction cliff.

Your donations to our new campaign could make history – supporting our partner Fundación Jocotoco as they protect the most important rainforest most have never heard of.

Within days of each other last month, WLT patron Sir David Attenborough, the UN’s Convention on Biological Diversity and WWF/ZSL all issued stark warnings about exactly how fast human activities are destroying natural life, and exactly how little time is now left to reverse it.

Those reading the grim headlines and looking for places to save need not look much further than Ecuador’s Chocó. This year, rescuing this world-important ecosystem from the very edge of extinction is the mission of our partner Fundación Jocotoco; a plan you can back by supporting our new appeal, with donations making twice the impact under this year’s Big Match Fortnight between 1 and 14 October.

Fundación Jocotoco’s team only have to enter the Chocó to remember why this is a place the world can’t afford to lose. Only 500 Brown-headed Spider Monkey are thought to be alive in the wild across the planet and yet on a single hike, Martin Schaefer counted 60-70 out in the tropical rainforest between Ecuador’s Pacific coast and its Andean peaks. “This was around 15% of the global population in a single day. It was wonderful,” says Martin, the CEO of the Ecuadorian conservation body.

The life-packed Chocó forests can be a forbidding place, a wilderness where rangers must weather constant downpours and rugged terrain as they trudge through slippery, muddy ground. It is an old world fighting on to survive – the last 2% of a once-vast forest that only 80 years ago stretched all over Ecuador’s west like a colossal green wall.

The country might have lost 98% of this natural wonder to oil palm plantations and others but with the help of a new plan, devastation could have its days numbered. Our partner Jocotoco has secured a rare chance to purchase and protect 57,000 acres of Chocó forest from a single company. Various organisations will help fund that total, with WLT’s £500,000 appeal supporting at least 1,668 acres. 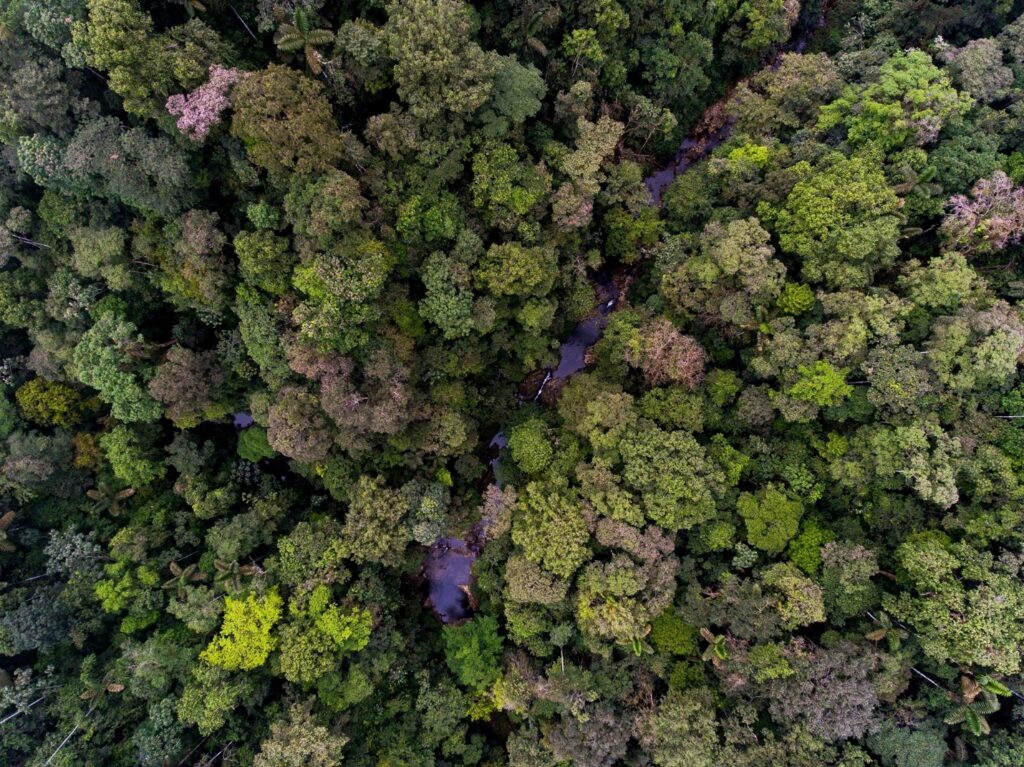 Donations to WLT’s appeal will play a crucial role in Jocotoco’s broader plans. If our campaign succeeds, funding from other sources for the overall 57,000 acres will be much easier to line up, our partner believes. Image credit: James Muchmore.

The list of reasons why this alliance must succeed, with help from your donations, is dizzying. The Chocó might not command the same headlines as the Amazon but it is far more threatened – it boasts the Amazon’s same reptile and amphibian diversity, the highest plant diversity of the Americas and more bird species in 100 square miles than across the whole of Europe. It is so special that 25% of its flora and 10% of its fauna is found nowhere else on Earth.

The 1,668 acres funded through WLT’s appeal will play a crucial role in Jocotoco’s broader plans, our partner believes. Your donations will make it much easier for them to secure the full funding for the overall 57,000-acre purchase before other potential buyers – a list led by the oil palm plantation owners who have fuelled deforestation in the Chocó for decades – can make their move.

The survival of Ecuador’s Chocó may hang on the balance but it has so much living to do still.

Decades of relentless logging since World War II have reduced this once-vast ecosystem to forest islands, but these still pulse with endangered life. Alone, the Canandé Reserve that will be expanded through WLT’s £500,000 appeal is home to around 375 bird species and 135 reptile and amphibian species; 28 of the latter group are globally threatened.

Aside from the Brown-headed Spider Monkeys that Martin once saw – the area is thought to host 160-200 of the estimated 500 of this species still alive worldwide – the tropical forests boast the last viable population of Jaguar on Ecuador’s western Andes slopes. The majestic big cat is classified as Near-Threatened worldwide but those in the Chocó are considered to be Critically Endangered, the IUCN’s last step before extinction. 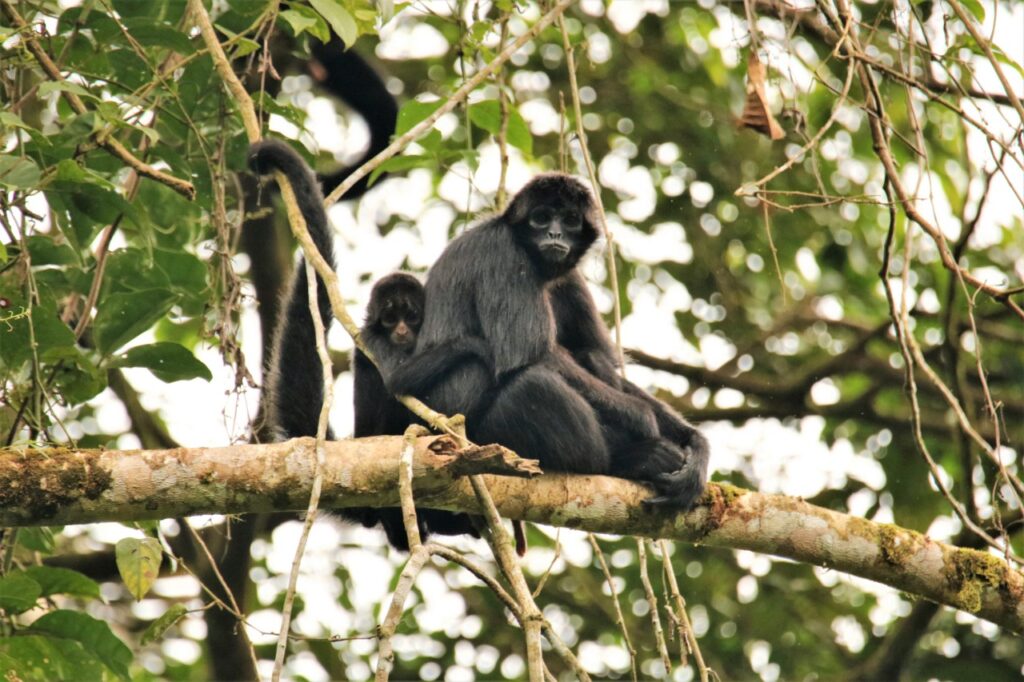 The forest area our partner wants to purchase and protect with your help is seen by conservationists as one of the last viable homes for the critically endangered Brown-headed Spider Monkey. Image credit: Fundación Jocotoco.

The abundance of life extends to the very forest, with thousands of plant species including two Critically Endangered magnolia variants – Magnolia canandeana and Magnolia dixonii – not found anywhere else in the world. Canandé’s torrent of life also takes to the skies, echoing with the calls of the Harpy Eagle – the largest raptor of the rainforest – and endangered birds such as the Great Green Macaw. In fact, an analysis by eminent conservation biologist Dr. Stuart Pimm found that the focal region of this appeal is the single most important area in Ecuador to prevent the extinction of birds.

Such trove of life is only what Ecuador’s Chocó has seen fit to show us so far. As Jocotoco’s Martin notes, the forest remains vastly unexplored – unlike the Amazon, it lacks scientific stations – and produces discoveries at a dizzying pace. An endangered species, the diminutive yet charismatic Horned Marsupial Frog, resurfaced in the Chocó in late 2018 after a decade where it was thought extinct in Ecuador.

For all its stubbornness in clinging on, the Chocó’s life may not be able to withstand intensive logging that much longer. Jocotoco points at mathematical models predicting that the forest is approaching an “extinction cliff”: if another 1,000 km2 of forest disappears, it would take one-third of the area’s current species with it – a scenario that is just a few years away, given the current deforestation rates.

“By acting now and securing such a large section of forest, we have a unique chance to save the last remaining pristine tract of Chocó,” Martin says. “When it comes to the Chocó, nowhere else on Earth has more to lose and is in more danger of losing it all. It really is the most important rainforest most people have never heard of.”

This year you can make history for nature. You can help save the most important rainforest many have never heard of. A rare chance has emerged for our partner Fundación Jocotoco to safeguard the largest remaining tract of Ecuador’s once-vast Chocó forests – the home of Jaguar, Harpy Eagle, Horned Marsupial Frog and one of the most biodiverse places on the planet.

Logging for oil palm plantations could destroy the last 2% of this natural wonder.
By supporting our £500,000 ‘Saving Ecuador’s Chocó Forest’ appeal, you can help it last forever.

Donate between 1-14 October, make double the difference under our Big Match Fortnight! 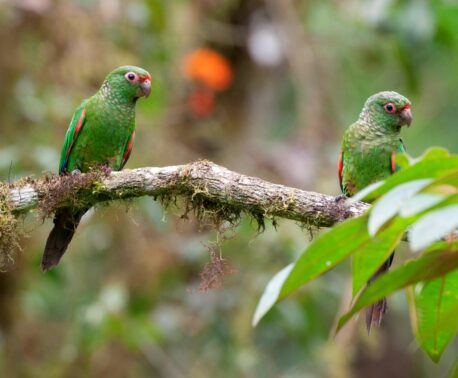 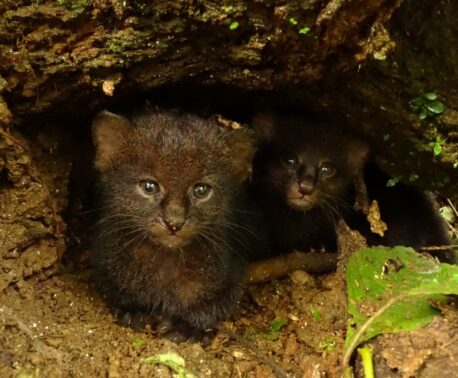 When we remember a charity in our will, we do so knowing that the gift we leave behind will protect … 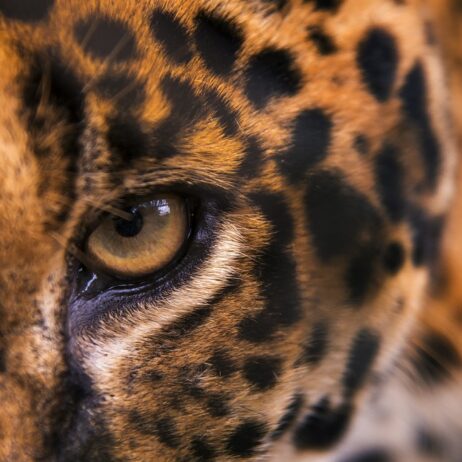 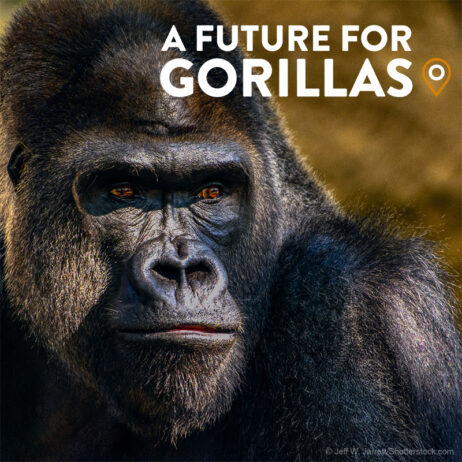