Horned Marsupial Frog have a smooth dorsal surface with 8 to 12 ridges on its body and a broad head with two triangular flaps above the eyes. Their feet boast large finger discs with little webbing, and long hindlegs with more webbing on the toes.

Horned Marsupial Frog are nocturnal, with males known to call from high trees with a loud ‘bop’ sound every eight to 12 minutes.

These canopy-dwellers breed by direct development – this process sees females release eggs from their body for the male to fertilise and deposit back in a pouch on the female’s back, which she then carries until the eggs hatch as fully developed frogs. Interestingly, this species has the largest known amphibian eggs. 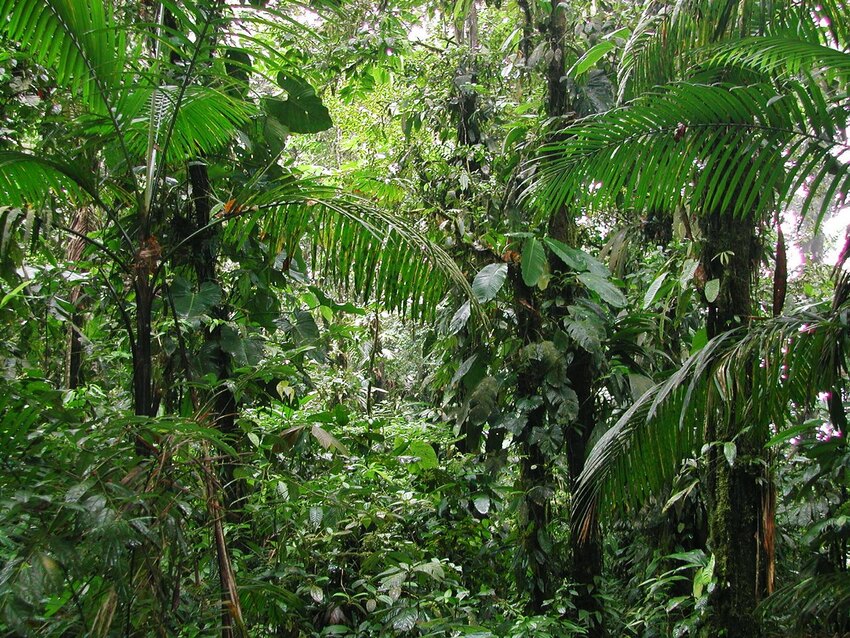 Horned Marsupial Frog prefer to be near water bodies and tend to live near rivers and creeks.

These amphibians are found in the humid lowland and premontane forests of central and eastern Panama, western Ecuador and the Pacific lowlands of Colombia’

Horned Marsupial Frog are classified as Endangered by the IUCN and have disappeared from Costa Rica and western Panama, with scientists believing they were gone from Ecuador too until they were sighted again on Fundación Jocotoco’s Canandé Reserve in 2018.

The decline is partly driven by the disease chytridiomycosis, which is caused by an invasive fungus (Batrachochytrium dendrobatidis) that has created a pandemic for amphibians across the world.

This deadly disease is present in the lowlands of western Ecuador – in combination with extensive habitat loss, the condition has caused substantial decline of this species of frog, threatened by deforestation for agricultural development, illegal crops, logging, human development and pollution.