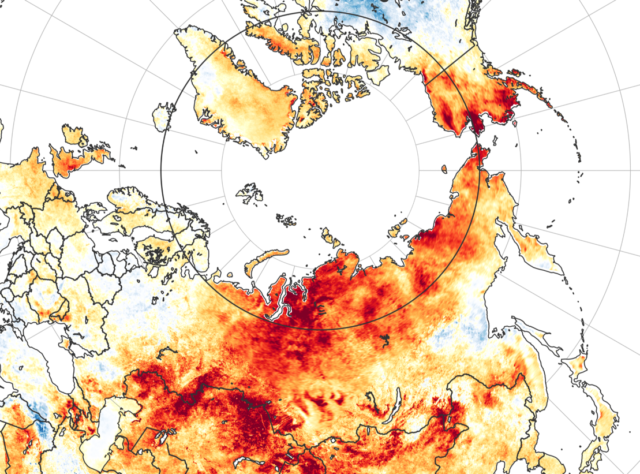 Temperatures in the Arctic have soared to a record-breaking 38C this year. This scorching heat is expected to worsen fire season in forests across the world.

This temperature was recorded in the remote Siberian town of Verkhoyansk and is 18C higher than the average maximum daily temperature in June. The high temperature within the Arctic Circle is causing sea ice to melt at an increasing rate, contributing to sea-level rises, and carbon dioxide and methane that was locked up underground being released.

Scientists believe that the Arctic is warming twice as fast as the global average. Hotter and drier summers are becoming the new normal as the global temperature rises. It is predicted that this will be the most severe forest fire season ever seen, and habitats around the world are at serious risk. Deforestation and clearing land by burning agricultural fields are some examples of how fires can start, and global warming increases the chance of them igniting an uncontrollable wildfire. 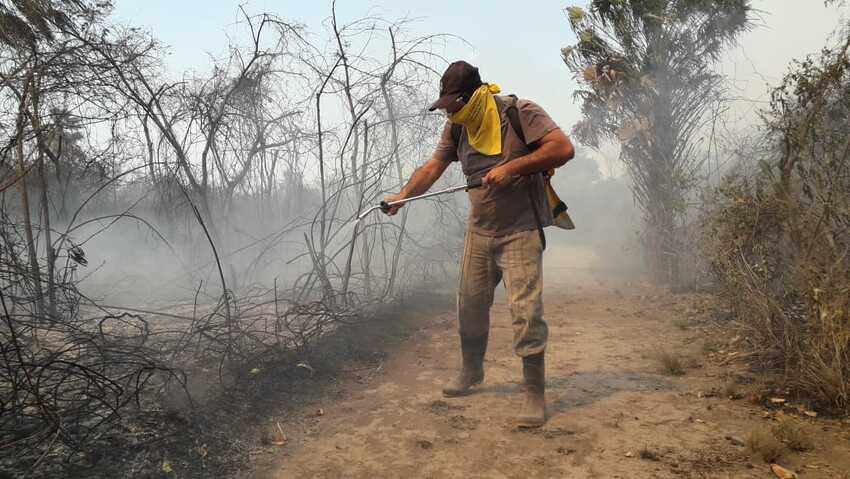 A Keepers of the Wild ranger dampens down smouldering ashes from a fire at the Chaco-Pantanal Reserve, Paraguay in 2019. Image credit: Tatiana Galluppi/ Guyra Paraguay.

It is not too late to act. World Land Trust (WLT) is taking action now, ahead of the season, by funding training, community support and equipment for our partners. WLT partners are at risk, but your support can ensure that every one of them are equipped to safely protect their vulnerable nature reserves.

The hardworking rangers in our partners’ reserves in Mexico, Belize and Guatemala have proven that effective fire management is possible. We were devastated to learn about 1,526.92 acres of forest damaged by fire in the Belize nature reserve managed by Corozal Sustainable Future Initiative (CSFI) was lost. However, the rangers tirelessly fought the fires with the help from local communities and together they successfully extinguished the flames. In April this year, Grupo Ecologico Sierra Gorda (GESG) in Mexico efficiently contained a fire that they believe was caused by a lightning strike, and they managed to stop any further spread. Similarly in Guatemala, our partner FUNDAECO used aircraft to document and tackle fires earlier this year. 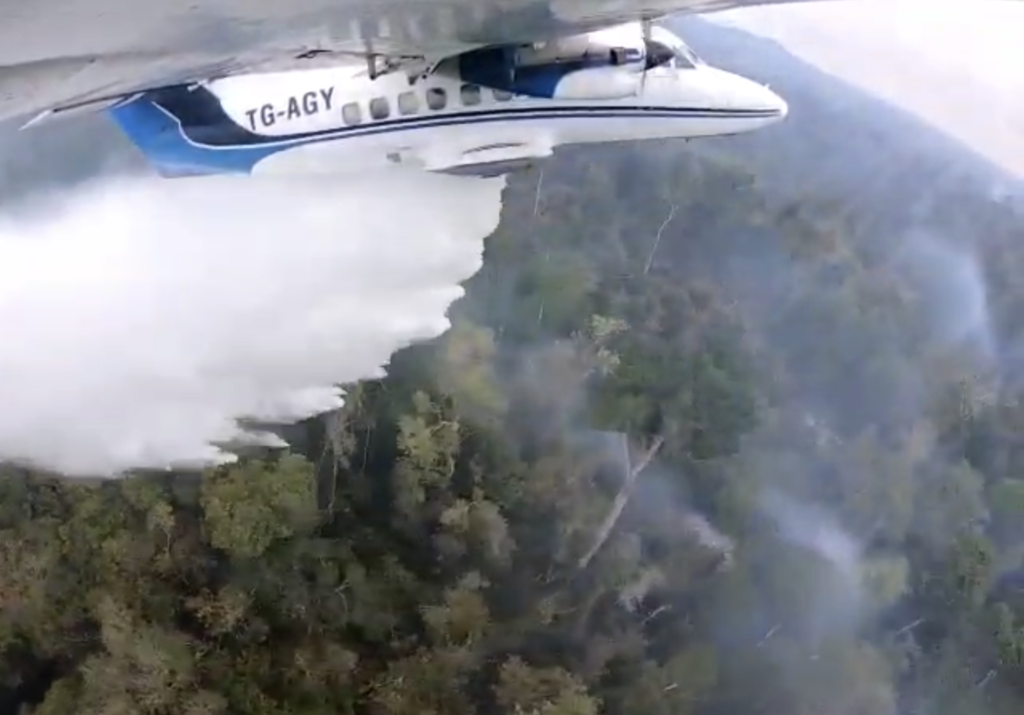 A plane drops water over the trees in Guatemala, taking measures to stop the smouldering flames in the heart of the forest. Image credit: FUNDAECO.

Wildfire season puts people, animals and habitats in danger, but with effective coordination and sufficient protective gear it is possible to respond to forest fire season and prevent a repeat of last years’ devastation.