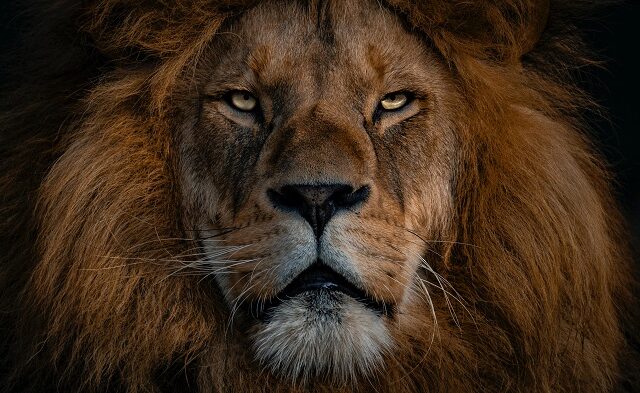 Lion populations have nearly halved in Africa in just over two decades and in Tanzania, donations to our new campaign will help safeguard a key corridor in an area where lion numbers are dwindling. Credit: Kazuky Akayashi / Unsplash

Any ecosystem needs top predators to be healthy, and so it is for the Tanzanian coastal forests of the Rondo Plateau, the landscape our supporters can save this year – through our new campaign. Our £360,000 appeal, the first in our history to fund the direct protection of lion habitat, comes at a critical time for these mighty cats. What follows is the story of why Tanzania’s lions and leopards need your help following decades of sharp population decline all across Africa.

It is hard to think of a species with a legend to match that of the African Lion.

Decades of film-making and documentaries have catapulted this member of the Panthera genus to conservation stardom. For entire generations, the archetypal image of the proud lion – the 1.8-2.1-metre-long male roaming the savannah, the trademark billowing mane and the fearsome roar – has come to signify, more than any other animal, the might of the natural world and the need to protect it.

Lions are a beloved big cat for so many and yet they are disappearing at an alarming rate. All across Africa, populations have plummeted by 43% within little longer than 20 years due to lack of prey, conflict with humans and habitat loss. And yet Tanzania has become a lion stronghold of sorts, with estimated nation-wide numbers – 14,000-15,000 – said to be Africa’s highest. This relative success, researchers have said, has been made possible by Tanzania’s “extensive network” of protected areas.

Reserves might be working for Tanzania’s lions but not all are lucky enough to live in one – and this is where our partner Tanzania Forest Conservation Group (TFCG) comes in. With help from your donations to our new appeal, TFCG’s project – the first we have supported to specifically target the protection of lion habitat – will join forces with local people to create 10 new reserves; 49,000+ acres (20,000 ha) of a major (and currently unprotected) corridor between Tanzania’s Nyerere National Park (formerly part of Selous Game Reserve) and Rondo Nature Reserve. 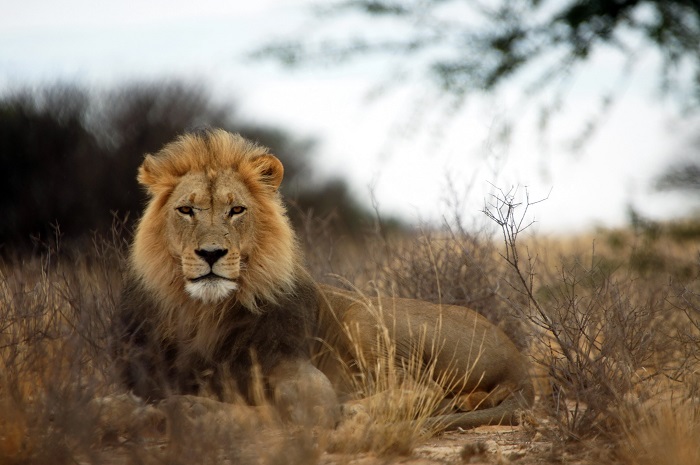 Tanzania is thought to host Africa’s highest lion population and in the southeastern district of Lindi, our partner TFCG’s plan will save lion habitat in an area where major farms are expanding. Credit: Ansie Potgieter / Unsplash

The need for local action is urgent. Where lions of the world-famous Serengeti and other reserves in Tanzania enjoy a safer existence, those in this section of the country’s southeast – the Rondo Plateau of the Lindi District – can only look on as major cashew and sesame farms move into an area where deforestation was already found to be rising years ago.

Here, lion groups of more than three are already rare – where prides elsewhere can be as large as 37 members – and are said to have already disappeared from some local spots. With your help, our partner TFCG can start reversing the decline: the 10 reserves they can create will safeguard the forest-shrubland interface Lindi’s lions need to hunt; ensuring they don’t lose the land without which populations cannot recover.

Lions are not the only big cat our ‘Saving Tanzania’s Coastal Forests’ appeal will benefit, as conservationist Andrew Perkin once found.

During a visit to Tanzania’s Rondo Plateau, Andrew was returning to base camp when he lifted his torch – and spotted two big eyes staring right back at him through the dimness. “We’d seen her briefly earlier on that field trip. It was a young female leopard and unknowingly, we had set up camp right under her tree,” he says. “I thought we wouldn’t see her again but there she was one night, on our return from a day out studying Rondo Galago primates. I realised I was standing next to prey the leopard had been saving on the tree. As I stepped aside, the young female slowly got down, picked up her catch and moved off into the night.” 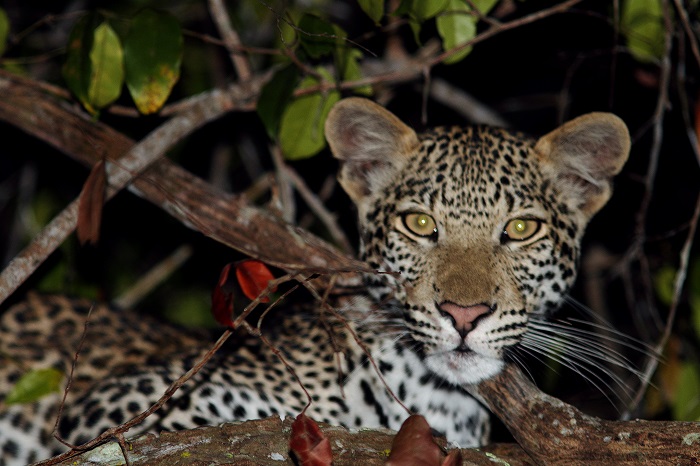 IUCN estimates that leopard numbers have more than halved in West and East Africa but TFCG’s plan will help to protect those around the Rondo Plateau, like this individual that Andrew Perkin saw. Credit: Andrew Perkin.

As memorable as that experience would have been for anyone, Andrew’s African Leopard encounter is hardly a rare event for the people living in and visiting the Rondo Plateau of Lindi District. Part of the last 10% of East Africa’s once-mighty coastal forest belt, the landscape our partner TFCG can protect starting this year has leopard populations living “all over the place”, as Andrew explains.

Leopards have long captivated wildlife enthusiasts and there is every reason why. Their slender bodies 1.3-1.9m long, capped by legs that are shorter relative to other wild cats; the trademark, rosette-like spots they share with their bulkier Panthera genus cousins the Jaguar; the large eyes that Andrew saw, typically green or blue. Not to mention the fact that like most felines, leopards are incredibly athletic predators: they can run up to 58 miles per hour and leap an impressive six metres forward.

However impressive, though, no speed feat can allow leopards to outrun the conservation challenges they face, not least the collapse of prey and the pressures on a key component of leopard life: trees.

Unlike lions, leopards are not always the top predator in their habitats and rely – much like the female Andrew saw – on a healthy canopy to hide prey from rivals. The impacts of such habitat degradation are clear to see in the African Leopard’s entire range: the IUCN classifies the species as Vulnerable and Decreasing – the African Lion shares this status – and estimates that numbers have already more than halved in East and West Africa alone. 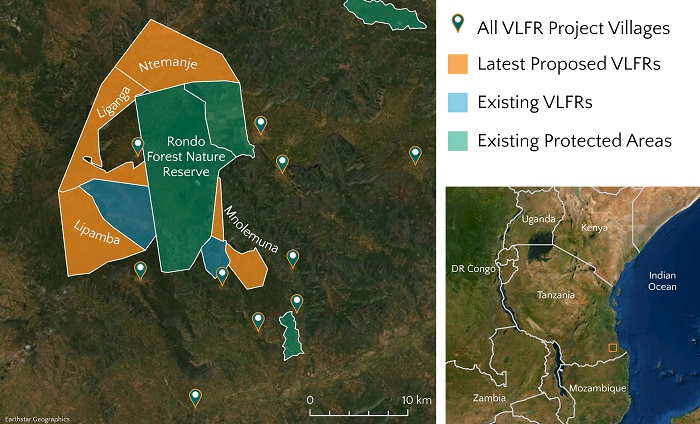 With help from your donations, our partner TFCG will have local people decide where the 10 new reserves will be created, ensuring that efforts to protect lion and leopard habitat work in the long run. Credit: World Land Trust.

Against this tough backdrop for Africa’s big cats, donations to our new appeal will make a difference for lion and leopard populations that TFCG’s team can still do something about. Our partner’s plan will save part of a crucial big cat corridor from commercial farming while there is still time and this, as conservationist Andrew points out, will benefit people as well as planet: as the 10 reserves are created and big cats can recover, they will keep crop-preying species like the African Bush Pig in check; a healthier landscape for generations to come.

Lions and leopards need their home and their home needs them – these predators are essential to maintain the balance of life in the coastal forests around Rondo Plateau.

Our ‘Saving Tanzania’s Coastal Forests’ appeal marks the first time WLT supporters can save the home of African Lions through us. Following decades where their numbers have nearly halved all across Africa, your donations will fund the protection of 49,000+ acres, part of a wildlife corridor key to lions and leopards – keeping them safer from the huge farms expanding in the region.

Donate today, help us ensure that the lion’s roar will never stop echoing in southeastern Tanzania!