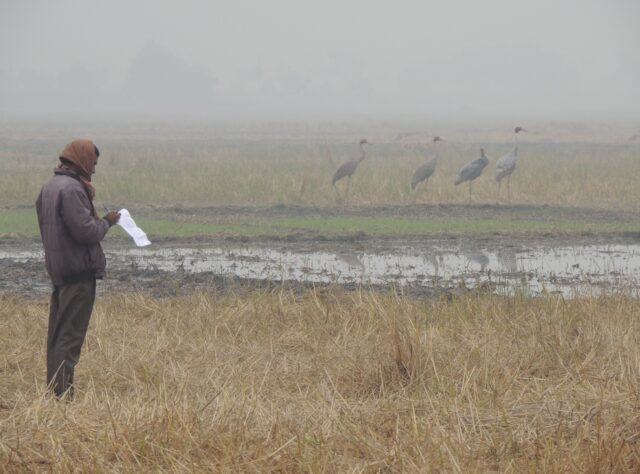 World Land Trust (WLT) are delighted to report that this has been a fantastic year for Sarus Crane hatching success in the Sarus Crane Wetland Project, which was supported through the Action Fund last year alongside Bird Photographer of the Year, who announced their support of the project at Birdfair 2019.

Wetlands are rich in diversity but unfortunately these habitats are facing a tremendous threat globally, this means the protection of these wetlands is vital for the Sarus Crane, which is classified as Vulnerable on the IUCN Red List. Degradation of this habitat has pushed this species to use sub-optimal habitat for breeding, therefore reducing their numbers.

The project was created by our partner, Wildlife Trust of India (WTI), to protect this beautiful bird and its habitat. WTI have established community-managed areas and legally protected reserves in Uttar Pradesh, northern India. 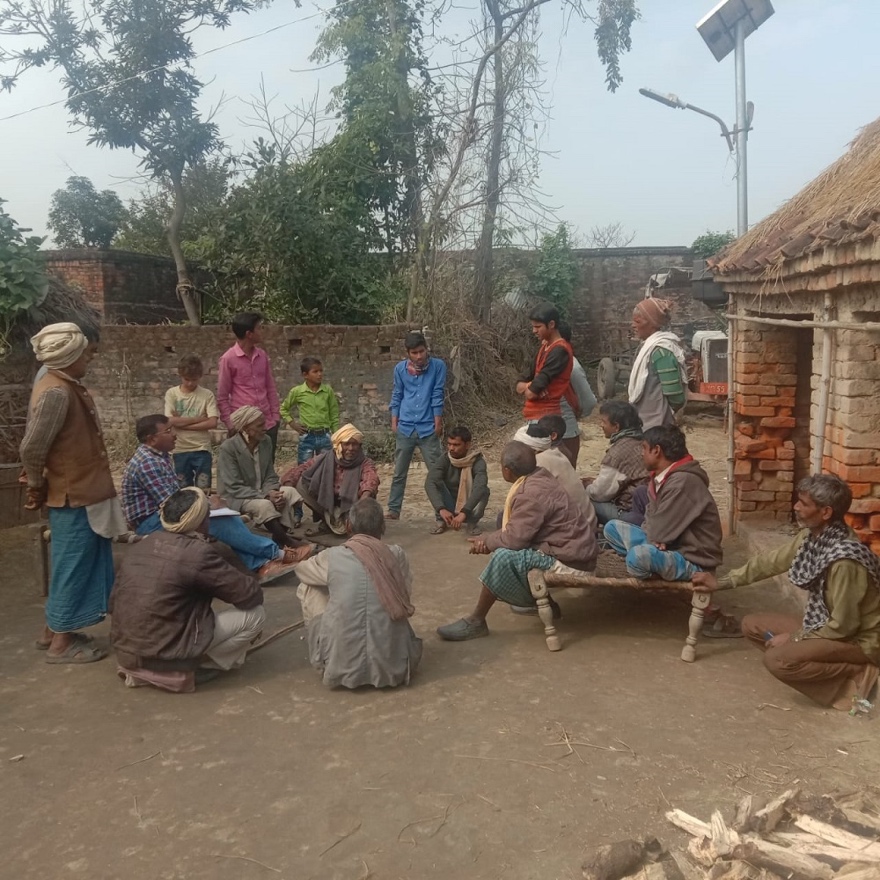 A fantastic team of 38 local volunteers, one WLT-WTI Field Attendant and one Forest Department staff protected 151 Sarus Crane nests. The rigorous work of locals who devoted themselves to monitoring the nests had a positive impact on the rate of hatching.

Dr Samir Kumar Sinha, WTI Project Manager, said, “This year we did not experience high flood, one of the reasons for a better hatching rate. The second reason is, of course, rigorous monitoring by locals. Farmers consider themselves answerable if eggs are poached, destroyed by kids or depredated by dogs. So the majority of them do it dedicatedly”.

WTI also organised community meetings at nine wetland sites to keep everyone engaged in conservation planning and activities. The locals agreed that monitoring and protection of wetland and Sarus Crane should be a joint effort of villagers, not of individuals. As a result of this consensus, they welcomed the idea of formation of a village level committee, which has been constituted for 13 wetlands in four districts. 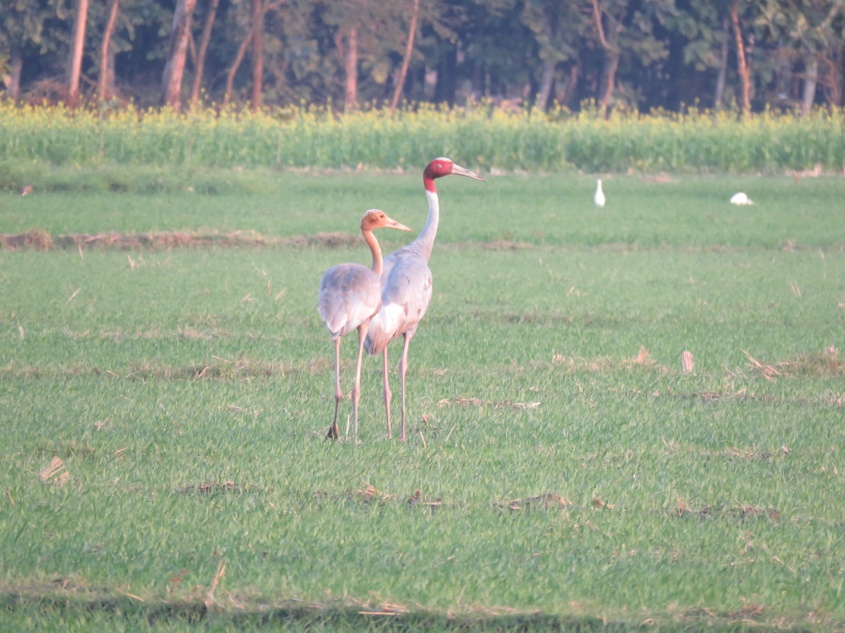 Sarus Crane is the only resident crane species in India and is the State Bird of Uttar Pradesh. Adult Sarus Crane have light grey plumage covering their bodies and black-tipped wings. Their head and neck are covered with naked red skin, with a white crown and long black bill. They also have long red legs and a patch of grey feathers covering the ears. The juvenile birds have a similar build but appear duller and browner.

Female Sarus Crane lay 2-3 eggs which are incubated by both sexes for 31-34 days. In December 2019, WTI surveyors conducted a count in nesting sites to estimate chick survival up to the age of juvenile. The number of immature cranes in each district, except Shahjahanpur, was higher than the number of chicks hatched in the 2019 nesting season, which happens during the rainy season from June to September. The success of the project in its first year is good news for the protection of Sarus Crane in northern India and we hope that the rate of successful hatching continues to grow.

This project is supported by World Land Trust’s Action Fund. The Action Fund gives supporters a chance to make a difference for a wide range of wildlife conservation projects around the world, from restoring rainforest in Ecuador to protecting the mountainous habitat of Caucasian Leopards on the borders between Europe and Asia.

If you would like to donate to the Action Fund and support vulnerable species such as the Sarus Crane, please click on the button below.