Quick acre comparisons: From 16 tennis courts to the size of Wales

An acre is a unit of area containing 4,840 square yards and approximately the same size as one football (soccer) pitch OR 16 tennis courts. 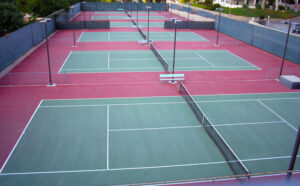 An acre of rainforest contains up to 86 different species of tree, with the amphibians, birds, insects and mammals that depend on them. It costs just £100 to purchase and protect an acre with WLT, to save this threatened habitat and its wildlife from destruction.

Size of the island of Samson (Scilly Isles, UK), or just under the size of the Vatican City

Twice the size of the Olympic Park in London, and bigger than the area used by the Glastonbury Festival, UK

Size of the island of North Ronaldsay (Orkneys, UK)

Size of the Scilly Isles, off the south-western tip of the Cornish peninsula, UK

Size of Windsor Great Park, UK and just under that of Nauru, an island country in Micronesia in the South Pacific that is the world’s smallest republic

Size of San Marino, Italy and of the Scottish island of Barra, UK

Size of the Scottish island of Benbecula, UK

Twice the size of the island of Montserrat, in the Carribean

Almost the size of Hong Kong

Approximately the size of the Republic of Mauritius in the Indian Ocean, or the English county of West Sussex

Size of Wales, or of Belize in Central America