If you donate to our latest appeal between today and the end of 19 October 2021, your contributions will be fully matched as you help us save Caribbean Guatemala’s most important manatee home. Credit: Jeff Stamer/Shutterstock.

When West Indian Manatees reach Laguna Grande from Guatemala’s coast, they find an almost unspoilt shelter far from the crowded waters of the Caribbean Sea, where they can rest and raise a new generation in safety. By funding the tripling of our partner FUNDAECO’s Laguna Grande Reserve, our Guardians of Nimla Ha’ appeal will help to safeguard the entire edge of this lagoon – and your donations will be doubled for four more days!

“Years ago my team and I carried out a major monitoring exercise to gauge the conservation picture for the manatees of Caribbean Guatemala and we found that Laguna Grande is the most important breeding and nursing site of the entire region,” Guillermo says. “Our data shows that someone visiting the lagoon would have a 40% chance of spotting a manatee out in the waters – pretty strong odds for a species that is constantly on the move.”

Asked about Laguna Grande’s strengths, Guillermo reels off a long list. For the manatees travelling southwards from Belize, the lagoon is an “almost hidden” sanctuary just a relatively short swim away from the Caribbean Sea, offering respite from busy marine waterways – boats are much rarer in the lagoon, reducing the risk of propeller injuries – as well as three species of seagrass to feed on, mangrove roots to rest under and sulphurous thermal waters all over the lagoon that stay warm even as others turn cooler. 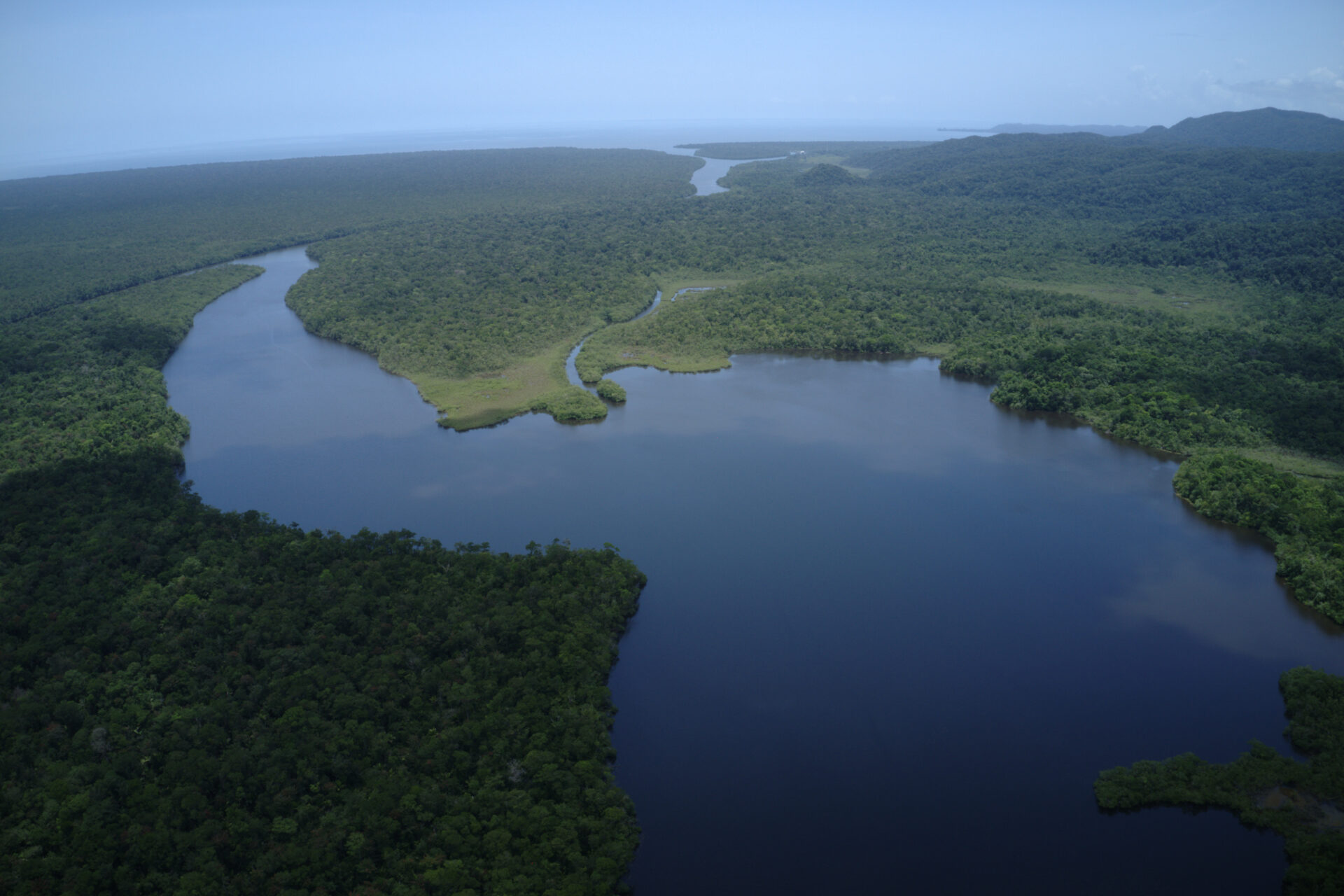 The great waters of Laguna Grande are a safe sanctuary for migrating West Indian Manatees – a safe haven you can make double the difference for if you donate during our Big Match Fortnight event. Credit: FUNDAECO Archive.

In a region like Caribbean Guatemala, areas ticking all those boxes are increasingly rare, Guillermo says, adding: “Out at sea, manatee habitat is fragmenting from Mexico’s Yucatán Peninsula to Honduras and beyond. You’ve got coastal developments, the resulting water pollution and injuries from big trawler nets, speedboats and others. For manatees, this forces them to redraw migratory routes and find new refuges when old ones collapse. Laguna Grande, as one of the only relatively untouched shelters still left, is a crucial area to protect.”

With help from your donations to our £1,200,000 Guardians of Nimla Ha’ appeal – which will be doubled by our Big Match Fortnight between now and the end of Tuesday 19 October 2021 – our partner FUNDAECO will triple their Laguna Grande Reserve from 1,668 acres (675 hectares) to almost 5,000 acres (2023 hectares), protecting the lagoon’s entire edge for the first time. “If we succeed with help from WLT supporters, we’ll be protecting a crucial point of a manatee’s journey in Caribbean Guatemala – helping to ensure the sustainability of the species in the long run,” Guillermo says.

Guillermo, born up in the highlands of Guatemala City, says he discovered a “paradise” when he visited Laguna Grande after moving to the Caribbean to work for FUNDAECO over a decade ago. “I had been to the region before but when I saw Laguna Grande I realised this is different. The crystalline waters you can see all the way through, the cover of the tropical forest – this area is practically free from human intervention, a one of a kind,“ he says.

The near-pristine environment makes this an ideal spot for manatees to nurture a new generation. According to Guillermo, the February-April breeding season is followed by the birth of single calf, which will then stick to the mother for 12-18 months as they feed on seagrass meadows and learn about migratory routes. This strong bond – mothers will not leave a calf alone for an instant, Guillermo says – makes it easier for conservationists to observe the mother-calf duo from a respectful distance.

“Manatees are very shy animals and when approached by humans they can swim away much faster than is typically thought. However, during the raising of calves, sightings become easier,” Guillermo says. “Once we were holding a workshop to tell local fishermen about using manatee watching tours for eco-tourism revenues and on that one day, we saw four different manatees, which is not common at all. The fishermen were so moved, and kept taking pictures. It was incredible.” During this year’s Big Match Fortnight (6-19 October 2021), your donations will be doubled for the protection of a key feeding site for populations of West Indian Manatee. Credit: Eric Carlander.

The anecdote illustrates a turning point in the interaction between manatees and local people. From hunting target some years ago, these sea cows have become a symbolic species for Caribbean Guatemalan communities, Guillermo says, adding: “Today, if fishermen spot a manatee getting tangled in a net, everyone goes to the rescue. Everyone acts to protect the species as there is a culture of respect and safeguarding, also based on an awareness that manatees will bring tourism and tourism will bring income to local people.”

And if Guatemalans have woken up to the need to safeguard manatees, WLT supporters can join them this year in the protection of these grazers of the seas. If with help from your doubled donations our appeal reaches its target, a big defensive circle will be safeguarded all around Laguna Grande; a ring of protected habitats so that newborn manatees can emerge from the lagoon’s great waters to draw their first breath in safety – for generations to come.

The West Indian Manatees of Caribbean Guatemala need you. For a Vulnerable species with low reproductive rates, the survival of every individual matters and yet human activities are disrupting their migratory routes – leaving them with fewer shelters where they can rest and breed.

This is a future we’re still in time to avoid, if you join us. With help from your donations to our Guardians of Nimla Ha’ appeal, together we can triple the size of FUNDAECO’s Laguna Grande Reserve and create a protective circle around a manatee haven, saving a key stopover point for the species.

This is the most ambitious WLT campaign in history. Join us, donate before the end of Tuesday 19 October 2021 to see your contributions doubled by our Big Match Fortnight! 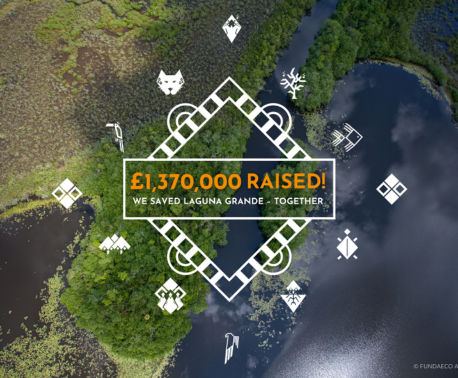 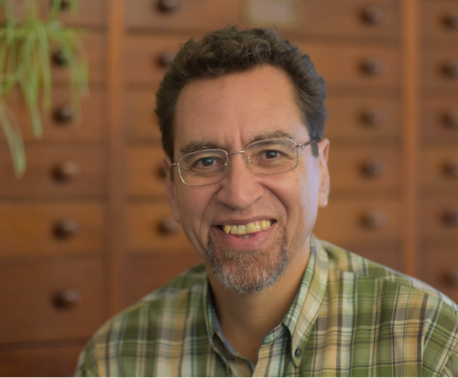 ‘We can do this with your help’: FUNDAECO’s Marco Cerezo writes to WLT supporters as Big Match Fortnight enters final days 18/10/2021

In the year of COP26, you made history. You allowed us to raise the most ambitious appeal in our 30+ years of existence, saving forests, mangroves and more for ... 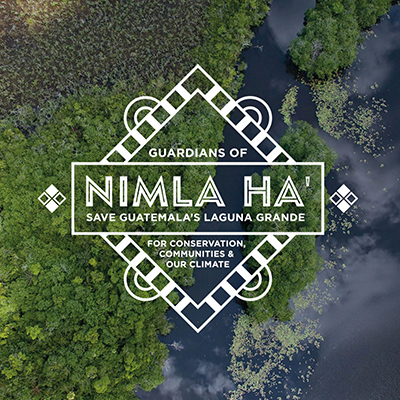