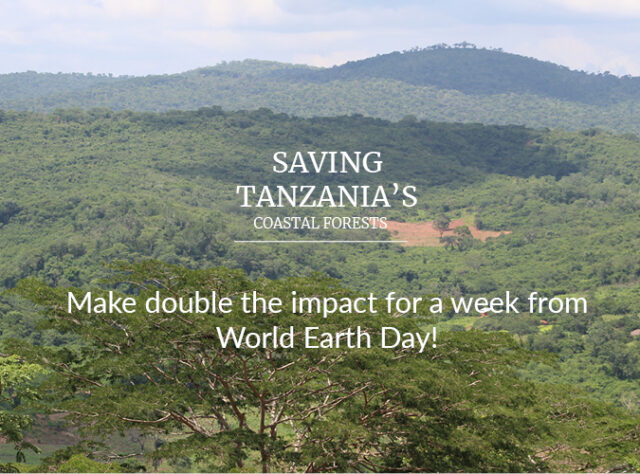 The Big Give event is a chance to double your donations to Save Tanzania’s Coastal Forests – launching on World Earth Day, there’s no better time to make twice the impact. Image credit: WLT.

In just 48 hours, World Earth Day will be shining a spotlight on environmental issues big and small and for World Land Trust (WLT) it is a final call for your help to Save Tanzania’s Coastal Forests.

In March, just as our first appeal of 2021 launched, we were told by the Big Give’s organisers that we had been selected for matched funding – a last-minute boost for our campaign to help our partner Tanzania Forest Conservation Group (TFCG) protect some of the last 10% of a globally important biodiversity hotspot.

We have already come so far for the coastal forests of the Rondo Plateau, in the Lindi District of southeastern Tanzania. Since our appeal launched on 30 March, the WLT community has been a force for change as a flood of donations have propelled the campaign to an incredible 85% of the £360,000 needed. The week of matched funding could be what takes our campaign past the finish line and if it does, the conservation milestone would be of historic proportions.

If we reach our target, our partner TFCG will be in a position to create 10 reserves for elephants, lions, leopards, endangered primates, migratory birds and others. In an area where major cashew and sesame farms are destroying the forest, they will save 49,000+ acres (20,000 ha) of habitat through a plan that also works for local people. A breakthrough for conservation and communities – made possible by countless people like you, coming together.

One donation, twice the impact on World Earth Day 2021

The theme chosen this year by the international day’s organisers (Restore Our Earth™) makes it clear: as the world returns to normal after a year of disruption, we can’t go back to business as usual. Our planet and its threatened habitats can’t afford a return to the status quo of environmental degradation, and Tanzania’s coastal forests are no exception. 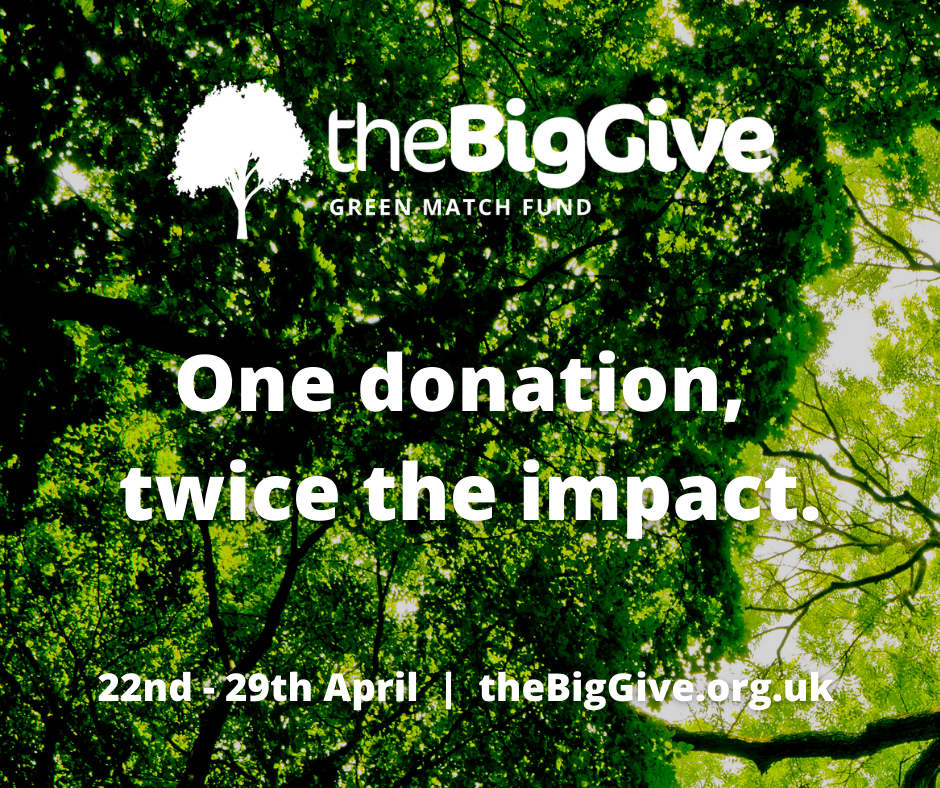 A final push to reach our target and Save Tanzania’s Coastal Forests is being supported by the Big Give as they pledge to double all donations made between 22 April – 29 April. Image credit: Big Give.

Let’s consider the facts of this biodiversity hotspot. The land our partner TFCG can save is part of the last 10% of a colossal forest belt that once blanketed most of East Africa’s Indian Ocean coast. This landscape is part of a crucial yet unprotected wildlife corridor – a way still open to endangered elephants where others are closing, forcing these gentle giants onto roads and farms.

So much lies at stake in southeastern Tanzania and it cannot afford the business as usual of deforestation but with your help, a different future is possible – one where starting on World Earth Day this week, you become part of a movement for Africa’s wildlife and watch your donations make twice the impact. Join us to make a stand for Tanzania’s coastal forests in two days’ time!

Big Give will start matching contributions to our appeal on 12:00 PM GMT on Thursday 22 April 2021. From that point onwards, you will be able to donate by following this link. 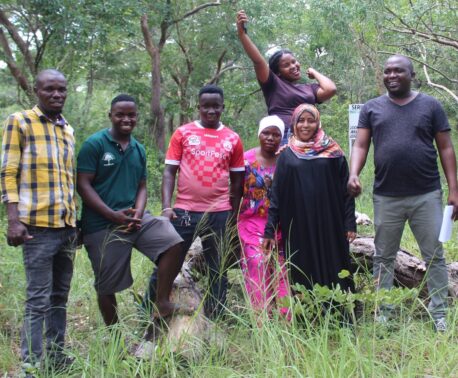 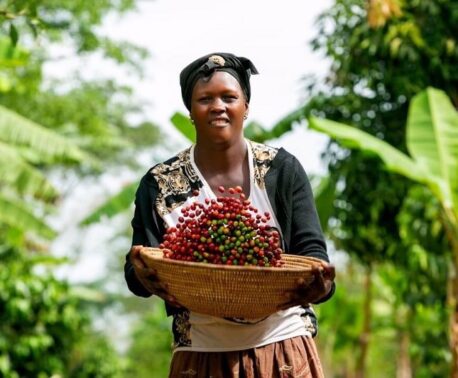