The life of the Chocó: Why it matters to protect Ecuador’s Jaguar through our appeal SEARCH NEWS 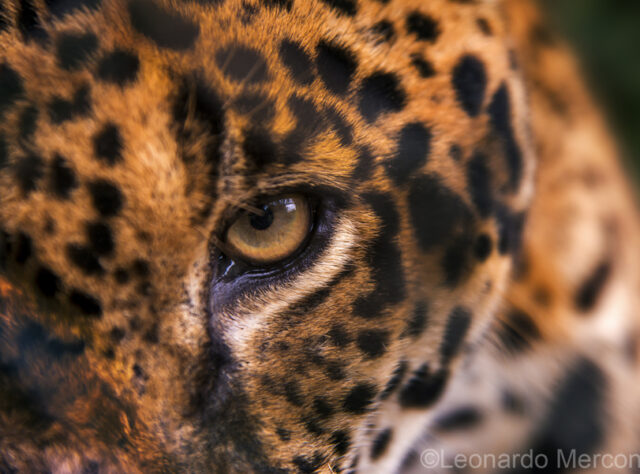 Hearing a loud growl while sleeping in the Chocó rainforest could be a frightening experience for some, but for the rangers in the field it is a special occurrence – and just possibly a chance to see jaguar in the wild.

“The times I have seen a jaguar it’s been truly magical, it is such a powerful cat, it’s a very special animal for its might. It’s also incredibly elusive and you have to be very, very lucky to able to see one in these forests,” says Martin Schaefer, CEO of Fundación Jocotoco (FJ) – who is working hard this year to save Ecuador’s Chocó forest with support from WLT’s latest appeal.

Stories of jaguar sightings are a hot conversation topic among FJ rangers – not to mention a sign that efforts to preserve the species are delivering. Martin tells us of a time a lead ranger was patrolling the forest and spotted one lying on a tree stump. According to Martin, “the jaguar saw her, she saw the jaguar and they looked at each other for a while,” before she slowly retreated to leave the big cat to relax in peace.

Another favourite story of Martin’s is when rangers noticed a jaguar had been using the ground floor of one of their huts to sleep in. Having left their belongings behind for a field trip, they returned to discover the items were nowhere to be found. They soon realised that the jaguar may just have found their things in the way of its sleep, as it had dragged their belongings 30 metres away into the forest!

Saving an apex predator to save a forest

Such encounters are special but rare. Jaguar might be classified as ‘near threatened’ within their range but in the Chocó, the small population is thought to be ‘critically endangered’ – the IUCN’s last classification before extinction.

Martin explains that protecting this apex predator has an extremely important trickle-down effect on the entire ecosystem. Being at the top of the food chain means that jaguar controls the population of smaller predators such as coyotes and ocelot, which in turn controls smaller animals such as rodents and birds.

A healthy jaguar population shows signs of a healthy ecosystem and an intact predation process, Martin explains: “I believe it is our moral duty to try to protect at least one area of the Chocó where we can preserve these vital ecosystem processes for their own good.” he adds. “We can then witness a healthy ecosystem compared to a very much fragmented and reduced ecosystem where fewer species are present, and where there is not such a sheer diversity of life.”

There is no doubt that the Chocó rainforest is bursting with biodiversity – it has the highest plant diversity of the Americas and is home to more bird species in 100 square miles than the whole of Europe. According to Martin, the world currently risks losing the Ecuadorian Chocó and the countless species that call it home – given the “totally understudied” nature of the area, some which are not even known to science.

Not only is this an area of incredible scientific importance – it is also a critical part of the local peoples’ culture and identity. To lose a species as mighty as the jaguar is to lose a part of a spiritual being that many hold close to their hearts. “It’s difficult for us to fully grasp, but being able to preserve jaguar will enable the indigenous people to have a fully functioning forest ecosystem surrounding their villages,” Martin says. “That in itself will help protect their cultural identity.”

Jaguar are the largest cat in the Americas and they can do it all – they are confident swimmers, strong climbers and impressive leapers. Surviving relentless deforestation is, however, beyond the powers of the mighty jaguar; more than ever this year, they need our help.

By supporting our £500,000 ‘Saving Ecuador’s Chocó Forest’ appeal, you can help protect the mighty cat that means so much to Martin, the FJ rangers and local communities.

A rare chance has emerged for our partner Fundación Jocotoco to safeguard the largest remaining tract of Ecuador’s once-vast Chocó forests – the home of Jaguar, Harpy Eagle, Horned Marsupial Frog and one of the most biodiverse places on the planet.