A male Arnoliseus hastatus, a species of jumping-spider only known from REGUA, recently discovered by Dr Renner Baptista and his students. © André Almeida Alves.

Here at REGUA in Brazil’s Atlantic Forest, one of our key objectives is to catalogue the rich diversity of species present at the reserve. If REGUA is to be successful in providing long-term conservation of the Atlantic Forest and biodiversity of the upper Guapiaçu valley, then it is essential that we not only find out which species are found here, but also understand their ecological requirements.

The proximity of the cities of Rio de Janeiro and São Paulo, along with good local infrastructure, increases the threats of urbanisation and deforestation in the upper Guapiaçu valley, but there are also advantages. Compared to more geographically isolated areas, REGUA is within easy reach of national and international academic and natural history institutions. Together with the relatively large expanse of Atlantic Forest remaining here, this makes REGUA an ideal location for scientific research. But there are not only professional scientists at work here. 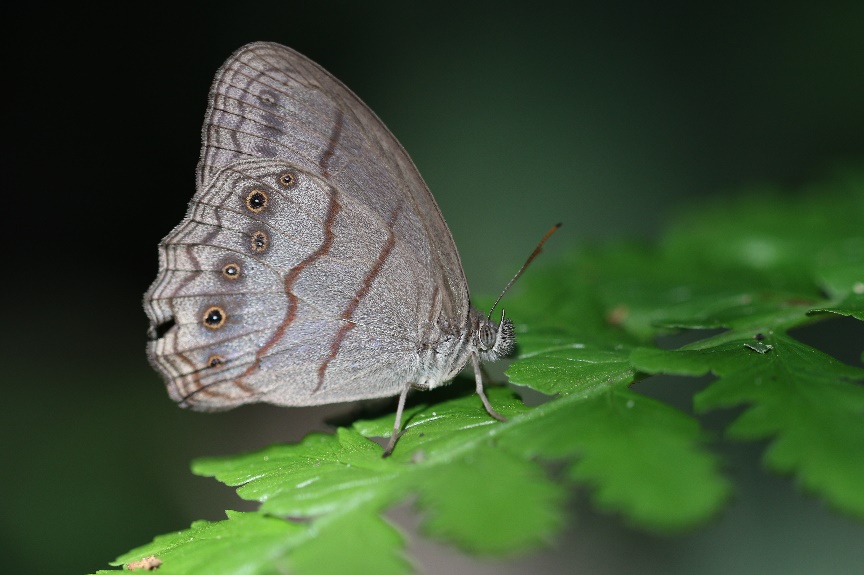 The first photo ever taken of an undescribed satyrid butterfly found at REGUA in 2016. Amateur entomologists working on the very first guide to the butterflies of the region were unable to identify it, but collaboration with scientists at the University of Campinas in São Paulo revealed it to be a new species, recently discovered amongst misidentified museum collection specimens. There has been just one further sighting, again at REGUA, and almost nothing is known about its ecology. © Lee Dingain.

While the concept of citizen science is far from a new one; John Audubon, Mary Anning and Charles Darwin were all citizen scientists; in recent years it has seen a huge renaissance. Advances in digital technologies, particularly the internet, have made collecting and sharing large quantities of data easier than ever, as well as making science more inclusive and accessible. But citizen science is not only for assisting professional scientists, it also allows amateurs to conduct and publish their own scientific research. Citizen science has yet to gain a foothold in Brazil. However, at REGUA amateur naturalists have been collecting and analysing data since the very beginning.

In the early days there was little provision for scientific research at REGUA. There was no laboratory, researcher accommodation, REGUA Research Coordinator, kitchen facilities, dining room, nor 14-kilometre colour marked trail network. Instead, there were some farm buildings situated at the edge of the forest, at the start of what would become the most popular birdwatching trail at REGUA, and a nearby garage. But it was from here that the very first research at REGUA was carried out, and the very idea of REGUA was born.

Ater hearing of some ornithologically unexplored Atlantic Forest in the Guapiaçu valley, in 1995, intrepid British birders, Andy Foster and Stephen Knapp, abandoned their planned birdwatching holiday to spend two weeks sleeping in a garage and exploring the Atlantic Forest of what would one day become REGUA. Amazed by the endemic and threatened birds they encountered, they recognised the forest here to be of high conservation priority and began to raise funds to conserve it. Three years later, after obtaining funding from the Bromley Trust, Andy moved from the UK and into one of the farm buildings to manage the fledgling reserve, record the bird species found, and assisted Stephen with his PhD fieldwork. 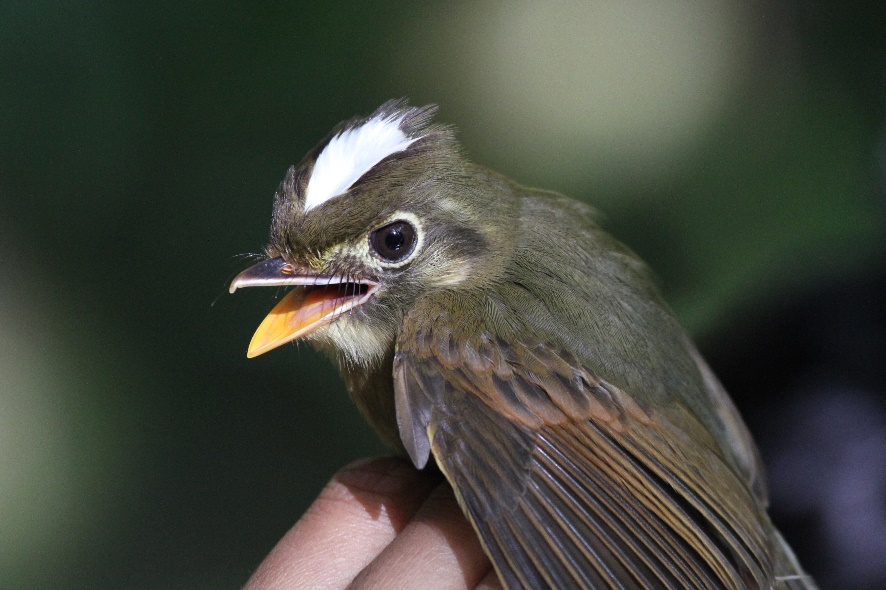 One of REGUA’s speciality birds, the Russet-winged Spadebill Platyrinchus leucoryphus, trapped and ringed in 2011 during a study of altitudinal distribution and displacement of birds in the Atlantic Forest, by PhD student Luciana Barcante from Rio de Janeiro State University. Scientists as well as amateur ornithologists have contributed to our knowledge of the birds found at REGUA, which at 485 species is some of the richest avifauna in the Atlantic Forest. © Lee Dingain.

To enable more research to take place, Andy oversaw the conversion of one of the farm buildings into the reserve’s first dedicated researcher accommodation. In 1999 two amateur entomologists began a survey of dragonflies and damselflies, and the two papers from this research became the very first scientific papers published from REGUA. Then a couple of years later, the first professional scientists arrived to study arachnids.

Two decades on, REGUA has become a bustling hub of scientific research on the Atlantic Forest biome, with links established with 14 universities, including four outside Brazil, and institutions such as the National Museum in Rio de Janeiro. As well as professional scientists, undergraduate and postgraduate students carry out research projects here, on subjects including amphibians, reptiles, birds, fishes, mammals, arachnids, insects, plants, Red-billed Curassow reintroduction, and habitat restoration, and over 75 scientific papers have been published. So far, citizen science at REGUA has focused on birds, Lepidoptera, Odonata, orchids, and recently also fungi. Projects have involved a wide range of tasks including photography, sourcing photos, creating systematic species lists, searching online databases, and consultation of scientific papers and museum collections. There is frequent collaboration with professional scientists and curators, and occasionally peer-reviewed papers are written and published. 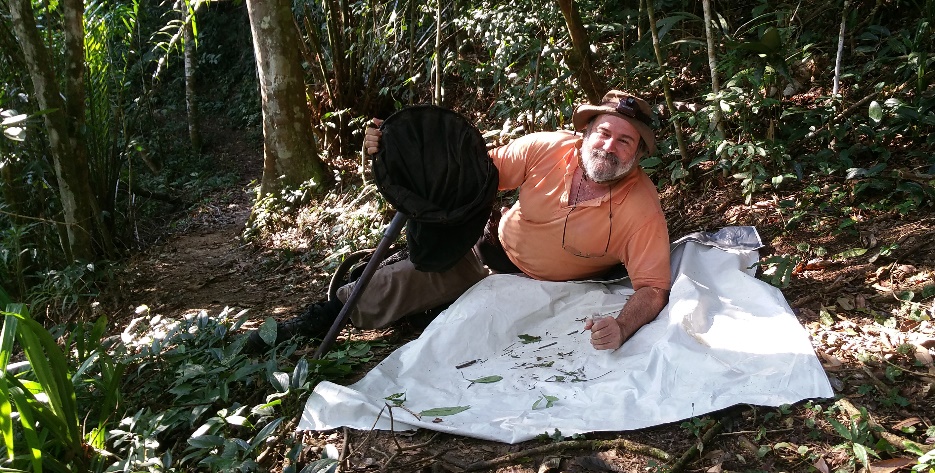 Dr Renner Baptista from the Federal University of Rio de Janeiro, collecting arachnids at REGUA in 2019. Renner has identified 425 species of spiders at REGUA and dozens new to science, nine of which have been described. © Lee Dingain.

A common problem for scientists and naturalists across much of the Neotropics is a lack of identification guides. At REGUA, amateur naturalists are attempting to rectify this and have now published four field guides for the region. 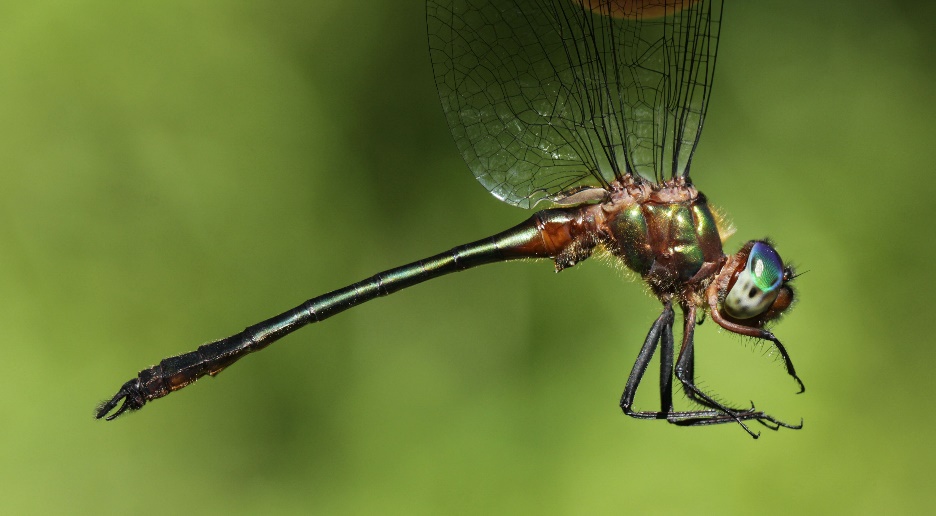 The first record of Kiauta’s Emerald Navicordulia kiautai at REGUA in 2012. This rare Atlantic Forest emerald had only been recorded only twice before, and never in the state of Rio de Janeiro. Identification was confirmed by examination in the hand. © Tom Kompier.

The first field guide to the dragonflies of the area was written by amateur entomologist Tom Kompier. His survey of dragonflies at REGUA, starting in 2011, not only revealed REGUA to be one of the world’s best Odonata hotspots, but also discovered a new species to science, as well as one of the last refuges of a critically endangered damselfly. The book is a milestone for dragonfly identification in this area and includes photos of species photographed in the field for the first time.

REGUA’s latest identification guide, published just a few weeks ago, continues in a similar vein. Research Coordinator Jorge Bizarro and amateur naturalist Alan Martin took on the task of writing the first guide to the butterflies of the region. Five years in the making, the book includes contributions from 78 photographers, and includes many species previously unknown in the area and five undescribed species. 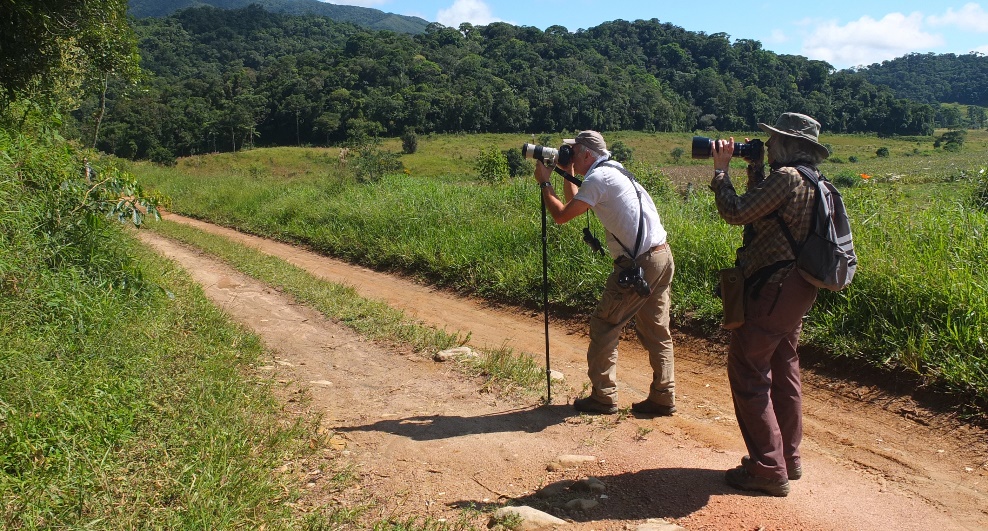 Along with scientific research, identification guides are essential for cataloguing biodiversity. Putting a name to a species encourages connection to the natural world, a prerequisite for nature conservation. In the Atlantic Forest, where there are very few identification guides, the work of these amateur naturalists is vital.

World Land Trust (WLT) is launching today #OurReasonsForNature, a series into the wildlife that inspired each of our team members … 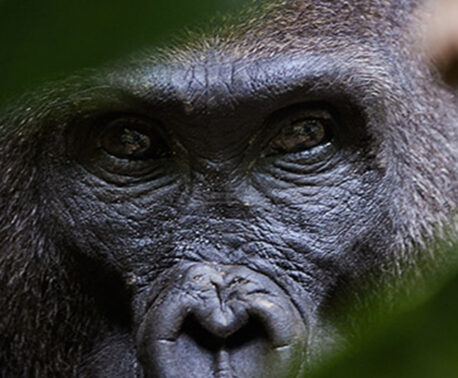 Never before has humankind known so much about the exact ways in which we are destroying natural life. A …