COP26: Brazil’s REGUA as a model of ecosystem restoration amidst the biodiversity and climate crises SEARCH NEWS 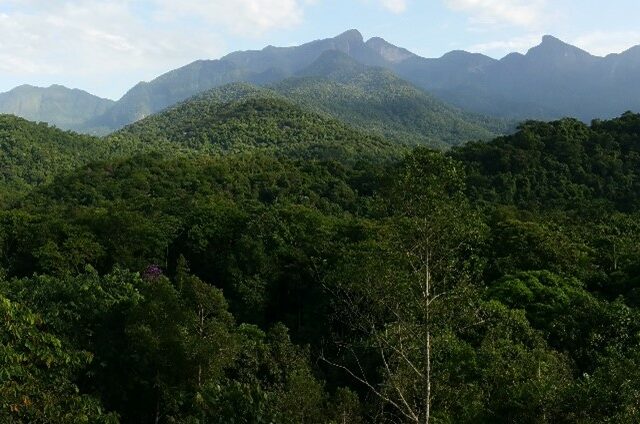 The view from the lodge tower at REGUA across replanted forest and restored wetland, an excellent example of a recovering ecosystem that not only protects biodiversity but also increases carbon sequestration. The reforestation on the hills in the near to middle distance has all taken place within the last 17 years. Image credit: Lee Dingain

As world leaders gather at the COP26 summit to map out a way out of global warming, one thing is clear: there is no solving the climate crisis if the biodiversity crisis goes unaddressed. For proof of the better planet we could have if we simultaneously tackle both by saving land, look no further than World Land Trust (WLT) partner REGUA and their Atlantic Forest reserve in Brazil. As REGUA’s Lee Dingain writes, the return of life as once-degraded habitats were safeguarded and restored shows how transformative land protection can be for conservation, climate and communities.

Anthropogenic climate change and biodiversity loss are the gravest threats humanity faces today. While the former is of great public concern and high on the political agenda, biodiversity loss is considered less important and receives a fraction of the attention. But the two issues are very much inseparable. Human existence and quality of life are dependent on biodiversity for ecosystem services such as climate regulation, carbon sequestration, soil quality maintenance and flood defence. Biodiversity also provides resources like clean water, food and medicines. Along with reducing greenhouse gas emissions, ecosystem-based approaches to mitigating climate change – such as protecting biodiversity and restoring ecosystems – are essential for capturing atmospheric carbon.

Yet the global biodiversity making up Earth’s ecosystems is now declining at such a pace that scientists suspect Earth’s sixth major extinction event is underway. The first UN-backed IPBES Global Assessment Report on Biodiversity and Ecosystem Services, published in 2019, estimates that due to human activity, the global rate of species extinction is now tens if not hundreds of times higher than the average rate over the last 10 million years and accelerating, with a million animal and plant species, including 10% of insects, threatened with extinction. The WWF Living Planet Report, published in 2020, paints a similar picture, with a 68% decline in globally monitored populations of mammals, birds, amphibians, reptiles and fish between 1970 and 2016, and the IUCN Red List now categorises 28% of assessed species as Vulnerable, Endangered or Critically Endangered.

The biggest direct driver of terrestrial biodiversity loss is land-use change. A doubling of the world’s human population over the last 50 years and huge increases in trade and consumption per capita, especially in high-income countries, have led to the destruction of forests, grasslands, wetlands, and peatlands for agriculture, urban expansion, and infrastructure development. To halt or even reverse biodiversity loss and increase our ability to mitigate climate change, it is vital Earth’s biodiversity is conserved and ecosystems are restored.

Fortunately, ecosystems can recover quickly, and nowhere is this more apparent than at REGUA in Brazil’s Atlantic Forest. Looking out from the lodge tower over the forest canopy and wetland towards the 2,000-metre-high Serra dos Órgãos mountains beyond, there is nature in abundance. Mixed-species flocks of birds feed in fruiting trees, tyrant flycatchers adorn seemingly every treetop, and egrets, herons and anhingas fish in the lakes. But just 17 years ago, the scene here was quite different. Instead of a rich mosaic of rainforest, lakes, swamp and reedbeds, there was cattle pasture, arable fields and eroding hillsides.

The São José Farm, site of the wetland at REGUA, in 1987. The humid forest and Tabebuia cassinoides swamp that once existed here was cleared for agriculture. In 2002, REGUA was able to buy the land, which included forest as well as the cleared land, and began to restore the ecosystem in 2004. Image credit: Nicholas Locke

The Atlantic Forest, once one of the largest rainforests in the Neotropics, is today highly threatened after centuries of deforestation. Estimates of remaining forest cover range from 16% to just 7%, making the Atlantic Forest a high conservation priority. REGUA was formed in 2001 to protect the Atlantic Forest of the upper Guapiaçu valley in the State of Rio de Janeiro, and with generous funding, REGUA has expanded to protect 27,859 acres (11,274 hectares) of forest. In addition, since 2004 REGUA has created 43 acres (17.5 hectares) of wetland and restored some of the Tabebuia cassinoides swamp that once existed here, and 624,000 trees of 180 native species have been planted, reforesting an area of 959 acres (388 hectares). The rapidly growing saplings will one day capture large amounts of CO2 from the atmosphere, and with the ecosystem at REGUA recovering, biodiversity has rocketed. 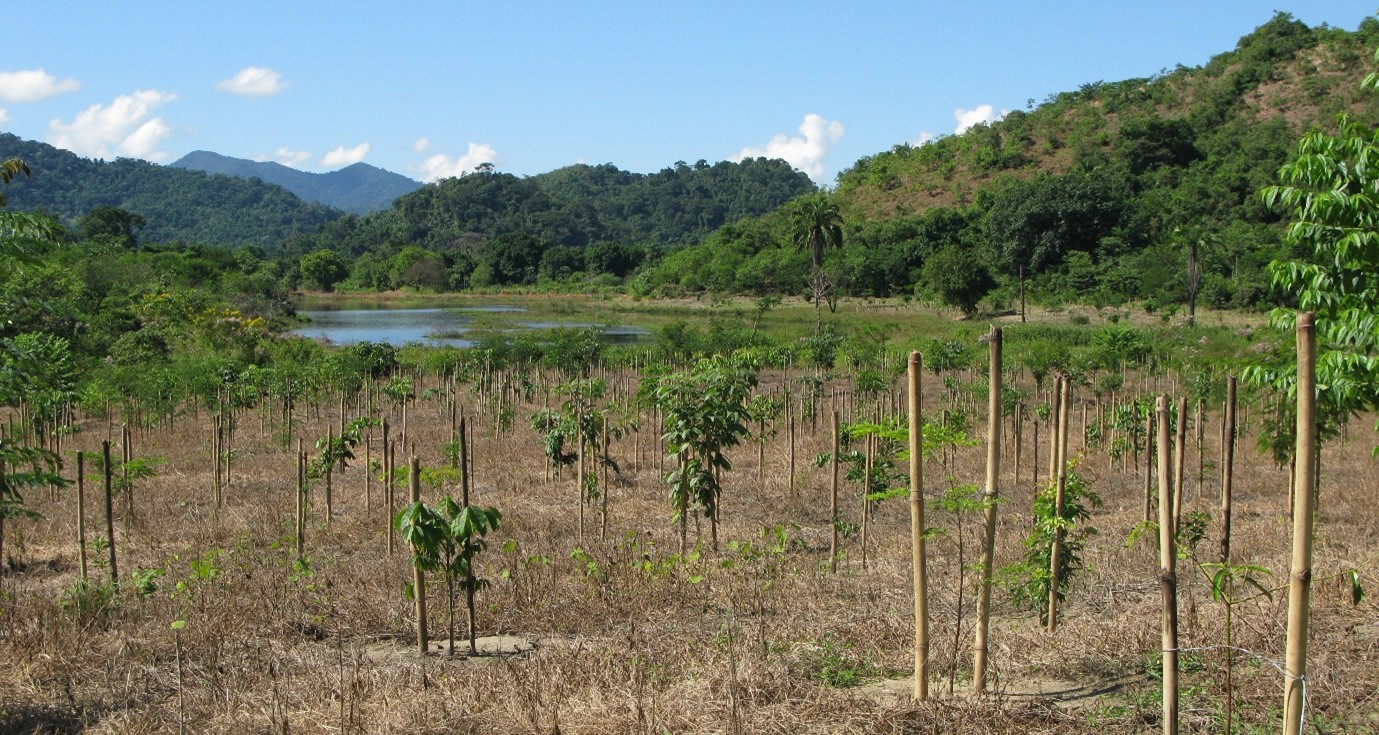 No sooner was the wetland created, vegetation became established, and aquatic invertebrates, fish and birds appeared. Heavily hunted herbivores including Capybara (Hydrochoerus hydrochaeris) and Lowland Paca (Cuniculus paca) moved in, and carnivores such as Broad-snouted Caiman (Caiman latirostris), appeared seemingly from nowhere. As the land around the wetland was reforested and linked to existing forest, biodiversity continued to increase, with omnivores like Crab-eating Fox (Cerdocyon thous) and apex predators such as Puma (Puma concolor) also returning. Incredibly, within just six years all trophic levels at the wetland were restored. 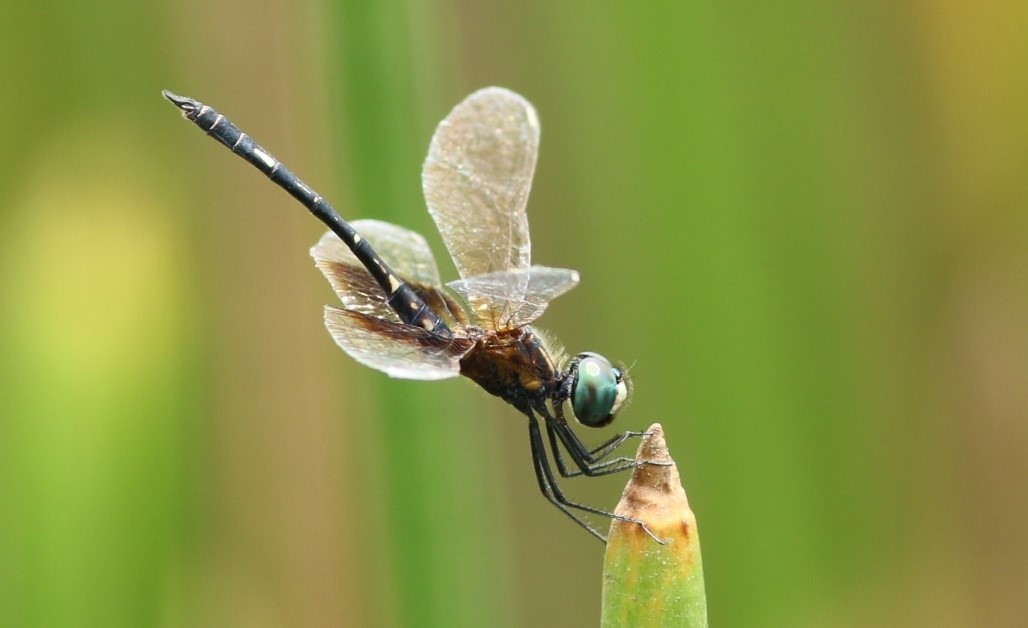 Mantled Skimmer (Edonis helena), found in Argentina and recently discovered at REGUA and a few other sites in Brazil. The protected Atlantic Forest and restored wetlands at REGUA hold the richest dragonfly diversity of any location on Earth, with 208 species present. Image credit: Tom Kompier

Nature is resilient, but for ecosystem restoration to be successful it is vital that the planet’s remaining habitat is conserved to provide refugia from which biodiversity can expand. This is clearly demonstrated by changes in bird populations at REGUA, where species restricted to primary or old-growth secondary forest, such as Bare-throated Bellbird (Procnias nudicollis), Rufous-capped Antthrush (Formicarius colma) and Black-legged Dacnis (Dacnis nigripes) are gradually spreading into newly planted areas as they mature. 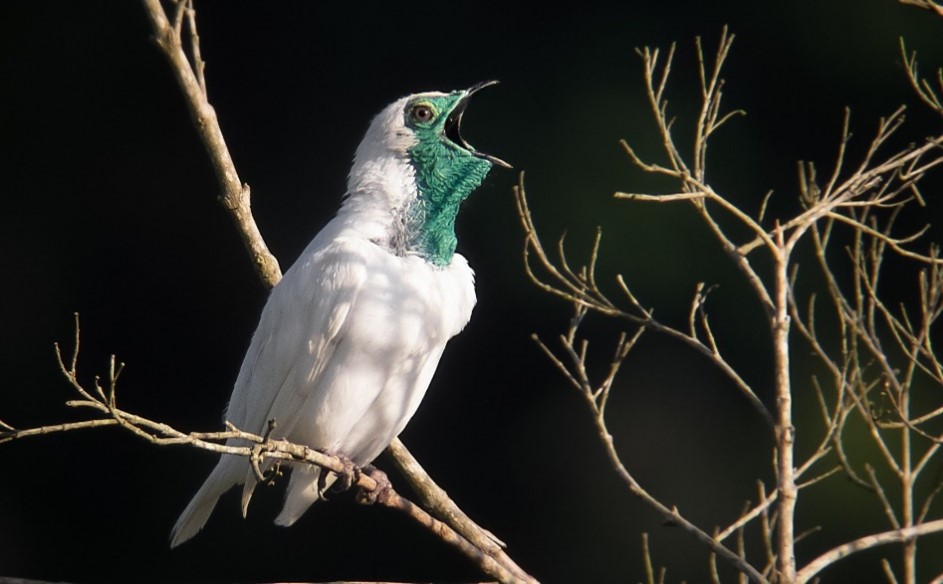 Endemic to the Atlantic Forest, the Bare-throated Bellbird (Procnias nudicollis) is one of many bird species restricted to primary forest and well-established secondary forest that are gradually expanding into reforested areas at REGUA. Last year the IUCN reduced their Red List category from Vulnerable to Near Threatened. However, the population is still declining throughout their range due to deforestation and trapping for the cage-bird trade. Image credit: Gabriel Mello

The next few years are pivotal for the environment, and the need to protect biodiversity is moving higher up the political agenda. At the UN’s delayed COP26 Climate Change Conference, restoring nature and ending deforestation have been proclaimed as vital to achieving global net zero carbon emissions by 2050. At the UN’s much less publicised COP15 Biodiversity Conference in October, attendees set out to protect biodiversity and ensure sustainable use of natural resources by 2050. This year also saw the launch of the UN Decade on Ecosystem Restoration 2021-2030, which calls for a massive scaling up of ecosystem protection and restoration worldwide in order to prevent biodiversity collapse and catastrophic climate change. The UN have emphasised the crucial role that local grassroots conservation organisations play in achieving this goal.

REGUA recognises that local support is vital for the successful protection of the Atlantic Forest. Preventing illegal hunting or reintroducing species would be impossible without it. REGUA is locally run, employs local people, provides environmental education to school children and adults on the threats facing the Atlantic Forest ecosystem and how best to protect it, and facilitates scientific research for local institutions. But REGUA is also an international collaboration, and dependent on donations to carry out its work. REGUA’s success shows that with adequate funding, even a severely degraded ecosystem such as the Atlantic Forest can be protected and restored, benefitting the people that live there, biodiversity, and helping to tackle climate change.

South America’s Atlantic Forest has lost 93% of its original cover but in Brazil, our partner REGUA is fighting back with help from WLT supporters – and what they are doing is working.

With Lowland Tapirs and others now returning to the reserve, REGUA are showing that with the right strategies and the right support, recovery is possible for the world’s most threatened ecosystems. This is crucial work that you can support…

REGUA shows the way forward for climate and conservation – donate today to support it! 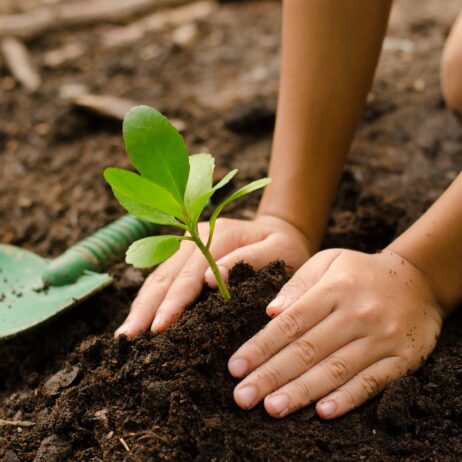