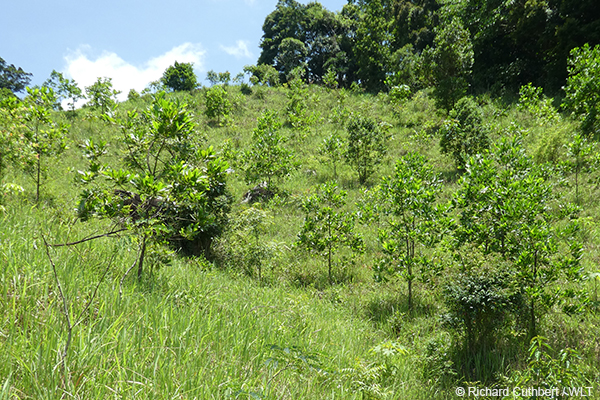 As Scorched Earth to Forest Haven looks to raise £575,000 to support the replanting of Vietnam’s lost forests, we look at some of the tree species that will be used to regreen this extraordinary landscape.

Sitting within the Indo-Burma hotspot, Vietnam is of international conservation importance, with around 10 per cent of the world’s species. World Land Trust (WLT) is currently working with our partner Viet Nature to restore 100 hectares of Annamite forest as part of a national plan to overcome the consequences of toxic chemicals, such as Agent Orange, used during the Vietnam War.

Forests and their ecosystems in the South of Vietnam, especially in Quang Tri Province, were sprayed with defoliants during the conflict resulting in over 100,000 hectares of bare land that cannot naturally regenerate due to highly nutrient-depleted soils and the presence of invasive grass species that shade out and prevent the growth of tree seedlings.

For this reforestation project, a mix of pioneer and slow-growing hardwood tree species have been chosen. Among the 12 species selected, 11 are native to Bac Huong Hoa Nature Reserve (BHH NR) and Quang Tri Province. Only Vernicia montana is not native to the reserve, though it is native to Vietnam, and is now widely grown in Quang Tri Province for its oil and wood. It has been selected as a supporting species for this project because it is easy to grow.

Some of the other native species being planted include:

Erythrophleum fordii, listed as Endangered on the IUCN red list, occurs in monsoon or rainforest up to 800 metres. This species is a valuable timber tree whose range in Vietnam extends from the border with China to Quang Nam-Da Nang Province. Erythrophleum fordii is native to China (Guangdong, Guangxi), Taiwan and Vietnam, although the Chinese subpopulations are largely reduced to trees left standing around living areas. Historically, plantations were established in the 1950s to increase supplies of the hardwood but demands are still in excess of what can be sustainably provided, threatening the survival of this endangered species.

Liquidambar formosana, a pioneer species also known as Chinese Sweet Gum, is native to China, Lao PDR, and Vietnam. It has a wide extent and occurs in several protected areas. Classified as Least Concern on the IUCN red list, this species has no major threats. However, in Vietnam, the species is believed to be affected by general deforestation. Liquidambar formosana is used for timber, urban landscaping, medicinal and ornamental purposes as it produces a gum on trauma that is used to treat dysentery, tumours, rheumatism and arrhythmias.

Bischofia javanica is native to Asia and Oceania and occurs in over 25 countries with an extent exceeding 50 million km2. This large tropical timber tree is assessed as Least Concern on the IUCN red list and currently has no major threats. Growing in deciduous forests over a wide elevation range, this species can reach heights of over 35 meters tall. Used for timber, this species is often found in plantations, providing timber for construction and handicrafts. It is also harvested for charcoal or fuelwood. In addition, like Liquidambar formosana, parts of the plant also have medicinal properties. 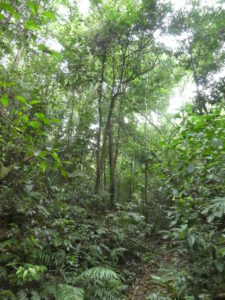 Forest restoration on Agent Orange affected land will benefit wildlife by expanding and connecting existing habitats, benefit the local communities who will be employed for tree planting, as well as long-term environmental benefits of cleaner air and water. As the forest spreads throughout the region, it will also contribute benefits for global climate through carbon sequestration. With Viet Nature’s long-term plans to reforest 3,500 acres throughout Bac Huong Hoa Nature Reserve, this first large-scale project of its kind will provide a model for further forest restoration across the rest of the reserve and more widely in Vietnam.

Donate now to the Scorched Earth to Forest Haven appeal: 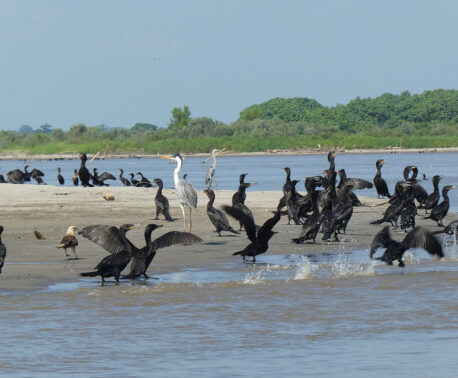 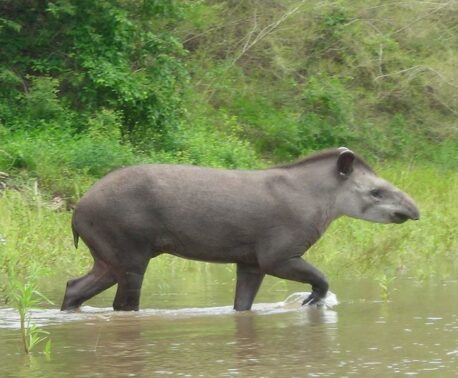