The use of Agent Orange over 50 years ago left more than 100,000 hectares of bare land across Vietnam. Invasive grasses took hold, covering the hillside and making it impossible for trees to regrow. We are fundraising £575,000 for the project, which will allow Viet Nature to begin the process of restoring healthy tropical forest – a vital refuge for rare species left displaced and exposed.

This is no easy task. Your donation will help fund an ambitious, labour-intensive project to rejuvenate the depleted soils, clear the invasive grasses, and plant native tree seedlings. These trees will then be protected over the next decade to ensure the new forest is successfully established.

All donations to Scorched Earth to Forest Haven will help Viet Nature to begin this process, bringing back a lush tropical forest teeming with rare species, such as the flamboyant Red-Shanked Douc, the elusive Crested Argus, and the beautiful but critically endangered Sunda Pangolin.

“The target areas for restoration are currently dominated by invasive grasses,” says WLT Chief Executive Dr Jonathan Barnard. “Restoring them to healthy, biodiverse forest is no easy task. But with the generous help of our supporters, WLT can fund an ambitious project to rejuvenate the depleted soils, clear invasive grasses, nurture native tree seedlings and care for them until they’re established.” 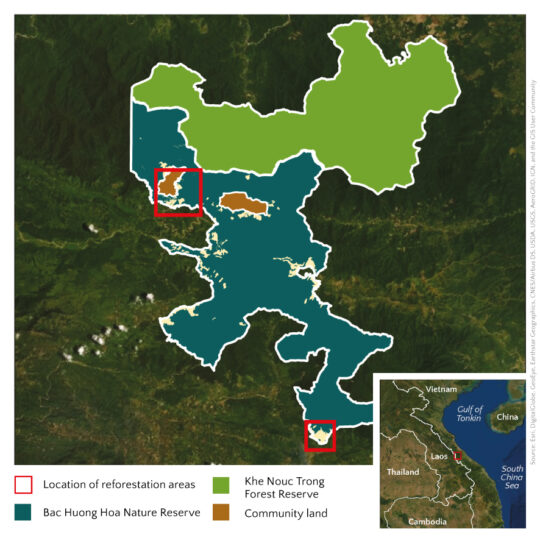 This reforestation project supports re-establishing a healthy, biodiverse forest. 120,000 trees will be planted across 74 acres in Huong Lap and 172 acres in Huong Linh as a crucial first step towards Viet Nature’s aim of restoring 3,500 acres of degraded land in Bac Huong Hoa Nature Reserve.

As forest re-cloaks the hills, it will reconnect with nearby surviving forests, creating one of the largest remaining areas of Annamite forest. Wildlife will be able to colonise the spreading jungle, providing vital habit to Vietnam’s extraordinary, but threatened, biodiversity. 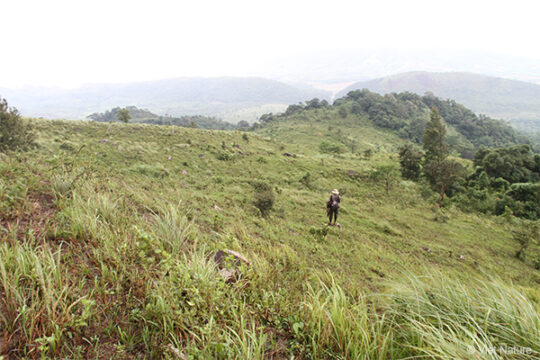 Why is this project important?

Planting the seeds to transform Vietnam’s scorched earth to a forest haven will not only restore a lost ecosystem, safeguarding biodiversity and increasing habitat range for many threatened species; it will also rebuild a healthy environment for local people, and tackle climate change by sequestering carbon.

How will the money be spent?

Viet Nature will be working with the local community to implement this project and a local nursery will provide seedlings from 12 key native trees, including pioneer species that will grow quickly. Alongside Viet Nature, local men and women will undertake the clearing, digging, carrying and planting. Your donation will ensure that the project’s aim to plant 120,000 trees – in areas often only accessible by foot – will be reached. Viet Nature will monitor seedling survival, and where required seedlings will be replanted, ensuring an over 90% survival rate.

What could these areas of degraded land be like following restoration? Writer and WLT Council Member Simon Barnes visited Vietnam recently and describes “walking into towering cathedral rainforest and getting the feeling of life going on all around you”.

Vietnam is one of the world’s most biodiverse countries – home to more than 13,200 terrestrial plant species and around 10,000 animal species. Its tropical forests are particularly rich in life, with no fewer than 25 primate species – 11 of which are at risk of extinction. Scorched Earth to Forest Haven will benefit many of the species Viet Nature and WLT already protect in Khe Nouc Trong Nature Reserve, including Red-Shanked Douc, Southern White-cheeked Gibbon, Hatinh Langur, Northern Pig-Tailed Macaque, Stumped-tailed Macaque, Sunda Pangolin, Annamite Striped Rabbit and Crested Argus.

Over-exploitation and fragmentation of Vietnam’s forests not only threatens its astonishing primate biodiversity, but also the future of numerous other endangered species. By restoring the forest to link with existing reserves, we will not only increase forest area and lock away carbon but also make a real difference for Vietnam’s extraordinary biodiversity.