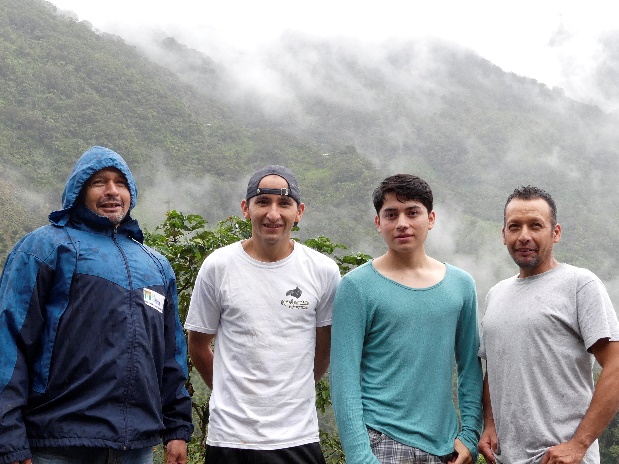 Let’s take a trip to Ecuador, to the’ forests in the sky’ – reserves protected for wildlife between Los Llanganates and Sangay national parks (roughly 18km as the condor flies).

Fundacion EcoMinga was founded fifteen years ago to save these threatened cloud forest so that animals like the rare Mountain Tapir (Tapirus pinchaque), Spectacled Bear (Tremarctos ornatus), Puma (Puma concolor) and Black-and-chestnut Eagle (Spizaetus Isidori) may continue to be able to pass safely between the northern and southern ranges of the eastern Andes. WLT supporters have helped create this ecological corridor, which now protects more than 17,000 acres (7,000 hectares) and provides continuous habitat between the two parks. But who makes sure the forests stay safe? This father’s day we are celebrating two heroes of the forests, father and son Jesus and Darwin Recalde. 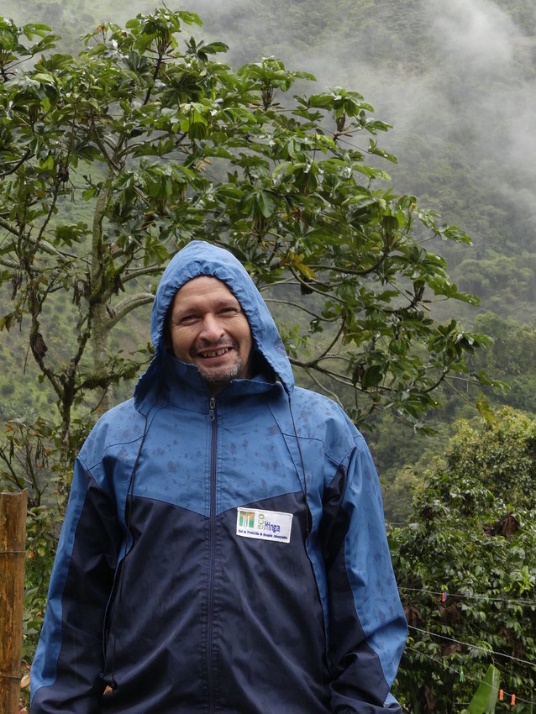 FROM FATHER TO SON

Saving the land is one thing, but how do you make sure it stays out of harm’s way, away from the chainsaws and the poachers? This relies on the Keepers of the Wild, the unsung heroes of the reserves who work tirelessly, on constant call to tackle all emergencies, from signs of illegal poaching of timber and wildlife to forest fires to landslides following heavy rain. The qualities needed to be a reserve ranger working in rural Ecuador are many, and it takes more than stamina and endurance to succeed in these remote areas, alongside local people who have their traditions – which may not always be in sympathy with wildlife. Fundacion EcoMinga has been fortunate to have a remarkable man, Jesus Recalde, who has all these qualities and more.
Until last year, Jesus had been a Keeper of the Wild with EcoMinga for twelve years, since the early days, and during that time he has helped guide the evolution and growth of the organisation with his gentle wisdom. Lou Jost, co-founder of Ecominga, takes up the story here:

“Jesus first came to my attention through the signs I’d sometimes come across deep in the forests. Long before Fundacion Ecominga existed, I would encounter them during my botanical explorations in the area which is now our Cerro Candelaria Reserve, and I was intrigued. One of the signs, in the middle of this fairly remote forest, said “No cazar los aves” (“Don’t hunt the birds”), an unusual sentiment at a time when every kid in rural areas carried a slingshot to kill birds. Years later I learned that Jesus was the author of these signs, and that he had even planted a quarter-hectare plot with flowers and fruits that attracted birds, instead of with human crops. Around here nobody does that. This was an unusual man.

“The first reserve guard we hired for EcoMinga was Abdon Recalde, who I discovered was Jesus’ brother, and he too was an exceptionally sensitive and honest man. It was through him that I came to know Jesus. At the time, the country was in an economic crisis, and Jesus and his family were desperate. Like many Ecuadorians, he was considering moving to Spain to find work so he could send money home to support his family. His young daughter Diana made him rethink that plan when she asked him point-blank how he could abandon her for money… So he and his wife Piedad found my house in Baños and asked if he could be a second guard for our growing reserves. I was nervous about being able to find funds to cover his salary, but we took the risk and hired him.”

“Jesus introduced me to members of his extended family, some of whom have joined our team. Their personal qualities — curiosity, intelligence, and integrity — were the key to the success of our foundation; we did not have to micro-manage them but rather we worked as a team of equals, co-managing the reserves. Every visitor who interacted with them came away inspired and impressed. Today our “Team Recalde” is famous among Ecuadorian biologists, and they are frequently asked to help out in field research.

“At odds with this story is the fact that Jesus and his brothers were voracious hunters when they were younger. That is, until the day that Jesus shot a mother monkey with a baby. As the mother died in front of him, she looked at him with a face so full of pain that it could be understood across species. Jesus was shaken to his core; this was his conversion experience, and he never again killed anything. He planted his bird plot as repentance, and vowed to live the rest of his life trying to redeem himself for the damage he had caused in his youth. Jesus became a leader of his community, and was elected its president. In this position he helped his community develop an ecological conscience, and worked to integrate them into our conservation work.

“Last year Jesus began to feel that he couldn’t keep up with the younger guards, and asked to retire. He asked that his son Darwin replace him permanently.” 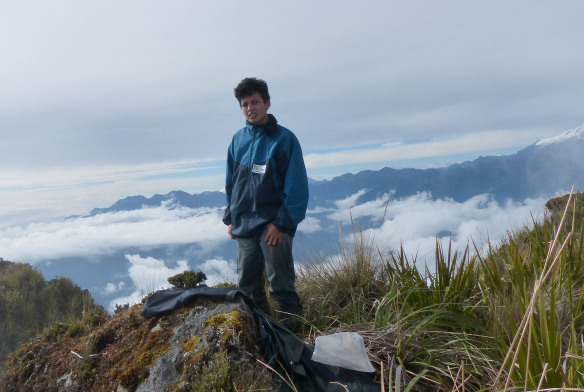 FOLLOWING IN HIS FATHER’S FOOTSTEPS AND ALREADY A LOCAL HERO

“Darwin had occasionally filled in for Jesus in the past, on jobs that were especially demanding physically and we were of course delighted that Darwin would be Jesus’s replacement. Darwin is a local hero of ours, as he (along with other members of the community) risked his life to pull people out of the mud when a landslide swept a bus off the road. It can rain for days on end but then there could be a long drought. Landslides occur with varying degrees of damage – you wouldn’t want to be a truck that is suddenly hit by a landslide in these conditions. On one occasion a bus of students on a school outing was hit by one of multiple landslides that fell on the Banos-Puyo road that goes past most of our reserves. The accident happened at El Placer, the town where our guards live. Ambulances could not get there quickly because of the landslides, and professional rescue workers had to arrive on foot. Darwin and his neighbours were quickly at the scene, rescuing casualties. They knew that more material could fall on them at any time during the rescue, but this is the kind of people they are, willing to risk their lives to help others. And they are passionate about the land and biodiversity that they protect.”

World Land Trust honours both Jesus and Darwin on this Father’s Day, 2020

WLT funds Darwin and his colleagues to protect Fundación EcoMinga’s reserves through the Keepers of the Wild, which funds rangers on WLT’s partner reserves.