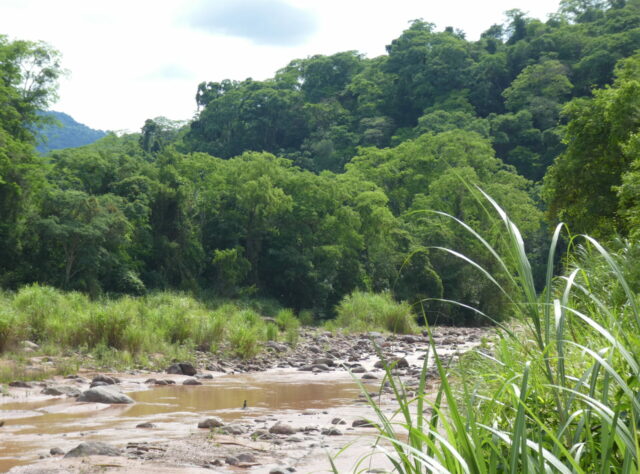 By Richard Cuthbert, Director of Conservation at World Land Trust.

El Pantanoso Reserve in the spectacular Yungas forests of north-west Argentina has always had a special draw to me since I started work with World Land Trust. Tales and images of Jaguar, Puma and Lowland Tapir, along with epic floods and difficult journeys to access the area, had fired my desire to see this reserve. More critically, I wanted to understand its importance as an 11,000 acre corridor between Calilegua National Park and Estancia Urundel, a large adjoining forest area, and the ongoing protection needed to sustain this reserve, which is owned and managed by WLT Partner Fundación Biodiversidad Argentina (FBA).

With FBA biologist Soledad de Bustos, former FBA president Obdulio Menghi and board member Victoria Lichtschein, we journeyed for four hours along the almost straight highways running north from the city of Salta in northern Argentina, before taking an abrupt left turn and moving from highway to byway – and from tarmac to mud. After another hour of wheel spinning, pushing and some digging, our four-wheel drive stopped at the banks of the Pantanoso River and opposite the small field base and ranger camp of the reserve, that were clinging to the opposite river bank. After wading across the river, to my surprise as we were only visiting for the day, Soledad, Victoria and Obdulio started to race to erect a tent. My surprise turned to a dawning realisation as the camp clearing descended into a midge-like swarm of mosquitoes. Insect repellent, long sleeved clothing and non-stop pacing proved useless to the task, and after 15 minutes, I abandoned the outside for the safe confines of the tent where Soledad was quietly running through the latest camera traps images of Jaguar, Puma and other larger fauna.

As conservationists we tend to focus on these larger species or “charismatic megafauna” to use official terminology, as their presence typically confirms the overall health of the ecosystem and reserves that our partners are trying to protect. And because they also help to generate interest and support for these projects. Yet, at the base of such a food chain are the microbes, bacteria, springtails, mites, nematodes and insects that together comprise a far greater biomass and diversity of species. The cloud of hungry mosquitoes outside the tent were just as much a barometer of the reserve’s health as the large cat images captured on the cameras, and where there is such an abundance of life there will be other species exploiting this. As we left the site, Karu, FBA’s local ranger and one of WLT’s Keepers of the Wild (and seemingly immune to mosquitoes), thumped on the vehicle roof to stop and point out a Little Nightjar that was sat almost invisible on the forest floor. Later that night it would be one of the first species to emerge at dusk and feed on the mosquitoes and other insects.

Four months later and a recent report, published by FBA, confirms the importance of Pantanoso for another group of species with the recognition of the reserve as an Area of Importance for the Conservation of Bats by the Latin American and Caribbean Network for the Conservation of Bats. The bats, nightjars and a huge array of other species are all supported by Pantanoso’s mosquitoes and other insects, and together make up the wider biological diversity of the area. 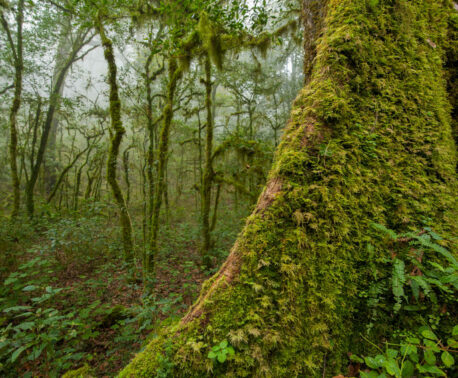 Some of Earth’s oldest stories are about people and forests. After all, is there anywhere that we so acutely feel …