Covering a mix of standing Atlantic Forest, past grazing pasture and restored wetlands the reserve spans from 30 metres above sea level up to 2,000 metres, encompassing a range of unique habitats. With WLT support, local partner NGO, also called REGUA, are working towards their long term goal to protect all remaining forest of the upper Guapiaçu river basin. 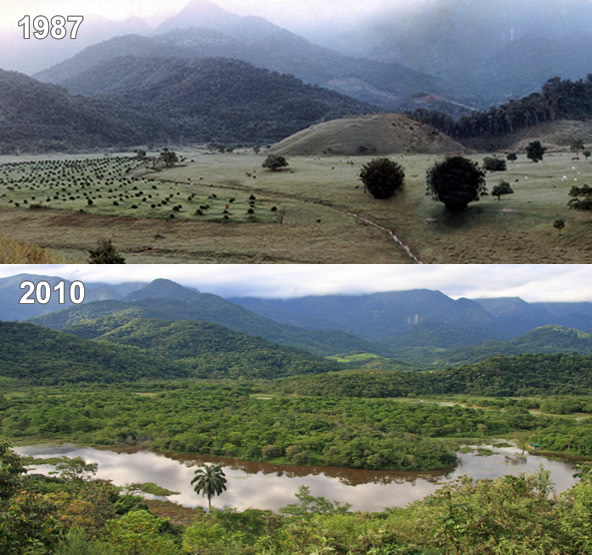 The massive destruction of the Atlantic Forest is one of the biological tragedies of this century and preventing further forest loss is a priority for conservation efforts. In order to protect the forest of the upper Guapiaçu, WLT is funding REGUA’s land purchase programme to secure threatened forest and pastures that can be replanted to expand future forest cover.

Localised forest clearance for cattle grazing, logging and the spread of urbanisation continue to threaten the forest and wildlife but by purchasing and incorporating vulnerable areas into REGUA, we can ensure the ongoing continuity and protection of the Atlantic Forest. Supported by WLT, REGUA are expanding their current reserve to create a protected corridor to the nearby primatology reserve (Reserva Paraiso). A team of rangers supported by WLT’s Keepers of the Wild programme also ensures the reserve remains protected.

Many of the plots of land purchased include degraded forest and pasture. REGUA has an ambitious restoration programme which WLT supports through its Plant a Tree Appeal and other dedicated funding. So far REGUA has planted over 110,000 trees with support from WLT, leading to the return of much of the area’s native wildlife.

The Atlantic Forest, of which only 7 per cent of the original forest cover remains, is a centre for endemism meaning many species are found nowhere else in the world. Importantly this region of Brazil is one of the last locations where original Atlantic Forest remains intact at all altitudes making the reserve a vital refuge for many of these species.

Over 60 species of mammal can be found in the REGUA reserve, including the Endangered Southern Woolly Spider Monkey or ‘Muriqui’ (Brachyteles arachnoides) now restricted to remaining Atlantic Forest fragments. REGUA are also in the process of increasing their mammal count by reintroducing Brazilian Tapir, a species which has been extinct in Rio state since 1980.

Lying within both an Important Bird Area (IBA) and Endemic Bird Area (EBA), the REGUA reserve is rich in avian life. There have been 470 bird species recorded, including the Endangered Red-Billed Curassow (Crax blumenbachii) and Brown-black Parrolet (Touit melanonotus) and the Black and Gold Cotinga (Tijuca atra) which is endemic to the Sierra dos Órgãos. Over 70 species of amphibian have so far been recorded at the reserve, including the Endangered Central Humming Frog (Chiasmocleis lacrimae) and more dragonfly and damselfly species are found at REGUA than anywhere else in Atlantic Forest including Minagrion ribeiroi which may now only be found within the reserve. 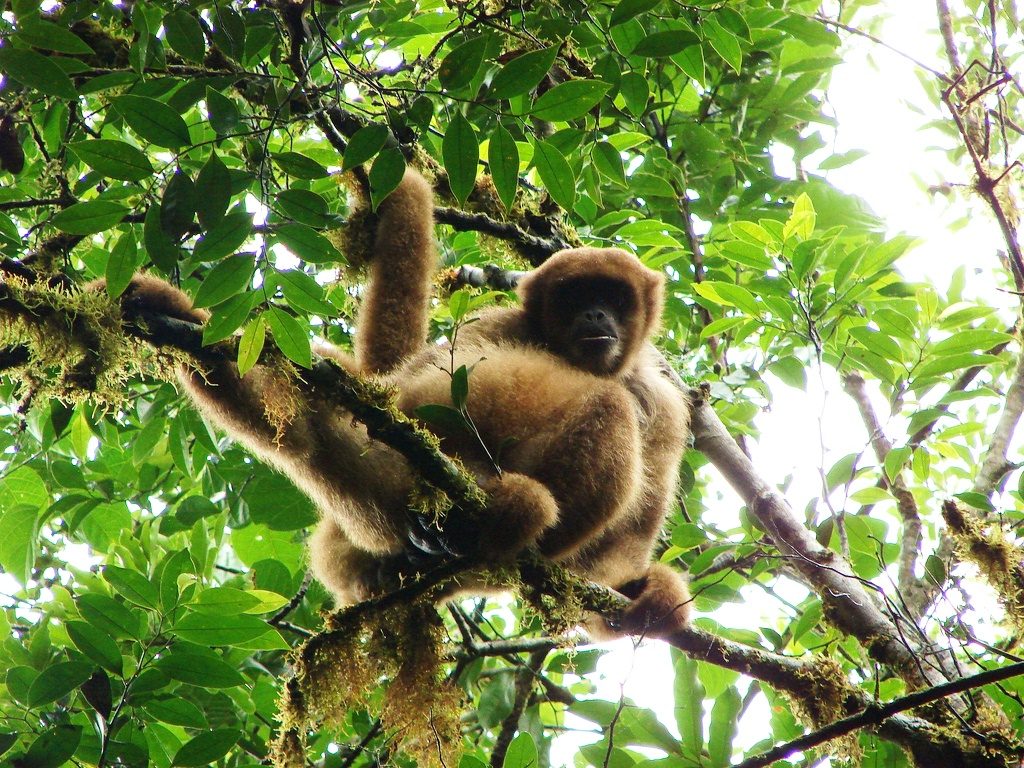 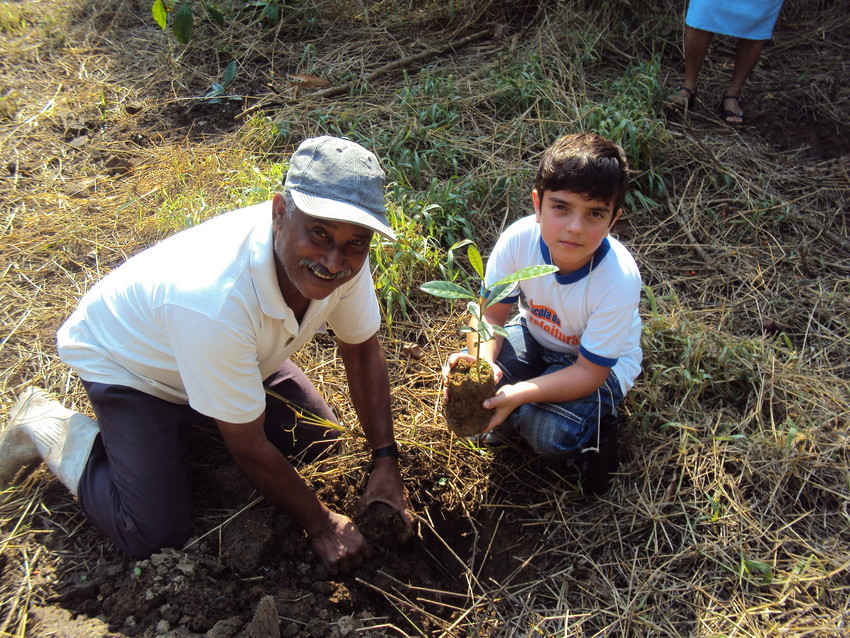 Living within the Guapiaçu district are the rural communities of Guapiaçu, Matumbo, Estreito, St Amaro and Boa Sorte. REGUA’s staff are all employed from the local communities and are empowered to protect their surrounding environment. Their rangers are often ex-hunters whose knowledge of the forest is now an asset to their work in conservation. In addition to land purchase, REGUA also holds a number of management agreements with neighbours including the Brasil-Kirin Brewery who own nearly 3,000 hectares of forest within the water basin.