The proboscis monkey has a very distinctive appearance. The males in particular grow long noses, which may hang down over their mouths. Theories suggest the length of the nose is a result of sexual selection by the females who may prefer larger noses and louder calls (larger noses increase the sound of a call). The females and juveniles noses’ do not grow to such an extent; however they are larger than in any other primate.

Males reach a body length of around 75cm and weight of 20kg, which is much larger than the females of this species, who weigh 7-12 kg. Generally they are cream/brown in colour, although their limbs are greyer and they have redder hair on the head and shoulders [1]. This species has a large pot belly due to their diet of mainly young leaves and fruit which requires a large stomach with digestive bacteria.

Proboscis monkeys are unusual in the fact that males and females may both move between social groups throughout their lives. Normally a group will consist of a single mature male and a harem of females or a bachelor group. However, females also compete to mate with males and may swap harems a number of times [1]. 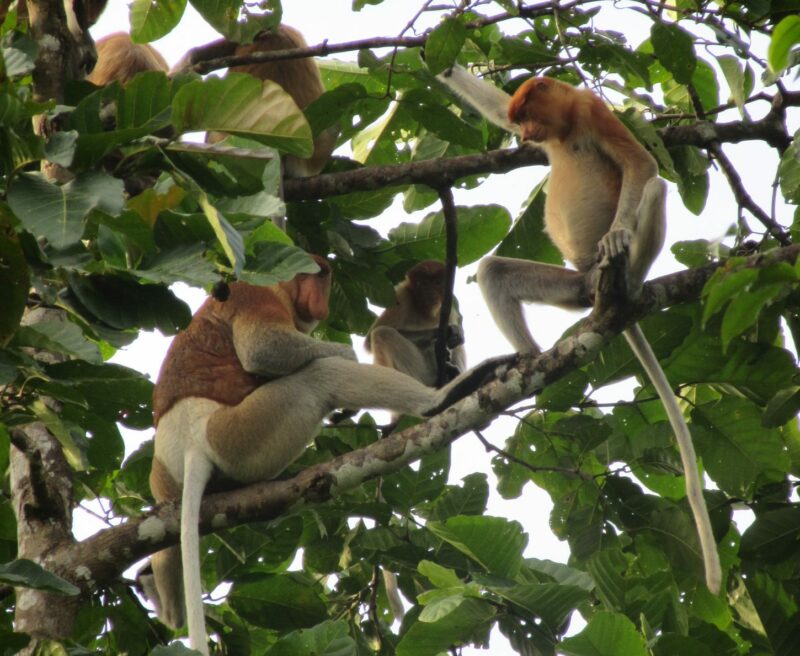 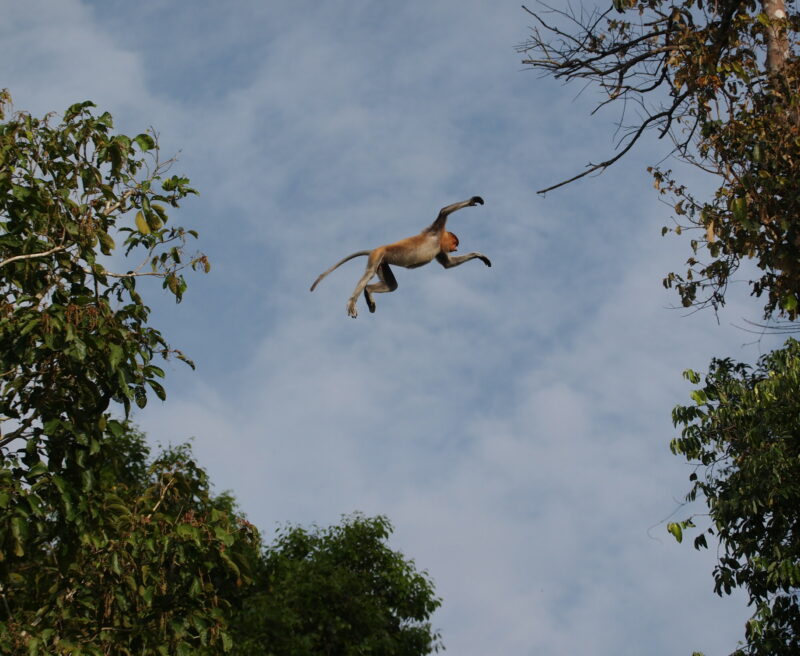 The species is endemic to Borneo. They are found in coastal mangrove forests and lowland forest within close proximity to rivers, as inland forest lacks required dietary minerals. They are good swimmers having partially webbed feet and will cross rivers regularly or jump into the water if threatened. The largest populations in Sabah, Malaysian Borneo, are found in the Lower Kinabatangan floodplains.

Proboscis monkeys have declined at a rate of approximately 50% in the last 40 years, according to the IUCN Red List of Threatened Species. This is as a result of habitat destruction for logging and oil palm plantations, but hunting for food and traditional Chinese medicine also occur.

There are two possible sub species of the proboscis monkey N.l. lavatus and N.l. orientalis. The subspecies are identified by where they live. Those living in the North East Kalimantan are thought to be N.l.orientalis, however the two are not different in appearance and some organisations do not acknowledge N.l.orientalis as a separate sub species.