In the genus of 20 or so species of macaque, tails can either be long, medium, short or absent. As its name suggests, the Northern Pig-tailed Macaque distinguishes itself with a rather stumpy tail – reaching just 23cm in length – that is often held curled upwards like a pig’s tail. Another striking feature is the patch of dark fur on the head – something it shares with its close relative, the Southern Pig-tailed Macaque. To tell the two species apart, look carefully at the face and you can see that the northern species appears to have applied mascara – dark lines extend diagonally from the outer corners of its eyes. A medium sized monkey up to 58cm long, males can weigh 7-9kg and females 4-6kg.

Although they are accomplished climbers, dashing into the canopy if danger threatens, Northern Pig-tailed Macaques spend most of their time on the forest floor, foraging over large distances for fallen fruit and supplementing their diet with insects, seeds and leaves.

Typical of this group of Old World monkeys, Northern Pig-tailed Macaques are gregarious, living in social groups of between 9 and 81 individuals. The troop is dominated by an alpha male and there is a hierarchal ranking system for both sexes. Complex relationships exist within the group, with individuals communicating using a repertoire of gestures, postures and contact. Quarrels and fights are not uncommon, but prevention of conflict has been observed in macaques splitting into smaller groups for foraging. Breeding occurs throughout the year and the average gestation period is 170 days. 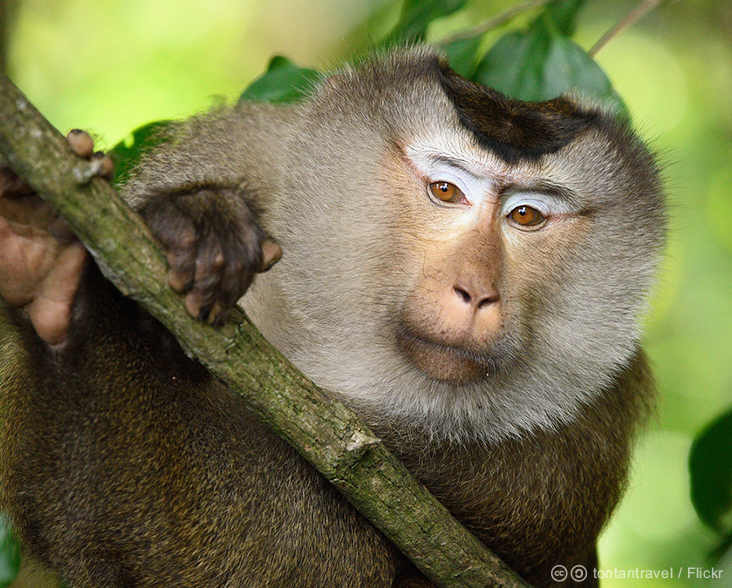 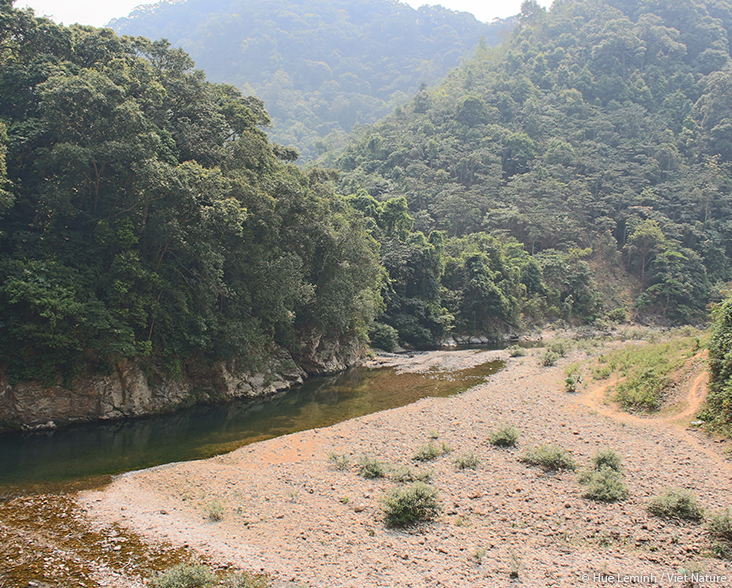 The Northern Pig-tailed Macaque is found in tropical forests across Southeast Asia, including parts of Burma, Thailand, Cambodia, Laos and Vietnam. They are also found further west in Bangladesh, India and parts of southern China. More open, less dense forests are sometimes preferred as these enable the macaques to keep in visual contact and use less vocal communication, reducing the chance of conflict with other primate species. In Vietnam, Northern Pig-tailed Macaques are often associated with hilly forests at elevations below 500m, but in China they can roam to 2,000m.

The Northern Pig-tailed Macaque is currently in decline and it is listed as Vulnerable on the IUCN Red List. A major threat is habitat loss due to logging and deforestation for agricultural land. The species is also subject to hunting for food, sport and traditional medicine. In Thailand, captive males are trained to pick coconuts on plantations. Currently, Northern Pig-tailed Macaques are found within conservation sites and the species is included in international legislation surrounding its management and trade. 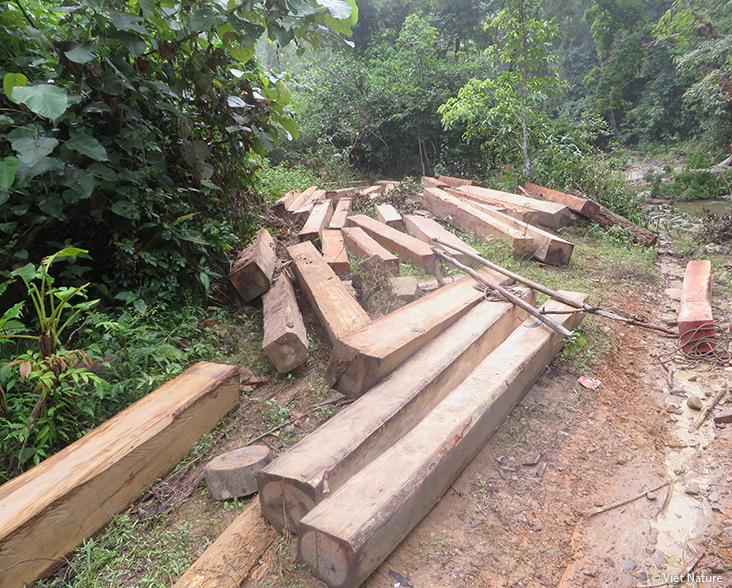