This terrestrial gamebird, also known as Swierstra’s Spurfowl, is endemic to Angola. Reaching a size of around 33cm, it is distinguished by a red bill and red legs which contrast with its plumage. The face and underparts are mostly white, with spots of black beneath black bands that stretch across both eyes and breast. The upperparts are dark brown in males and paler in females, approaching a rusty colouration.

Rare, shy and elusive, Swierstra’s Francolin is found mainly within or on the edges of Afromontane forest. It can be identified by its rough cackling call. When under the forest canopy, it favours the dense undergrowth of bushes, shrubs, grasses and large ferns, feeding on grass and legume seeds and insects picked from the leaf litter.

A montane-restricted species, it has also been recorded on rocky and grassy mountainsides, in tall grass savannas on mountaintops, and in gullies filled with rank growth and bracken. Virtually nothing is known about its breeding ecology. 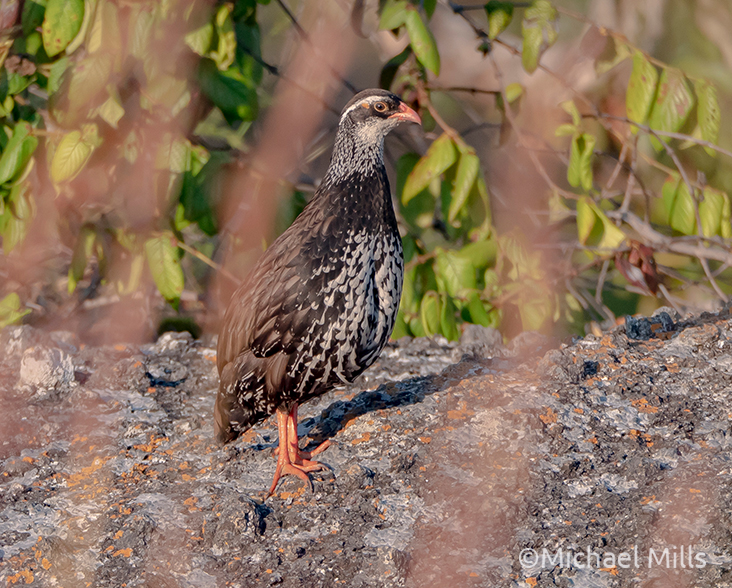 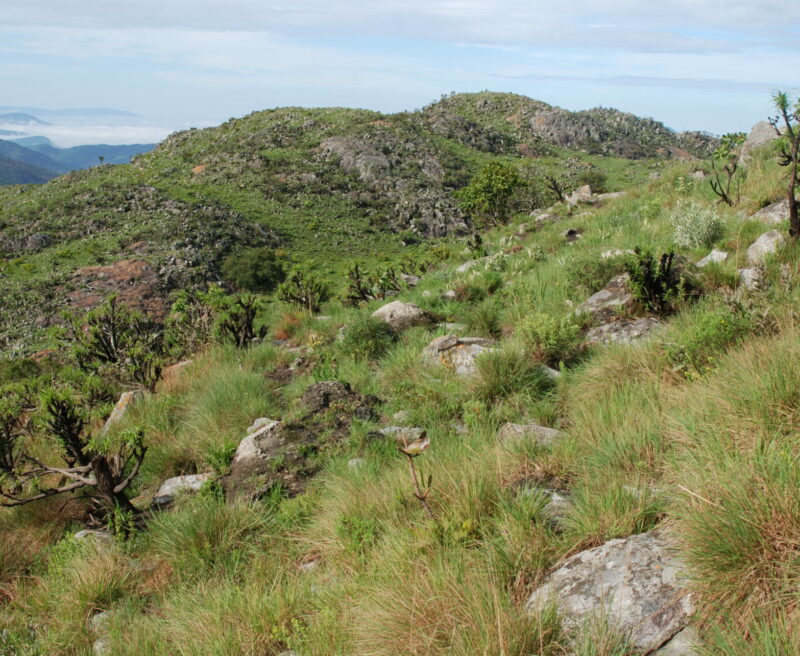 Swierstra’s Francolin is heavily reliant on Afromontane forest, the most isolated, restricted and threatened habitat type in Angola. The 700 ha that remain are under threat from grassland fires and clearance for subsistence farming. Swierstra’s Francolin also faces hunting pressure in parts of its very small range. Population estimates for the species have been hampered by a lack of data – it was not recorded at all between 1971 and 2005, due largely to the Angolan Civil War – but the latest IUCN assessment in 2016 found that there could be as few as 1,000 mature individuals left.

In 2022, WLT partnered with Fundação Kissama to protect the second-largest area of Afromontane forest in Angola, home to the largest-known population of Swierstra’s Francolin. Our project is situated on Mount Moco, which also provides habitat for eight other endemic birds. WLT will be funding fire management work, the planting of 1,000 trees per year, and the protection of 6,455 ha of land that will be brought under community management. The project aims to boost Mount Moco’s Afromontane forest coverage from 85 ha to 200 ha following these interventions.