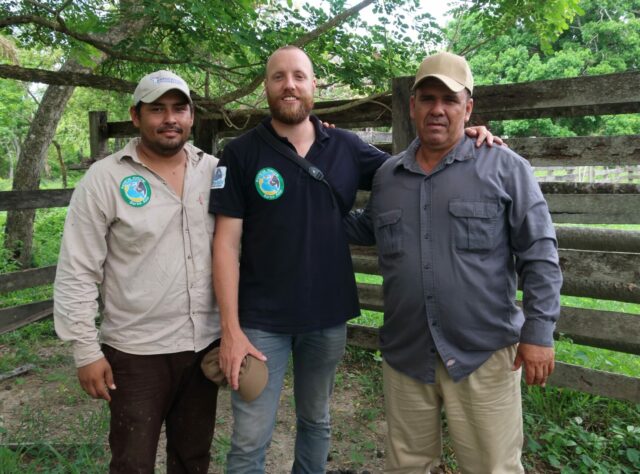 Dutch biologist Tjalle Boorsma always thought his career would lead him to the tropical rainforests of the world.

His love for these ecosystems began at the age of eight, when he gazed in wonder at hornbills and orangutans on a family adventure through Indonesia. But after graduating with a master’s degree in Forest and Nature Conservation, it was the savannahs of northern Bolivia that came calling for Tjalle – and he hasn’t left since.

Today Tjalle serves as the Conservation Program Director for World Land Trust (WLT)’s partner in Bolivia, Asociación Armonía, supervising conservation actions throughout the country. We’ve long known how integral he is to Armonía’s good work, so we were overjoyed to learn of his recent Future For Nature (FFN) Award!

The FFN Foundation supports young, talented and ambitious conservationists who are doing inspirational work across the world. In his video presentation (see above) to FFN, Tjalle speaks about his award-winning efforts to protect the critically endangered Blue-throated Macaw, a species of parrot whose range is restricted to a small area of northern Bolivia. You can also watch the livestream of the virtual FFN award ceremony here.

With just 450 individuals left in the wild, the Blue-throated Macaw is under serious threat of extinction, which makes the conservation work done by Tjalle and the rest of the Asociación Armonía team all the more vital. Intelligent and gregarious, these brightly hued birds make their home in the Beni Savanna; some 32,000,000 acres (or 50,000 square miles) of grasslands and palm-forested islands in remote northern Bolivia. 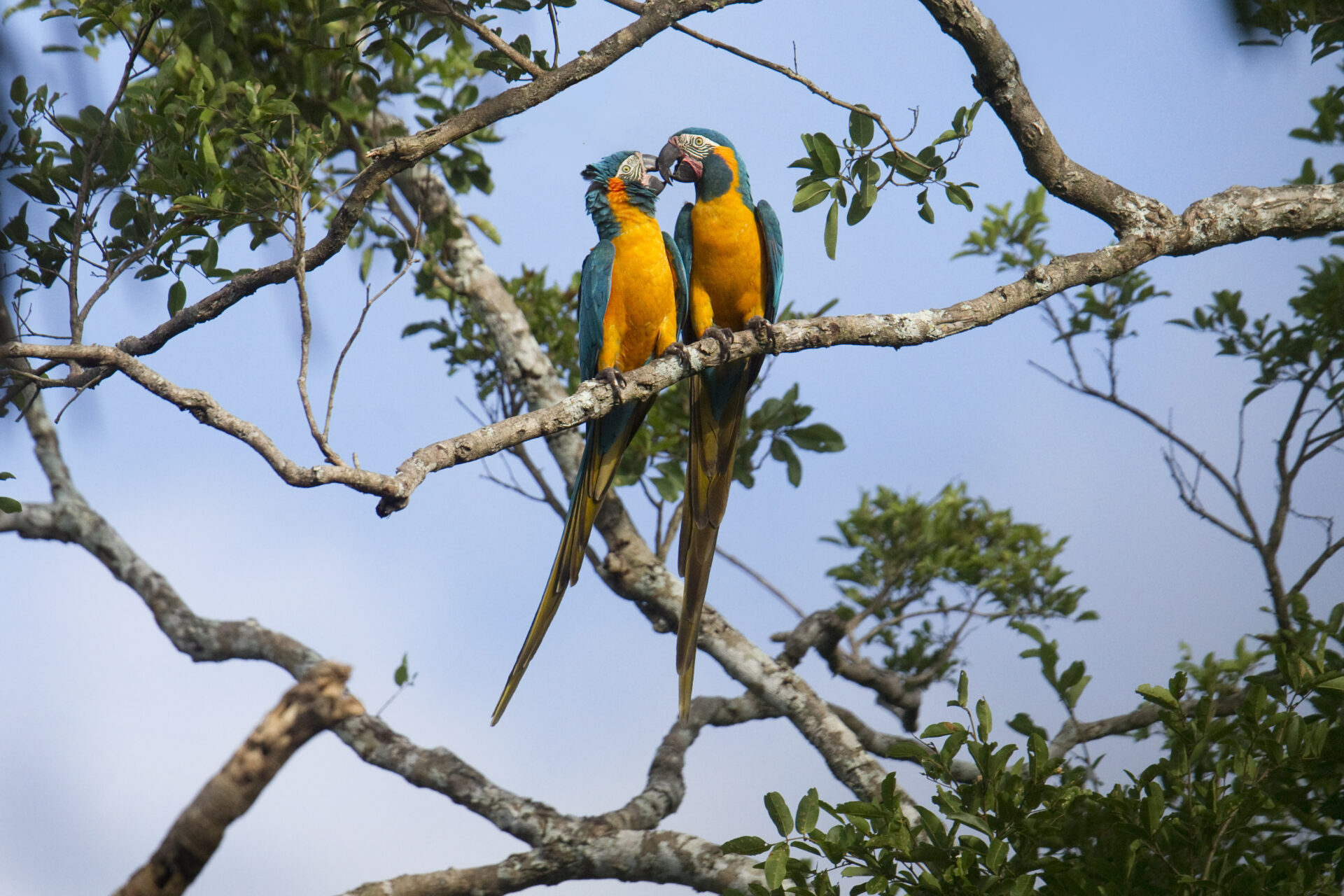 Just a few years ago, the Spix’s macaw – star of the 2011 animated film Rio – was declared extinct in the wild following centuries of habitat destruction and predation by invasive species. To ensure the Blue-throated Macaw does not meet a similar fate, Asociación Armonía’s hard-working staff created in 2008 a Nature Reserve – 27,000-acre Barba Azul or ‘blue beard’ in Spanish – which they named after the moniker applied to macaws in Bolivia, where they hold national heritage status.

Water tanks and quadbikes to keep fire away from macaw haven

In the Beni Savanna, the risk of fires is ever present in the dry-season months of July through to October – which is where the Armonía rangers come in.

This year, 13.5km of firebreaks along the borders of the Laney Rickman Reserve have been maintained, cleaned and patrolled by César Flores, who watches from horseback for any sign of flames. Also managed by Asociación Armonía, this reserve provides the most important known nesting area for the Blue-throated Macaw.

On 12 September 2020, a fire that began on a neighbouring ranch was successfully repelled by these firebreaks, with César and his son, César Jr., monitoring the situation at all times. Just five days prior, fire also struck the Barba Azul Reserve, this time due to a lightning strike. The 24.4km of firebreaks here helped to stop the fire spreading, which otherwise would have burned through the Blue-throated Macaw’s most important feeding grounds.


This year, Asociación Armonía have also invested in important firefighting equipment for their field staff, including a trailer with a 1,000L tank, water pump and spray mechanism. This trailer can be attached to the back of a quadbike and driven to all corners of the reserve. Also on the shopping list were fire beaters, protective clothing, drip torches (used in controlled burns) and leaf blowers (used for directing and suffocating fires). All of this equipment can be used to control and quickly manage fires – extremely important in the tall grass savanna of Beni. 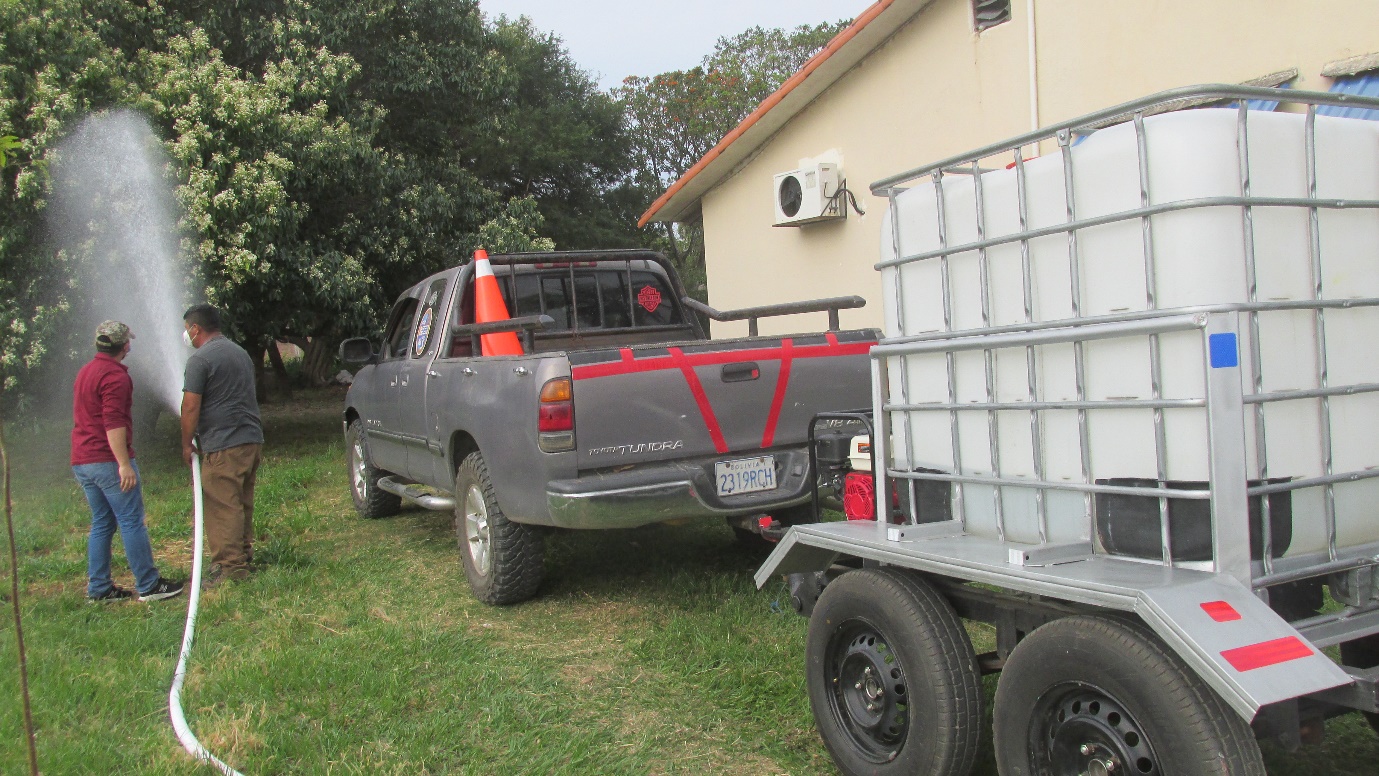 Tjalle hopes to use the €50,000 prize money from his FFN Award to further protect and improve Blue-throated Macaw habitat. He also aims to develop a large-scale sustainable ranching programme in concert with local communities.

The recent fire management work at the reserves of Barba Azul and Laney Rickman was supported with funds from our Action Fund, which allows WLT to react quickly and bring conservation action to vulnerable reserves. Though funds are always needed, this year they matter more than ever as rangers combat the double pincer of climate-driven wildfires and restrictions due to the COVID-19 pandemic.

Donate now to ensure the call of the Blue-throated macaw will never fall silent! 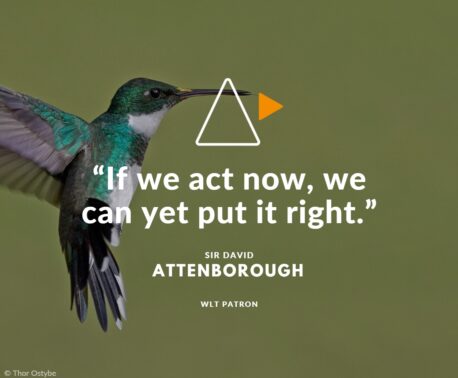