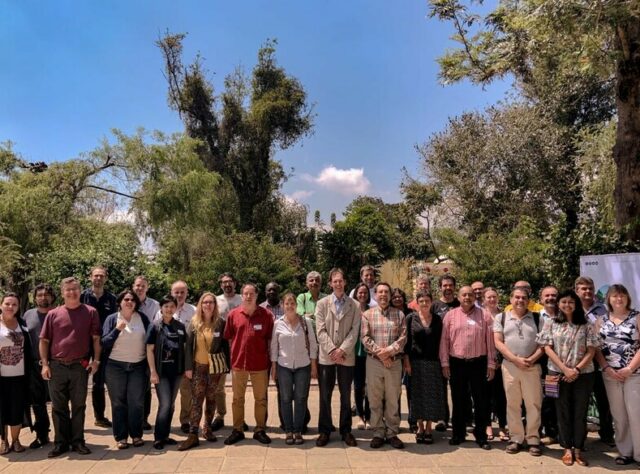 The greatest strength of WLT is our partners and the diversity of experiences they bring to our partnership. Partners from more than 20 American, African and Asian countries are pictured here at our regular symposium in March 2020.

The talk of ‘turning point’ moments may have felt cliché before 2020 and yet, today, the words seem an understatement when thinking back to the start of this year – six dizzying months that have consigned the world we thought we knew to the past.

The sweeping Black Lives Matter (BLM) protests have pushed diversity into the global agenda, casting a much-needed spotlight on the fact that discrimination remains prevalent, despite the many years of pledges and grand statements.

For charities, the fresh exercise of introspection could not come soon enough. I, and WLT, was deeply concerned – but not surprised – to read the findings of a recent survey by Voice4Change England and the Association of Chief Executives of Voluntary Organisations (ACEVO): 68% of the nearly 500 polled Black, Asian and Minority Ethnic (BAME) charity staff have come across instances of workplace racism, with hundreds reporting being treated as intellectually inferior and subjected to insensitive questioning around their culture and religion. Those numbers are simply unacceptable; doubly so in a sector meant to advance a fairer world.

This bleak picture has strengthened WLT’s resolve not to be silent bystanders any longer. We’re determined to act and we now have a compass to guide our journey. Today, I am signing the organisation up to ACEVO’s ‘Eight principles to address the diversity deficit in charity leadership’. In embracing these standards (see below to read the principles in full), I am joining a list of 60-plus charity CEOs – and counting.

ACEVO’s survey makes it clear: the time is past for wondering whether racism exists – we already have the evidence and the power to undo injustices that have continued for too long. If this year has held up a mirror to societal inclusivity, then WLT’s reflection on such a mirror illustrates the scale of the work still to be done. We acknowledge that we are not diverse enough and commit, through the principles, to learn about racial bias and invest resources in improving our charity’s racial diversity.

WLT wants to improve because we understand, thanks to our partners, the good that comes from diversity of all kinds, racial or otherwise. The American, African and Asian organisations and communities we support through our various programmes are the Trust’s very lifeblood – we will work hard to make sure their voices are heard in a tough year for all, with the double pincer of COVID-19 and wildfires closing in on natural reserves worldwide.

But our fight for diversity starts at home and it is here that we will begin, and probe hard and deep. We will review our diversity data and people management practices, to form the basis of a new coherent strategy to foster an inclusive culture. We owe that much, and more, to the minorities who are still forced to campaign for their rights despite the centuries of awareness around these issues.

Such a journey will be long for the Trust but now, thanks to ACEVO, we have a guiding compass to see us through.

I, Jonathan Barnard, CEO of WLT, pledge to:

1. Acknowledge that there is a problem with racial diversity in the charity sector and commit to working to change that.
2. Recognise the important role leaders have in creating change by modelling positive behaviour and taking action.
3. Learn about racial bias and how it impacts leadership decisions.
4. Commit to setting permanent and minimum targets for diversity that reflects the participants, donors, beneficiaries and the population of the area that my charity operates in.
5. Commit to action and invest resources, where necessary, in order to improve racial diversity in my charity.
6. View staff as the sum of many parts rather than a single entity and recruit to build a diverse group of talented people collectively working towards a shared vision.
7. Recruit for potential, not perfection.
8. Value lived experience, the ability to draw from one’s lived experience and to bring insights to an organisation that can develop its work.