On Saturday 30th May, a rescued male Andean Condor, known as Iguiñaro, was released at Chakana Reserve, Ecuador.

Iguiñaro was named after the three locals who found him injured near el Quinche, Pichinica province a month earlier. With help from Quito Zoo, the team discovered that the bird had suffered a gunshot wound to the chest. However, with a carefully monitored recovery, Iguiñaro was ready to return to the Ecuadorian skies after one month of recuperation.

Fundacion Jocotoco (FJ) chose the Chakana Reserve following two previous successful condor releases at the site. The reserve protects 5,000 ha of core roosting and nesting sites of Andean Condor, and a third of Ecuador’s total condor population within the reserve, making it the most important conservation site for Andean Condors in the Northern Andes. There, the Isco cliffs protect one of Ecuador’s most successful breeding pairs, who have reproduced for seven consecutive years, which is an astounding success given that most life-long breeding pairs of this species only lay eggs in alternative years.

Andean Condor is the national bird of Ecuador, with distinctive bald heads, a feathered white ruff and white wing bars in addition to the longest wingspan of any raptor in the world , ranging from 270 – 320cm (8ft 10in – 10ft 6in). Known as a New World Vulture, these impressive birds are declining in South America, with a Near Threatened status from IUCN. Iguiñaro’s release is an essential return to the wild for a much-loved bird that plays a vital part in Ecuador’s ecosystems.

FJ coordinated the release alongside Quito Zoo and Fundación Condor Andino who, with the support of the Peregrine Fund have tagged Iguiñaro with an identification number and satellite transmitter to keep track of his progress and study the success of his release. Ten days on from his release, his progress shows he is doing well, covering an area of 1,110 km² since his release, returning to Chakana reserve after a flight into the north towards Cerro Puntas and Hacienda Zuleta. 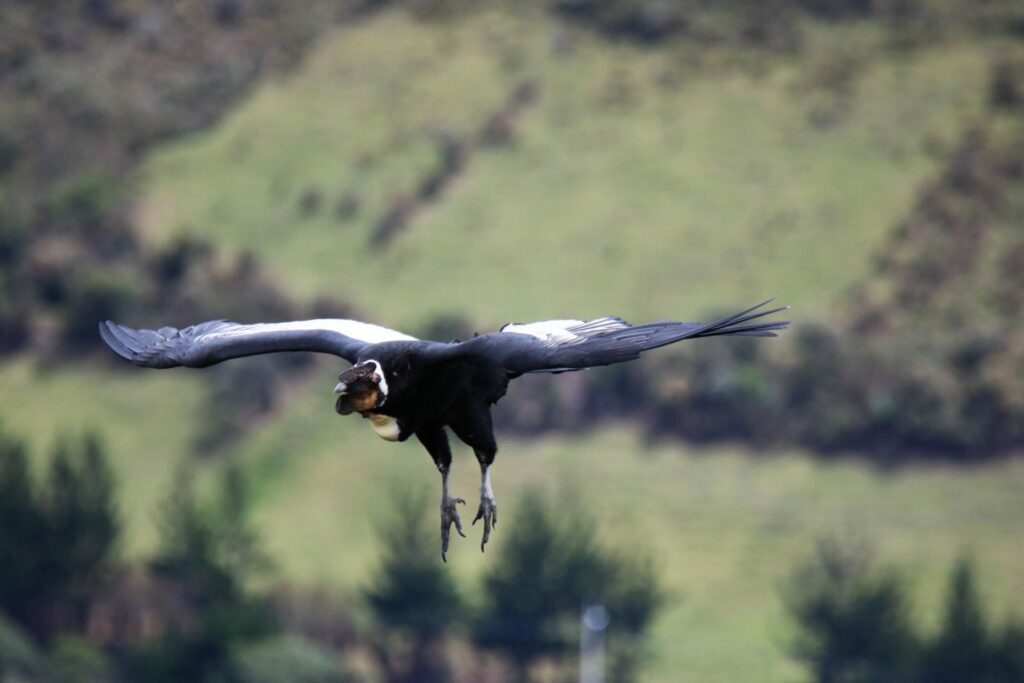 Verónica Enríquez-Ruiz, Project Coordinator at FJ, said, “The moment Iguiñaro returned to the skies of Ecuador, we all felt a sign of hope and unity during these difficult times of the pandemic. Conservation does not stop, and we are proud to have people like you that support us in our everyday challenges and our conservation projects.” By working together with other conservation organisations to manage Iguiñaro’s recovery and release, FJ has shown just how important it is to work collaboratively across organisations to achieve conservation success.

By donating to World Land Trust’s Action Fund, we are able to act quickly, whenever and wherever urgent conservation action is needed.

From unexpected urgency for land purchase to extend and safeguard existing reserves, fighting forest fires or ensuring that reserves are well protected by experienced rangers, we can turnaround the fate of these at risk environments, ensuring their security and wellbeing for the future.

If you would like to donate to the Action Fund and support vulnerable species such as the Andean Condor, please click on the button below. 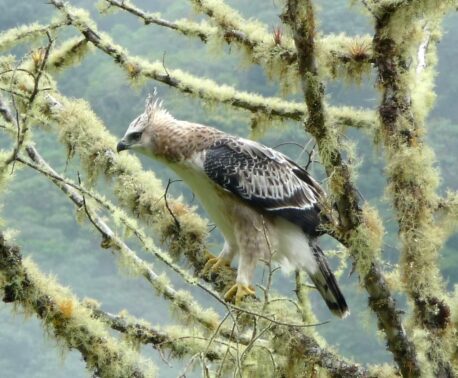