As we reported on Tuesday 14th April, our partner in Mexico, Grupo Ecologico Sierra Gorda (GESG), had to respond urgently to reports of fire from a concerned neighbour of the Cerro Prieto Reserve. We are pleased to report that this fire has now been successfully extinguished.

After an initial investigation from Roberto Pedraza Ruiz, Director of the Land Conservation Programme for GESG, and members of the county authority, Protección Civil from Landa de Matamoros, staff at GESG began looking for help in tackling the fire before it could get out of hand.

There was a bigger fire burning in a neighbouring county, which fire crews in the region were already tackling.  However, thanks to the work of Pati Ruiz Corzo, co-founder of GESG, in meetings with the Mexican government during 2019, significant improvements have been made to ensure better coordination and the capacity to fight fires quickly. 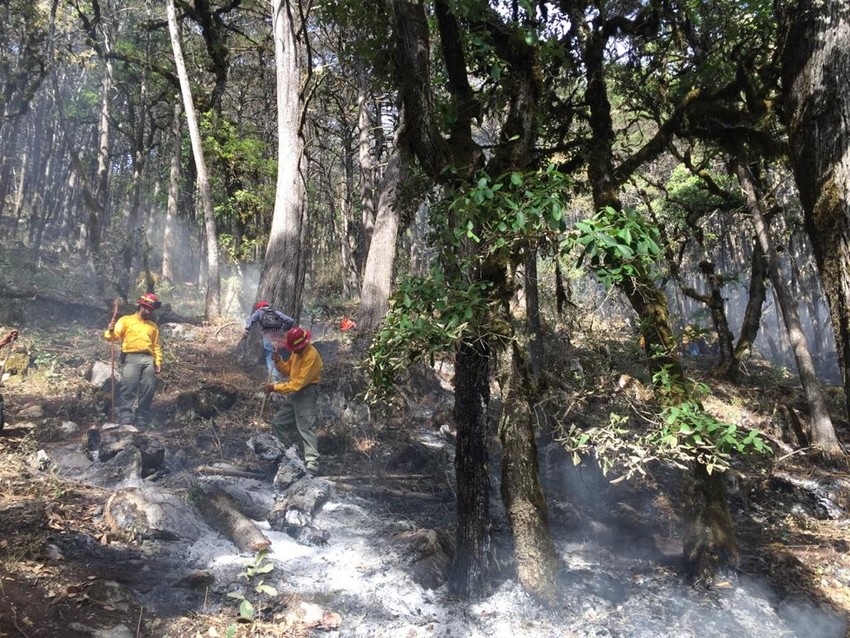 On Tuesday, Roberto and GESG colleagues Miguel Flores, Salvador Sarabia, Lucio Baldelamar, and Juan Hernández, returned to the mountain – a two-hour hike up the mountains – in the small hours to meet with the other crews at 5am. In total, around 50 firefighters made up of GESG, two state government brigades, one from the biosphere reserve CONANP, members of Protección Civil and seven local volunteers.

By 9.30am, the group had contained the fire. Roberto is sure that the fire was caused by a lightning strike, as a cedar had tell-tale signs of having just been hit. Unusually, the fire was burning mostly in the litter instead of catching speed through the trees, despite very strong winds on Monday. There had been fears that the fire would have advanced further. Once the fire was contained, the group were able to patrol to suppress any further spread, protecting trees, such as old cedars and a beautiful, very old oak with new growth. The following day, volunteers returned with two donkeys carrying water to ensure the containment had held as roots were still smouldering when the group left on Tuesday.

Mexico’s wildfire season is March to May (nasa.gov) meaning that naturally occurring fires such as this are more likely in the coming weeks. By successfully dealing with this fire so efficiently, Roberto and the team have shown that with the right reporting, headcount and protection gear it is possible to safely protect the forests, land and species from the threat of fire. 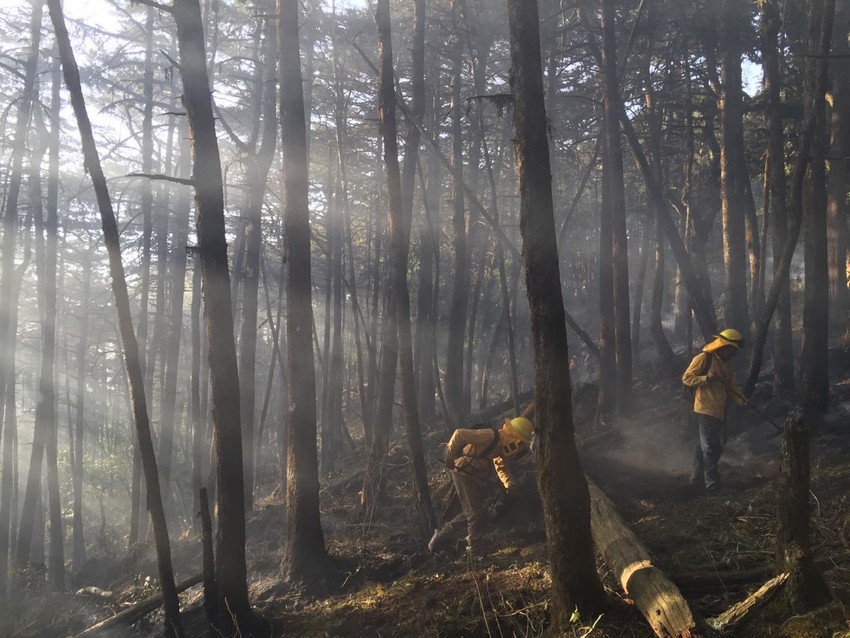