Into The Trees: Reflections on The Nangaritza Valley SEARCH NEWS 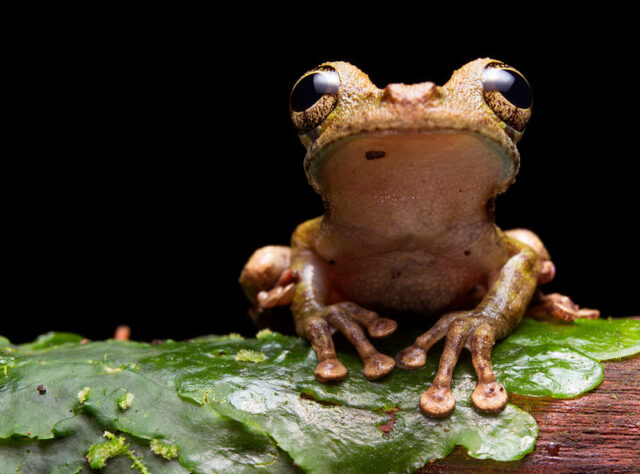 WLT Senior Carbon Manager, Charlie Langan, reflects on the progress being made to protect the forests in the valley, after his recent visit to Maycu Reserve, Ecuador.

We’ve gone five meters from the Yankuam lodge where I’m staying before we find the first snake. It’s a Toad-headed Viper that’s hunting the tens of frogs swimming in the flooded ditch of the road that we can see gleaming in the headtorch light. It’s not keen on our intrusion and slithers up the rise, back into the Amazonian forests of Nangaritza.

It is the second snake of the day. The first was sunning itself on the path that runs down the far bank of the river within the Maycu reserve as we made our way back from checking up on one of the forest inventory plot our local conservation partner, Naturaleza Y Cultura Ecuador (NCE), have installed. These forest inventory plots are used to monitor the changes in the carbon stock of the forest as a result of its recovery and regeneration once it was brought into protection of the Maycu reserve. Each tree in the 60x60m plot has a metal tag, and the diameter of the truck will be measured along with its height to estimate its volume, biomass and carbon. These plots are distributed across the reserve to capture the spatial differences in forest carbon stocks; some of the other forest inventory plots are located deeper into the more pristine parts of the reserve and others in old pasture areas that have been restored through WLT’s supporters over the last five years. After driving up the valley the day before, the contrast between the thick forest of Maycu Reserve and the new pastures containing newly planted grass and the odd palm is stark. The remaining palms are kept for roof beams in the local, tile-roofed houses dotted along the road, and so won’t be around for much longer either. In buying the land to expand the Maycu Reserve, NCE has paused the march of deforestation up the Nangaritza valley, forming a protected band of forest in the neck of the valley creating an important wildlife corridor while securing and increasing the carbon locked up in the trees. Where deforestation has happened, these pastures are hard to restore to back to the natural ecosystem; the grass is persistent and swallows up the newly planted seedling and forms tough matts that are hard to clear. However, after several years of experimenting, NCE has developed an impressive system of restoring highly biodiverse tree cover with over 25 different tree species.

The purpose of the field trip is to discuss the ambitions for the next five years for the Maycu Reserve to secure a biological corridor between the high Andes in the East and the Amazon in the West. These plans include a 500 ha expansion of the reserve, further restoration of old pastures and ongoing management and protection of the reserve by Segundo, the forest guard. This will be funded through the Carbon Balanced programme from WLT supporters taking climate action by donating against their carbon footprint calculated on the WLT website due to GHG emissions for flights, train, cars or energy use. Segundo is leading the night walk we’re on, along with NCE’s herpetologist, Darwin, who insists on picking up each snake we come across. And there’s lots of them on our two-hour walk. The highlight is finding a red, white and black striped coral snake who is completely conspicuous in the jungle. However, being so venomous they have little to fear except perhaps being manhandled by an NCE herpetologist. We get back to the lodge at about 10 o’clock just as the rain starts; in the distance we can still hear the sound of a JCB digger on the other side of the dark river. This is a relatively new phenomena in the Nagaritza valley – the threat of illegal, unregulated gold mining.

Part of what makes Nangartiza special and biodiverse is the Cordillera del Cóndor mountain range on the border with Peru; its complex geology is responsible for creating the spectacular mountainous amazon forest landscape of the valley. However, this complex geology also means gold. Incomers to the community are trucking in brand new diggers, getting permission from landowners to excavate the riverbanks and trucking out filtered sand contain microscopic gold flakes to Chile for processing. The miners go almost non-stop all day and can dig holes down to 25m which seems incredibly dangerous with the large, brown muddy river flowing close by. The biodiversity impact of this is unclear, but its scars are definitely unsightly and jarring in the pristine forested valley of Nagaritza. Unfortunately, it could be taste of things to come as the government of Ecuador is considering the development of a currently nascent mining industry. Already large areas of the Nangaritza Valley have mining concessions placed on them. The next phase of the project WLT is supporting will also be to work with local indigenous communities, the colourful Shuar population. The project will begin the formal processes of working with the Shuar elders to establish an indigenous territory nature reserve and register it in the national protected area registry, a first in Ecuador. This will substantially reduce the threat of mining in Nangaritza valley.

To find out more about carbon offsetting , please visit our Carbon Balanced page .

Individuals wishing to offset their carbon footprint can use our Carbon Calculator.

Organisations wishing to offset their carbon footprint, please contact us here
and a member of our Carbon team will get back to you. 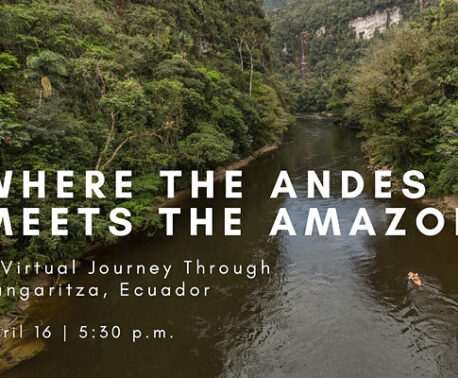 Where the Andes meets the Amazon: A Virtual Journey Through the Nangaritza Valley 15/04/2020