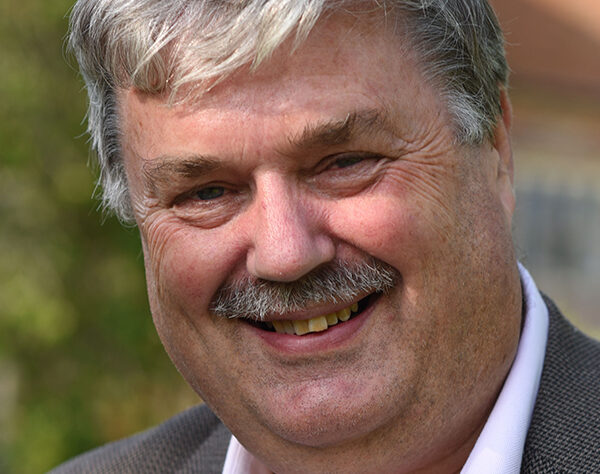 At their end of year meeting on 10 December 2019 the Trustees of World Land Trust (WLT) appointed Dr Mark Avery as the new Chair of Trustees. A trustee since 2017, he had been a Council member since 2014 and associated with the Trust’s work for many years previously.

Mark Avery is one of the country’s most visible advocates for nature. A scientist by training, he is a passionate naturalist and spent 25 years working for the RSPB, 13 of those years as Conservation Director. After standing down from the RSPB in 2011 he began writing, and, as a journalist and blogger, he has an impressive following and reputation as an informed activist.

The story goes that if they were flying past and you fancied pigeon pie for dinner, you just stuck your gun up in the air and fired. Half a dozen would probably fall at your feet. And yet, 50 years later they were all gone.

The last Passenger Pigeon known to occur in the wild was shot in 1900 by a 14-year-old boy in Ohio and Martha died of old age in 1914.

Mark’s analysis of an extinction, which surely has its parallels today, plots how a cornerstone species numbering in the billions can be reduced to nil in 50 years as a result of unleashed hunting, indiscriminate persecution and catastrophic habitat loss. While the theme of the book is one of depressing loss, the message gives a beacon of hope. It is within the power of humans to halt extinctions through knowledge and commitment. Mark’s message is that if we re-forge our relationship with the natural world on which we depend, and plan a more sustainable future there is no need to go the way of the Passenger Pigeon. 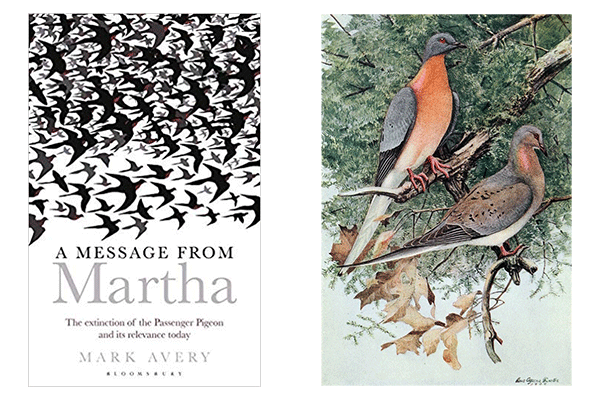 Mark has taken a keen interest in WLT’s overseas conservation work as a trustee and about his new role he says:

“It is both an honour and a responsibility to accept the Chairmanship of World Land Trust, a charity I have long admired.  WLT’s approach of working with local communities and protecting land of high conservation value has proved highly successful across the world. With our great team of staff, and increasing support from the public, we can make an even greater contribution to protecting wildlife and reducing extinction rates.”

THANK YOU TO THE OUTGOING CHAIR: ROHINI FINCH

The Trustees also paid tribute to the wonderful contributions made by Rohini Finch as outgoing Chair. Rohini joined the Trustees in 2008, following a site visit to Paraguay with then-CEO, John Burton, to look at a property in urgent need of protection in the Chaco Pantanal, which she subsequently helped fund. She has gone on to visit several other WLT-funded reserves and WLT will continue to benefit from her wisdom and support as a trustee.

”Rohini has been an enormous asset to the Trust through her understanding of the business world and human psychology, and we are delighted that she remains a Trustee and will continue to add enormous value to our Trustee Board. Rohini first came to the Trust as a donor, and later spread the word among her friends, several of whom became important donors to the Trust. She takes a keen interest in our partners and has made several site visits to see their work first hand, knowing that it was not going to be a luxury cruise, but always wanting to see what was really involved in the WLT’s work with our partner network. I know that this level of engagement and support over the years has made a huge contribution to WLT and our partners”

On a personal level, working with Rohini as Chair has been a great pleasure, and I have greatly appreciated her warm welcome and support I since I joined WLT last year. WLT is fortunate to have incredible Trustees, and we thank Mark for stepping into the position of Chair. He brings enormous expertise to the role, and I am greatly looking forward to working with him in the coming years.” 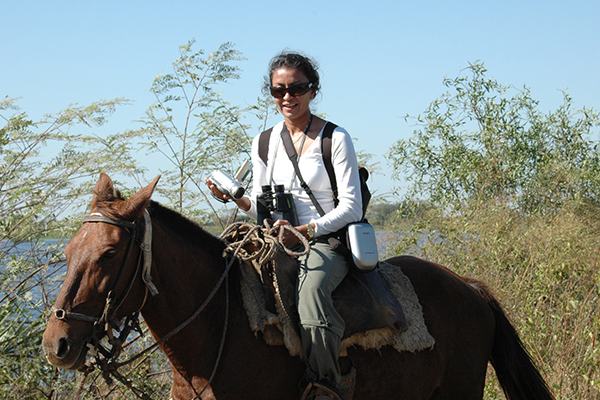 Rohini Finch on her first WLT site visit in 2008 when she visited the Chaco-Pantanal in Paraguay, meeting with Dr Alberto Yanosky and other staff members of Guyra Paraguay.

“It has been a privilege to be able to support the work of the World Land Trust and its tireless partners over the last decade. And now, I am equally thrilled to hand over to Mark; a remarkable man whom I greatly respect and admire. I can think of no-one better to lead the Trust as it rises to the dual challenges of climate change and alarming habitat loss.” 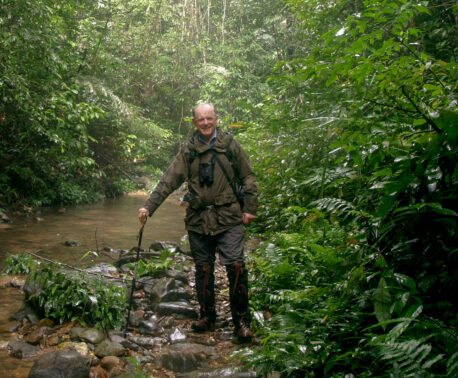