Yellow Anacondas are very large snakes, approximately 3m long. They are close relatives of the Green Anaconda (Eunectes murinus), which is the largest snake in the world. Yellow Anacondas are yellow-green in colour with pairs of overlapping oval black spots: in fact, the pattern of yellow and black scales on the underside of the lower tail is unique to each snake.

Anacondas snatch prey using their powerful jaws. They coil their body around the prey, constricting it by  squeezing their coils until it suffocates. Yellow Anacondas prefer to attack prey from the water and their victims often drown rather than suffocating.

These snakes will eat any vertebrate they can catch and swallow; this includes fish, amphibians, capybara and even other snakes. They swallow their prey whole and, as they can unhinge their jaws, are able to eat prey much larger than the size of their mouths would suggest. Large prey takes a long time to digest, so anacondas may not eat for weeks or months after a kill.

Courtship, which occurs between April and May, and usually takes place in water. Females produce a pheromone which attracts males. Many snakes often group together and form a breeding ball, which may stay together for a month . The males compete for the female, with the strongest and largest male often being the victor. Anacondas may give birth to up to 80 live young, which will be around 60cm long at birth. 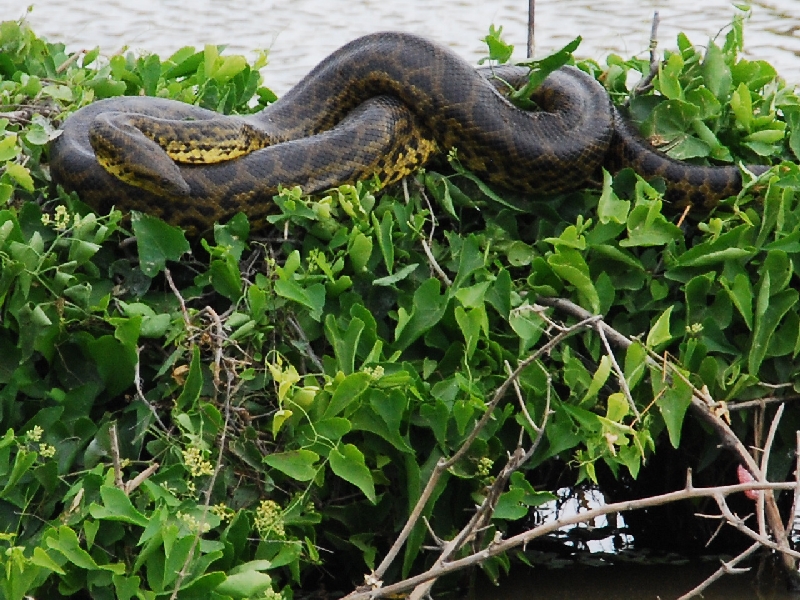 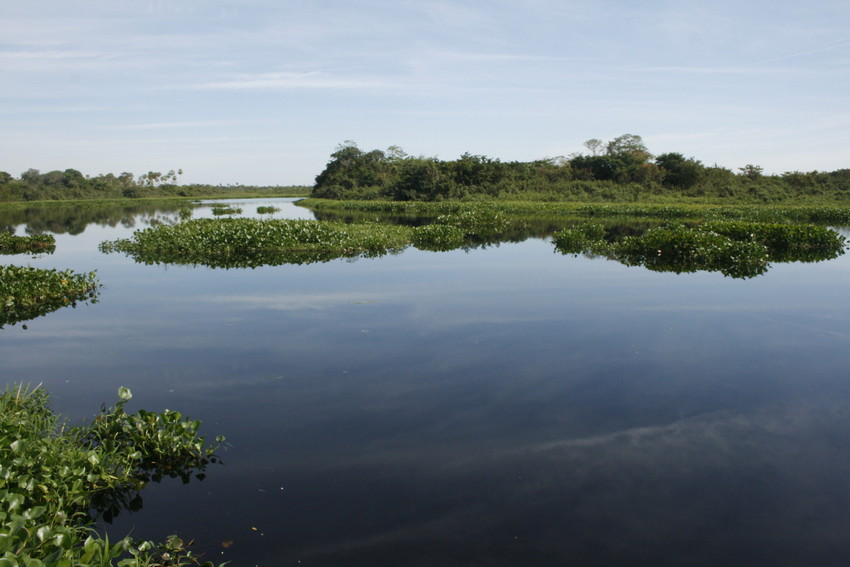 Yellow Anacondas live in swamps and rivers, and because they spend most of their life in or around water they are sometimes known as “Water Boas”. The name Eunectes is derived from the Greek word Eυνήκτης, which means “good swimmer”. They tend to float atop the water, with their snouts barely poking out above the surface.

Yellow Anacondas are not evaluated under the IUCN Red List of Endangered species. However, they are listed under Appendix II of CITES.

In most South American countries, trade in anacondas is banned. However, some countries have quotas for the number of snakes that they can export to zoos, for research or for the pet trade each year.

There is some trade for their skins, but anacondas do not suffer to the extent of other species. Humans who are afraid of the snakes routinely kill them but although there are myths of anacondas being man-eaters, there is no evidence of this. Habitat destruction is another cause for concern for anaconda populations.