There are 10 species of Pit Viper and Merendon Palm Pit Viper is the most recently discovered and having a small range in Guatemala and Honduras. It has stunning blue-toned markings and a prehensile tail which helps them live and move around trees. In common with other pit vipers, B. thalassinus has heat sensitive organs, (commonly called a Pit Organ), located on either side of the head between the eye and the nostril which allows them to detect radiant heat between certain wavelengths. This infrared sense enables them to strike prey accurately even in the absence of light, detecting warm objects several metres away. It is also thought that the organs help these snakes regulate their body temperature.

This arboreal snake is mainly nocturnal preying mainly on frogs and lizards as well as birds and small mammals. It is not known to be aggressive but may make a sudden strike if disturbed or surprised. While this is a venomous snake it would seldom be encountered by humans and no deaths have been recorded. Typical symptoms would most likely include local pain, swelling, tingling and nausea. 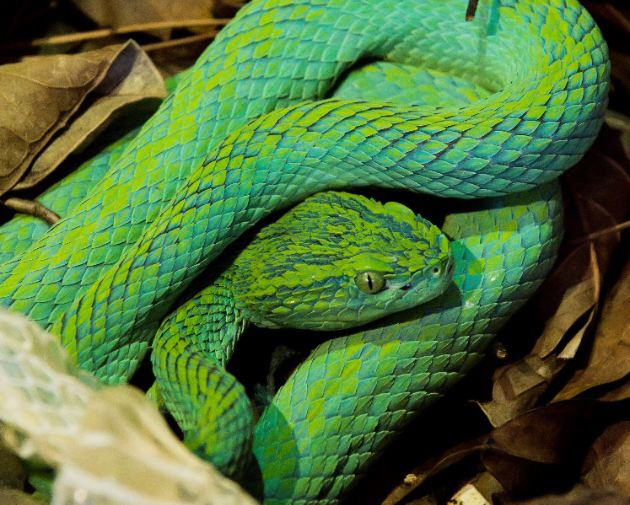 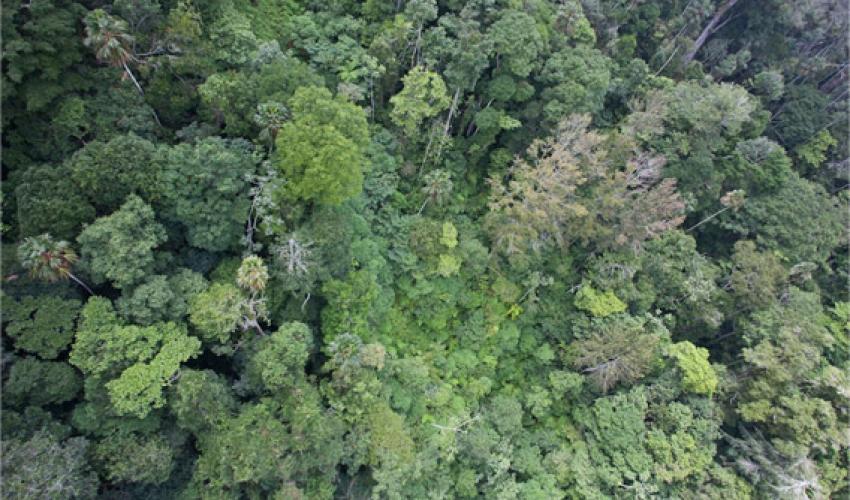 Its range extends from eastern Guatemala to Western Honduras at altitudes between 1370–1750 metres. In Guatemala it is found in several mountain ranges, including Sierra de Caral in Izabal, protected by WLT partner, FUNDAECO. FUNDAECO’s 6,000-acre Sierra Caral Amphibian Reserve protects some of the country’s most endangered wildlife including globally threatened amphibians.
Tucked away in the eastern corner of Guatemala near the Caribbean Sea, and running along the Honduran border, the Sierra Caral is an isolated mountain range with forests especially diverse due to the convergence of floras and faunas from North and South America, as well as many species unique to the region.

Little is known of the status of this pit viper. Although it occurs in some protected areas but numbers may generally be declining due to habitat loss.