The Dhole, otherwise known as the Asiatic Wild Dog, Whistling Dog or Red Wolf, has been described as a canid which combines the characteristics of the Grey Wolf and the Red Fox. The Dhole has rust-coloured fur with a paler throat and underbelly, amber eyes and a dark tail. Compared to the African Wild Dog, it has a long backbone and short legs, but it shares rounded, rather than pointed, ears with its African relative.

The name Whistling Dog comes from one of its many types of vocalisations, a distinctive whistle used to reassemble pack members in their dense forest habitat. They live in packs and are highly sociable, resembling African Wild Dogs in social structure with less of a dominance hierarchy than Grey Wolves. However, the packs regularly split off into small clans of 3-5 individuals for hunting, which is optimal for catching fawns during the spring season.

They raise their young in complex cavernous dens which can become interconnected with other dens in the area. The largest and most complicated of these dens are developed over many generations of dholes and are shared by clan females when raising young together. Litters usually consist of 4-6 pups after a gestation period of around 60 days, and when females raise young together one or more adults will always remain at the den while the rest of the pack hunts until the pups are old enough to join in. Due to their pack hunting strategy, dholes can bring down prey animals over ten times their size. Their diet includes Sambar Deer, Gaur, Water Buffalo and there is even one record of a pack bringing down an Indian Elephant calf. 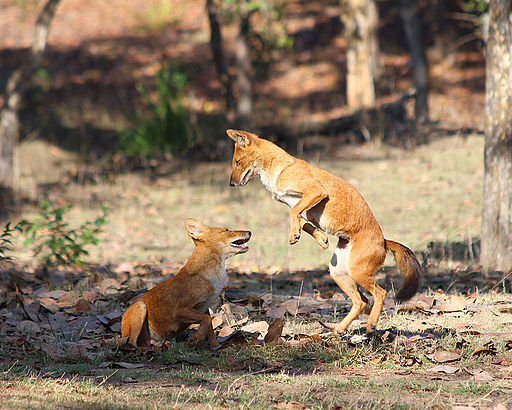 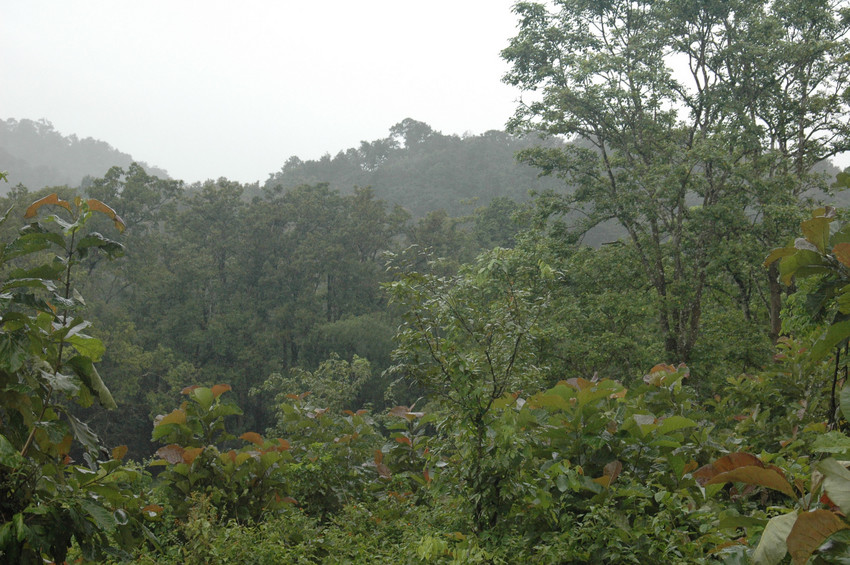 The historic range of Dholes stretched over the Indian subcontinent, up into Korea, China and Russia and down through Malaysia and Indonesia. However, as vast tracts of forest have been cleared for timber and human developments, Dholes have become far less wide-spread. They have also been persecuted by hunters in the past and are vulnerable to diseases such as rabies spread by domestic dogs.

More research needs to be conducted on the Dhole distribution to assess their conservation status definitively, but it is accepted that the network of tiger reserves in India and Nepal are key to their current prevalence in these countries.