Spotted Ground Thrush grow up to 23cm in length, and can be recognised by their brown upper parts and darkly spotted white lower parts. Their song is a weak, chatty series of whistles and their call is a quiet and thin rising whistle.

Spotted Ground Thrush forage seeds, fruits and insects among the leafy forest floor or lower branches of trees. They have a clutch size of 2-3 and usually make nests in a bowl shape made from small twigs, vegetation and mud and line it with plant material and feathers. 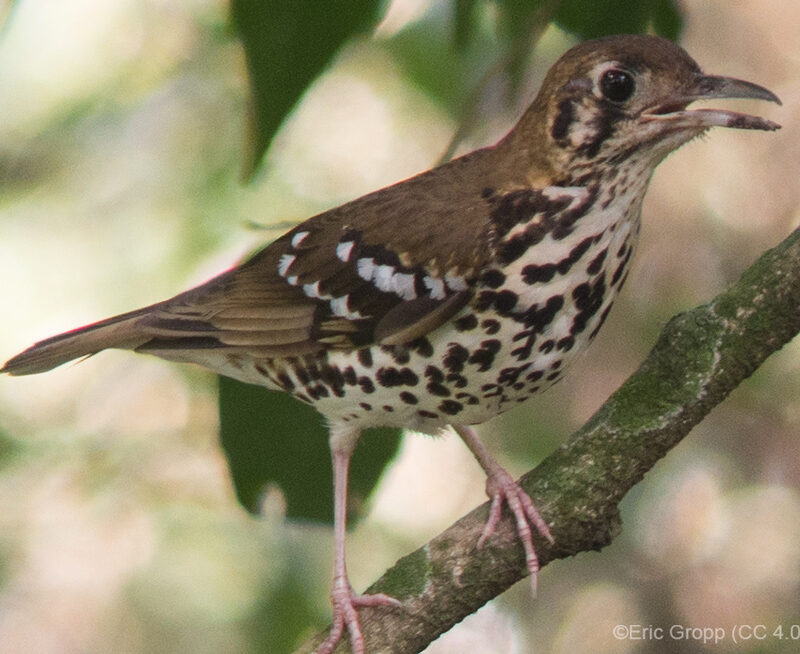 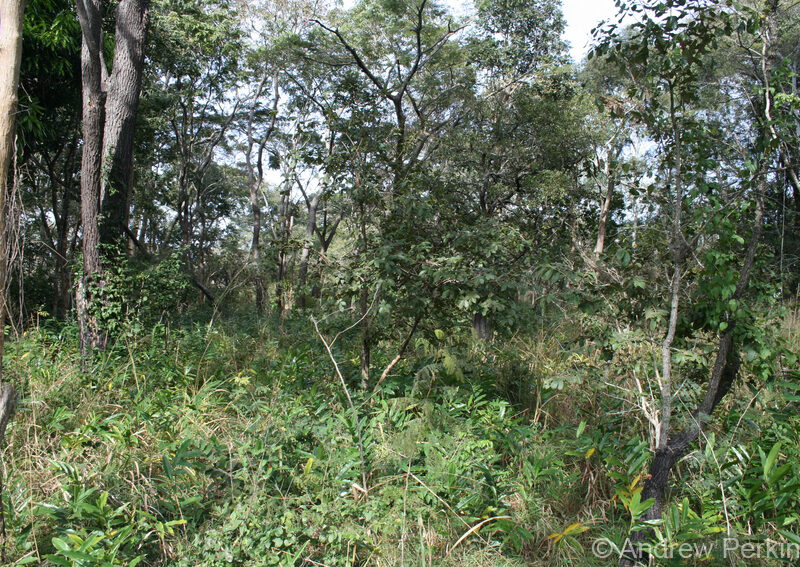 Spotted Ground Thrush are a highly elusive species, described by the IUCN’s own assessment as a bird “at all times difficult to observe, freezing motionless for minutes when disturbed.” These enigmatic birds have fragmented populations living in the shadows of Africa’s forests – from the moist evergreen forests of Malawi to the dry thicket woodland of Kenya.

Populations are also found in Mozambique, South Africa, South Sudan and Tanzania. Little is known about their migrating patterns but researchers believe it’s possible that it migrates huge distances by night, with populations from Zimbabwe thought to travel thousands of kilometres to the Rondo area to breed.

Population estimates suggest that there are less than 2,500 Spotted Ground Thrush in the world. It is a rare species that is classified as Endangered due to its small and fragmented population. Habitat degradation and climate change are both threats to this enigmatic bird, as well as nest predators such as snakes, raptors and domestic cats that contribute to nearly 50% of breeding failures.

In Malawi, forest is being cleared at all four known population sites, and soon there will be very little forest left for this species to live in. Meanwhile, Tanzania’s coastal forest patches are thought to be a crucial stepping stone during migration, however they are under extreme pressure and deforestation from human activity.

Starting in 2021 and with support from WLT, Tanzanian conservation body TFCG will create 10 reserves to protect a stretch of coastal forests in the Lindi District, southeastern Tanzania, that is a known home of Spotted Ground Thrush.