The Southern Ground-Hornbill is the largest and heaviest of all hornbills, reaching a metre in length and weighing up to 6.18 kg. Adults have black plumage with white primaries and upper primary coverts, and black legs and bill.

The male has red facial skin and a red inflatable throat wattle, while the female also has a blue patch on the red throat skin. Juveniles are brownish-black with brown flecks in the primaries and primary coverts, and pale grey-brown to orange-yellow facial skin.

Birds are long-lived, with an average life span of 40-50 years, and 70 years in captivity.

The Southern Ground-Hornbill lives in groups of 2-12 birds, walking up to 11 km a day in search of invertebrates, amphibians, and occasionally reptiles, small mammals, fruits, seeds and even carrion.

This species is a cooperative breeder, with groups typically comprising a dominant pair assisted by adult and immature helpers. Nests are usually set up in natural cavities in trees or an earth or rock face, and unusually amongst hornbills the cavity is not sealed.

These hornbills tend to reach sexual maturity after 4-6 years and lay out 1-3 eggs, even if only a single chick typically survives. Breeding productivity is low, and pairs do not lay every year, with groups producing on average one fledgling every 9 years.

The Southern Ground-Hornbill is a territorial species, defending a range of 50-100km2. The male’s booming call consists of two low pitched hoots followed by two or three faster notes and can carry up to 5 km. Pairs often call as a duet at different pitches. 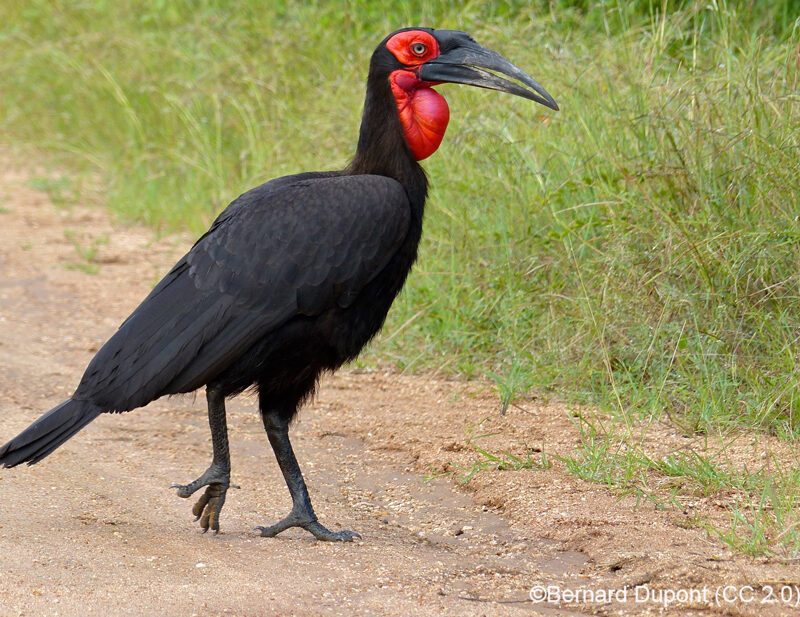 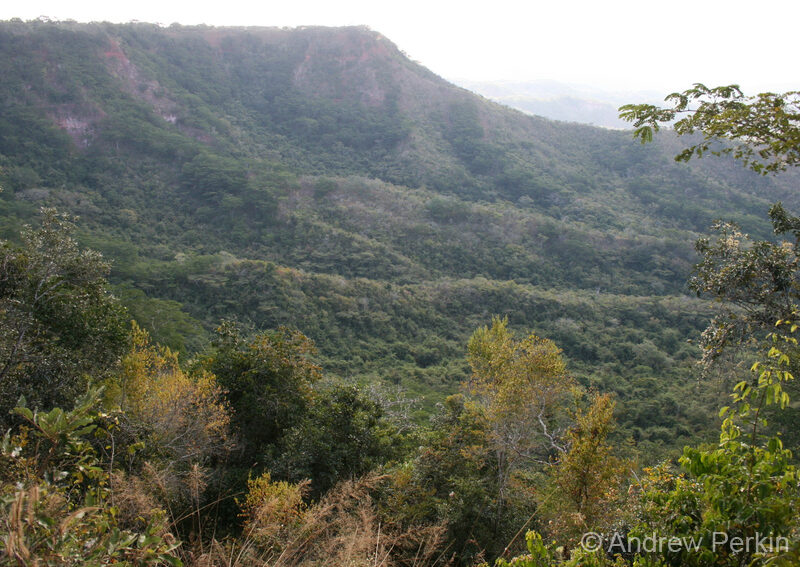 The Southern Ground-Hornbill is a resident of southern Africa, found from southern Kenya and Rwanda southwards to Eastern Cape in South Africa and west to Angola and northern Namibia. They inhabit woodland and savanna, as well as grassland with trees in which to roost and nest.

The Southern Ground-Hornbill is listed by the IUCN as Vulnerable to extinction. Widespread and fairly common, the population is however declining rapidly, especially in South Africa and outside protected areas.

Threats include loss and fragmentation of habitat due to expanding rural communities, deforestation and cultivation, loss of nest sites from clearance for wood and agriculture, erosion from overgrazing, persecution, pesticides and poisoning, trade for traditional rituals, disease, electrocution, and even warfare.

In addition, their low reproductive rate increases the risk of further declines and makes recovery more difficult. A decline of 30-49% across their range is projected over the next 94 years.

In Tanzania and starting in 2021, WLT is supporting a project by partner TFCG to save coastal forests that are a confirmed home for the Southern Ground-Hornbill.