The Grey-necked Rockfowl’s range is highly fragmented through Nigeria, Gabon, Equatorial Guinea, Congo and Cameroon. Its distinctive blue fore-crown, red nape and black band around the eyes makes the head of this species a remarkable sight, a contrast against the grey wash on its throat and upper chest. Adults grow to around 33-38cm and weigh between 200-250g.

Grey-necked Rockfowl forage in dense forest and breed in rocky areas below closed-canopies in undisturbed rainforest.

It is an avid follower of ant colonies and feeds mainly on small reptiles and amphibians and invertebrates such as grasshoppers, beetles, weevils, earthworms, slugs and snails. They are usually found singly or in pairs and occasionally in small groups of three or four. They build nests out of dried mud, dry grass and dead leaves in which they lay one to three eggs and incubate for 21-24 days.

In southern Cameroon, nesting occurs between August and October, with activity peaking in September. Meanwhile, elsewhere in Cameroon nesting occurs more widely from March to November instead. 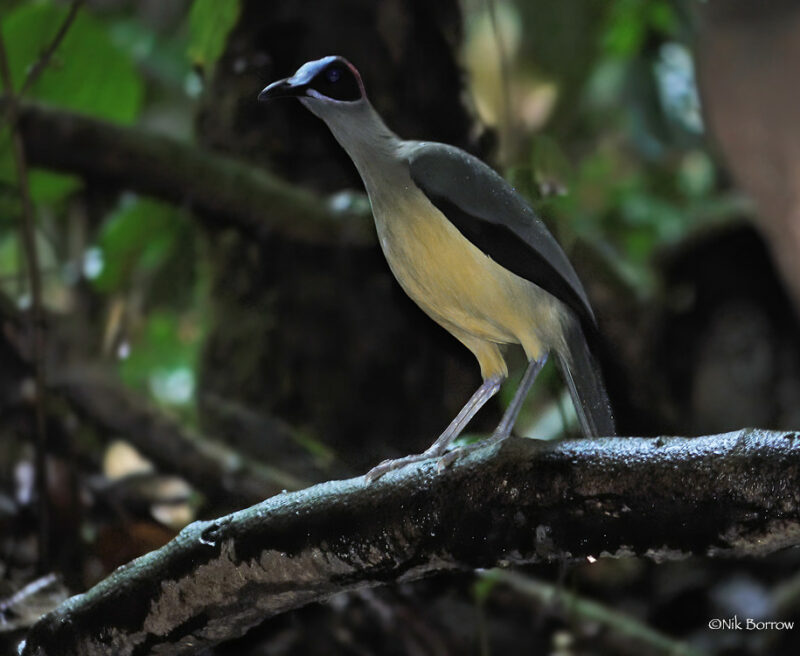 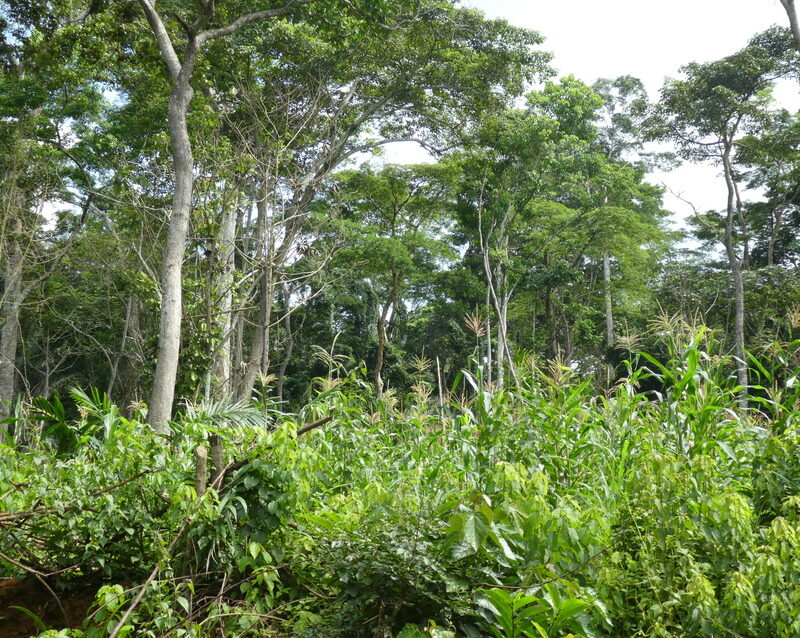 Grey-necked Rockfowl inhabits closed-canopy, primary rainforest in Central Africa. It nests in caves and on rock-faces and cliffs and appears to have very specific breeding habitat requirements – overhanging rock to protect the nest from rain, and often a seasonal river below.

Grey-necked Rockfowl are classified as Vulnerable and severely threatened by forest clearance and human disturbance throughout most of its home – leading to low availability of nest sites and low fertility of eggs.They are also hunted for trade to some extent and they are often caught in spring-traps set for mammals.