The Chestnut-fronted Helmetshrike is the smallest member of the Vangidae family, at just 16-18 cm in length and weighing 20-40 g. They are predominantly a dark grey bird with a white lower belly, vent, undertail-coverts, and undertail, blackish remiges and outer primary coverts, and a slightly glossy black uppertail with narrow white tips becoming broader on the outer tail feathers.

The head is blackish-grey on the hindcrown, nape, ear-coverts, and cheeks, with light grey on the forecrown, white lores, and a diagnostic small chestnut crest on the forehead that gives the bird its name. The eyes are distinctive, with a yellow iris, red-orange outer ring, purplish bare skin at rear of eye, and a broad blue-grey scalloped orbital ring. The bill and legs are red, the former tipped orange-yellow, and in flight a broad white wing bar is visible on the primaries. Both sexes are alike, with the female just slightly duller than the male.

Immatures have a brown head, a paler and browner body and wings, whitish tipped crown, upperparts and wing feathers, faintly barred underparts, blackish bill and legs that slowly turn yellow, and brown eyes that lack an orbital ring. They obtain adult plumage in their second year.

The Chestnut-fronted Helmetshrike is a highly social species, typically living and foraging in groups of 3–12 individuals when breeding (with an average group size of 7), and up to 30 when not breeding.

They forage at all levels of the canopy, occasionally hanging upside-down on branches and trunks to look for spiders, and insects such as antlions, beetles, grasshoppers, and moths, and frequently also hover to catch prey in flight. They sometimes drop down onto the leaf litter to flush prey (including small vertebrates), and will also eat fruit such as Ochna berries. During the winter they often join flocks of Retz’s Helmetshrike (Prionops retzii), and also – albeit more rarely – flocks of other bird species.

Chestnut-fronted Helmetshrikes are co-operative breeders, with groups probably consisting of a single breeding pair and helpers. All group members take part in defending the large territory, and most if not all also help build the nest, which is located 4.5–23 m (average 12 m) high in the canopy of a large forest tree, on a branch or in a fork. The nest consists of a shallow cup of grass and thin strips of bark bound together with fibre, moss, lichen, and spider webs that are transported to the nest in their bill and on the crest feathers.

Egg-laying takes place from October to December in the south of their range and from December to July in the north, and the clutch of three eggs is incubated by several group members.

This species is very vocal. Their whistling song is a stark contrast to their rapid nasal, grating calls, that include a range of buzzing, chattering, chuckling, rattling, and trilling sounds, alternated with whistling notes, and accompanied by bill-snapping. Sometimes they also give a sharp “shuk”, possibly as an alarm call. 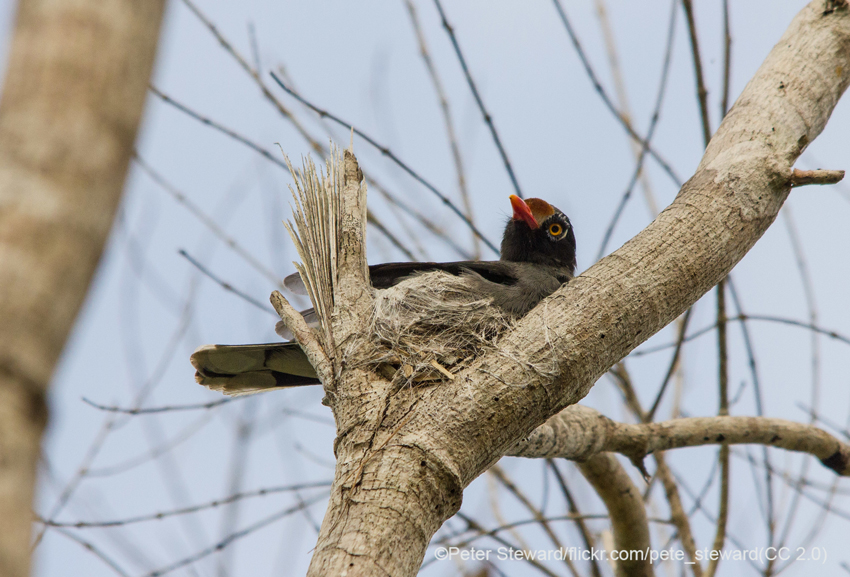 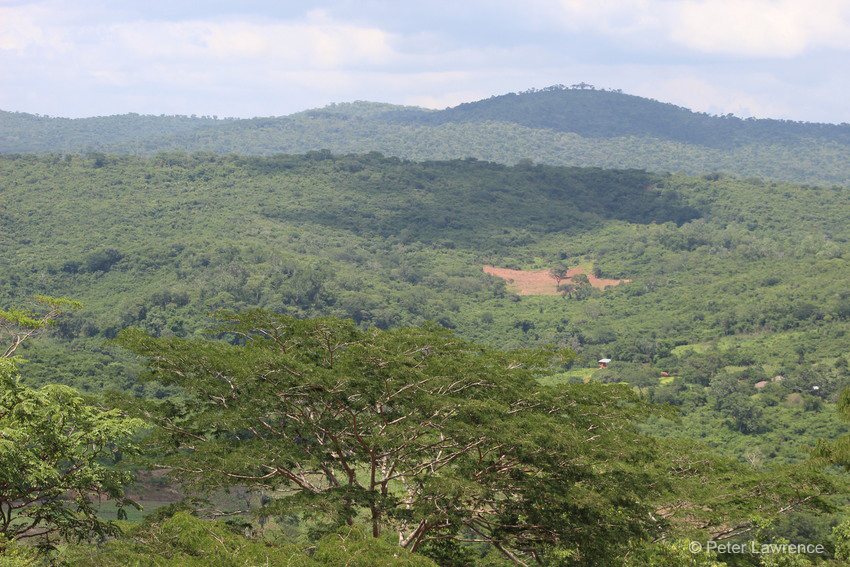 The Chestnut-fronted Helmetshrike is resident in Kenya, Mozambique, Somalia and Tanzania.

They mainly inhabit lowland and riverine forest close to the coast, but also occur in Brachystegia woodland, and occasionally in thickets and mangroves. This species has been recorded from sea level up to 1,200 m.

The Chestnut-fronted Helmetshrike is locally common and has a very large range, albeit highly fragmented, and is therefore listed as Least Concern on the IUCN Red List. However, the population appears to be decreasing due to continuing habitat destruction, and this species is likely to become threatened in future.

To prevent further declines their remaining forest habitat must be preserved. In Tanzania and starting in 2021, WLT is supporting a project by partner TFCG to save coastal forests that are a confirmed home for the Chestnut-fronted Helmetshrike.

Birds of the World