This small frog, the Diablito or little devil frog, is a type of poison frog. Its length is usually about 3cm and the males are a fraction larger than the females. Its colouring is very variable, ranging from brown to red or orange with yellow spots, and the brightness of its colour serves as a warning to predators. As it name suggests, it is toxic.

The toes of the Diablito are not webbed and its skin is smooth.

These frogs use their tongue to catch insects. Ants form a major part of their diet, and the alkaloids from these  build up to form the Diablito’s own poison defences. In fact, in 2016 scientists discovered a new species of ant, Lenomyrmex hoelldobleri, by gently flushing out the stomach of a Diablito.

This frog has mating calls that are short and frequent, with an average of five calls per second. The males call from elevated perches and hold territories, though these may be just 5 metres from another male. At mating, the frogs will pursue each other, circling, crouching and touching.

Diablitos lay their eggs on plants, and the female looks after them carefully, moving them around and keeping them moist.  Once the tadpoles have hatched she transports them one at a time on her back, taking them to pools of water in bromeliad leaves. She continues to visit these pools regularly and lays further unfertilised eggs in them as a food supply for the tadpoles. 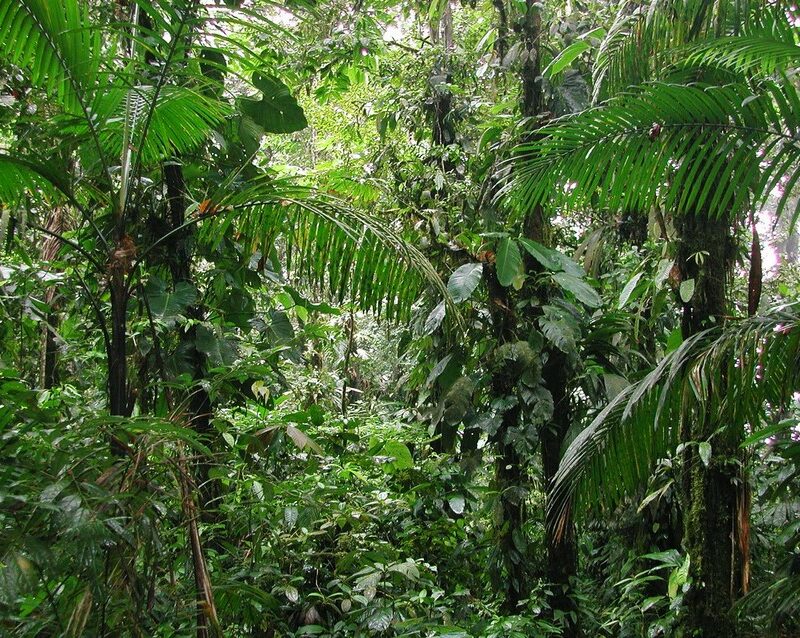 This species lives in lowland and sub-montane rainforest on Colombia and Ecuador. It may survive in moderately degraded areas, at least in the more humid parts of its range. However, a recent study has suggested that in some areas it is actually a good indicator of primary forest and river habitat, and will not survive in secondary forests. This would have obvious implications for its likely conservation status.

When last assessed by IUCN, the populations in Ecuador were decreasing, while the Diablito remained common in Colombia. However, this assessment was made over 12 years ago and the distribution of the species needs to be updated. They still occur at Fundación Jocotoco’s Rio Canandé reserve in Ecuador.

Habitat destruction is a major threat, whether for agriculture, logging or human settlement, as is pollution from spraying agricultural crops. Occasionally, these amphibians find their way into the pet trade, though collecting them from the wild is banned in Ecuador.

As for many species of amphibian, the chytrid fungus is likely to be an increasing threat, and this needs to be assessed.