Females (6.5-8.5cm) of this species are slightly larger than the males (5.5-6.5cm). They typically have a lime green body, black eyes, a flesh-coloured pale underbelly and orange toes. However, they can change shades of green to blend in with the foliage around them if given enough time.

The Black-eyed Leaf Frog is a nocturnal and arboreal species. On the onset of the rainy season males descend from the canopy and congregate in loud choruses of advertising “sworp” calls to attract females and aggressive “chuckling” calls to ward off other males.¹ Gelatinous clumps of eggs are deposited on a wide range of surfaces but mostly on the undersides of leaves hanging over water. The eggs take five to ten days to develop before the tadpoles fall into the water below and spend 55-58 days in this life stage before metamorphosis. 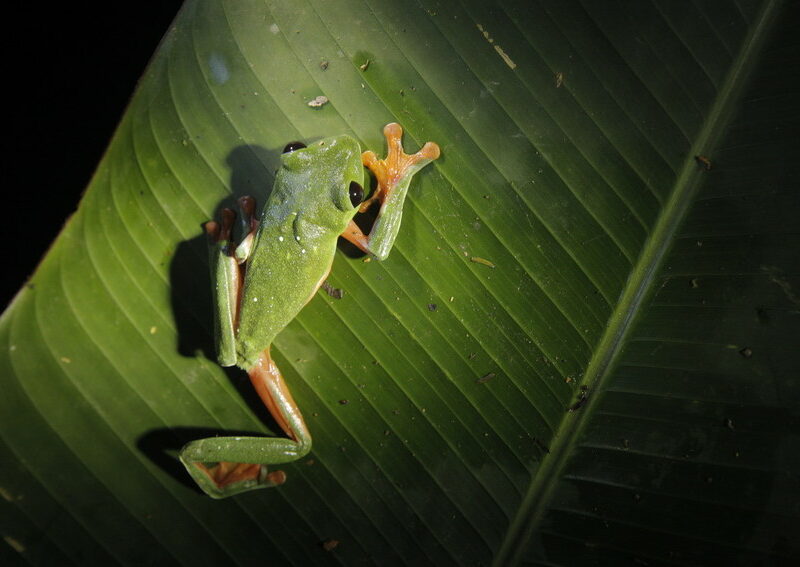 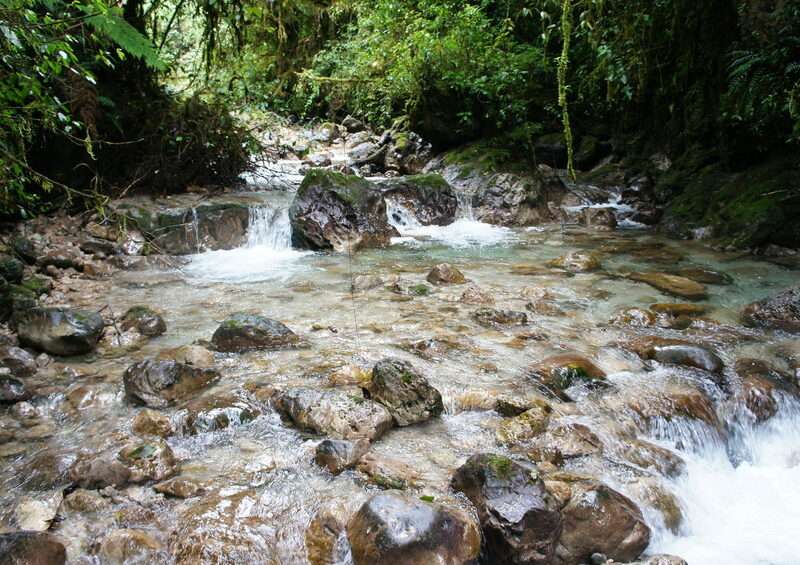 This frog lives in lowland to montane moist forests on mountain slopes, usually in trees near streams, ponds, and lakes at elevations of 200-1950 m. Its range extends from Belize to El Salvador, Guatemala, Honduras and Mexico².

This species has been hit hard by the disease chytridiomycosis, a fungal infection which has been identified as one of the major causes of global amphibian declines and extinctions around the world, caused by the parasitic chytrid fungus Batrachochytrium dendrobatidi³.

The Black-eyed Leaf Frog was also affected by the pet trade, though that is no longer a major threat. Habitat destruction due to subsistence and smallholder agriculture remains one of the largest factors affecting its conservation as its habitat is now severely fragmented.