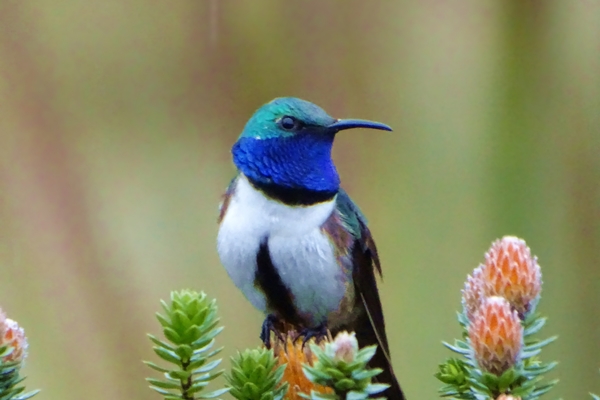 World Land Trust (WLT) has launched an urgent appeal to raise £30,000 and save a newly discovered hummingbird’s habitat from being destroyed by mining.

The newly discovered species, the Blue-throated Hillstar, is in critical danger of extinction as it can only be found on a few remote mountaintops in southern Ecuador where mining corporations have gained the rights to extract metal.

The metal-rich landscapes of Ecuador have seen an increase in industrial mining over the past thirty years. Swathes of Ecuador’s tropical forests have been cleared so that metals such as copper, gold and lead can be extracted from large open pits, a disaster for local wildlife.

Save the Blue-throated Hillstar

WLT has launched the Save the Blue-throated Hillstar appeal to raise £30,000. If we are successful it will enable our partner Naturaleza y Cultura Ecuador (NCE) to extend a Water Protection Area to include the hillstar’s 70,000 acre range. This will put it under government-level protection and remove the threat of mining.

“This is a unique opportunity to save a critically endangered species from extinction,” says Richard Cuthbert, Director of Conservation at WLT. “If we do not act now, mining corporations can move in on the habitat and create a mine which would most likely wipe out the hillstar population.

“This situation is the perfect example of why habitat conservation is so important. Habitat loss is one of the greatest causes of species extinction worldwide, and for every habitat we lose, we eliminate a stronghold for numerous plant and animal species. For species such as the Blue-throated Hillstar, with such a small range, this can mean extinction. The fact that we are continuing to discover new species in habitats facing threats like mining shows that we may not even be aware of the ecological damage these activities are causing.” 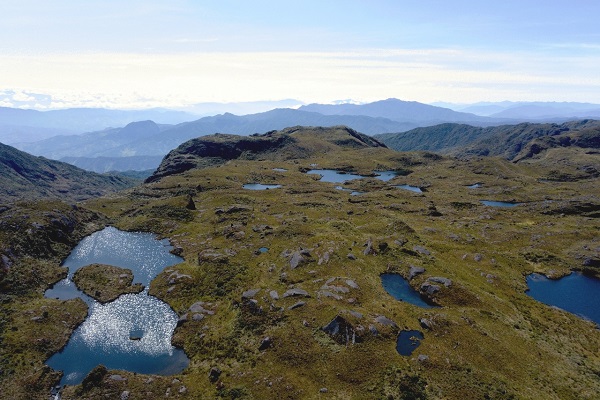 The habitat of the Blue-throated Hillstar is the páramo of the western Andes, an eco-region referred to as an evolutionary hotspot. Image: NCE

The land is owned by local communities, who want to ensure it is protected because they rely on the clean freshwater collected in the mountain ecosystem. With the funds from this appeal, NCE will extend the proposed Water Protection Area so the total area protected will be almost 200,000 acres (79,000 hectares) and also provide water for at least 470,000 Ecuadorian people.

“Mining is happening in lots of areas in Ecuador,” says Bruno Paladines Puertas, Head of Community Development at NCE. “We are lucky that this area is in an early stage of the process before any construction has begun, so there is still time to act. The support of the communities and the Water National Secretariat (SENAGUA) mean that, if we act quickly, we can place this habitat under the highest level of government protection in Ecuador and the mining concessions will be lifted.”

As well as the Blue-throated Hillstar, a new species of frog, the Tik Tik Rain Frog, was also discovered in August, found very close to the eastern border of the proposed protected area. This unique páramo habitat is also home to Spectacled Bear, Mountain Tapir and the magnificent Andean Condor. These mountains are still relatively unexplored by naturalists, and by protecting them, we may discover many more species new to science.

Update 15/02/2019: The fundraising target of £30,000 to save the Blue-throated Hillstar has been reached in less than two weeks, thanks to a rapid response from World Land Trust supporters to the plight of this critically endangered bird.