The Chaco-Pantanal is a unique transition zone between the Dry Chaco grasslands to the west and the world’s largest wetland – the Pantanal – to the east. Most of the Pantanal occurs in neighbouring Brazil, but in the very north-eastern tip of Paraguay it meets the Chaco and every year a large area is flooded, creating a changing mosaic of habitats that support a rich variety of wildlife.

Located in a strategically important area, the reserve protects habitat along the Río Negro (Black River), providing trans-boundary protection with the Otuquis National Park in neighbouring Bolivia. World Land Trust (WLT) is continuing to raise funds to extend and manage the Chaco-Pantanal Reserve to permanently protect this unique habitat. 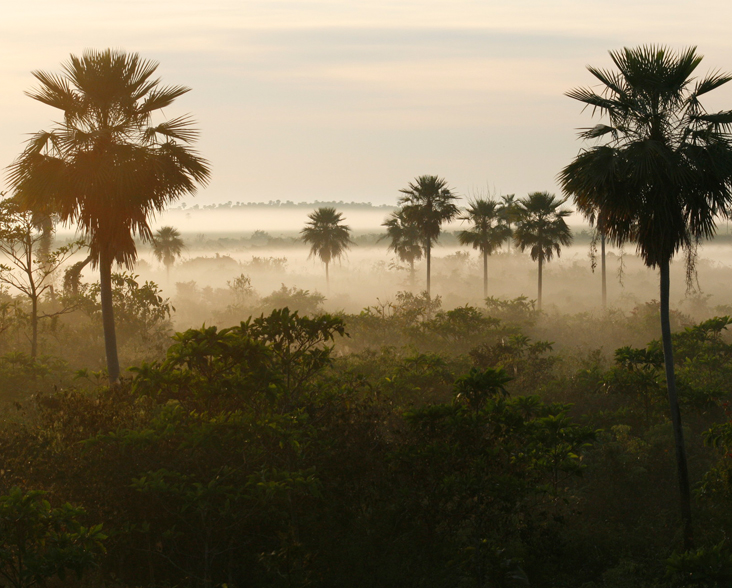 Working in partnership with Guyra Paraguay, the Chaco-Pantanal Reserve was established in 2005 as a result of a legacy to the WLT from Suffolk businessman, Sid Templer. Initially the Reserve covered 8,650 acres (3,600 ha) but, with help from other WLT supporters, it now protects almost 35,000 acres.

The Three Giants Biological Station, located on the Chaco-Pantanal Reserve, is named after three local inhabitants – the Giant Otter, the Giant Anteater and the Giant Armadillo, all of which are Endangered and can be seen in and around the reserve.

Guyra Paraguay began building the biological station in 2007, with funding provided by WLT Council Member, Kevin Cox, and it was completed in early 2008. The field station provides accommodation for local and international researchers and adventurous tourists, who want to explore the true wilderness of the unexplored Chaco-Pantanal.

Paraguay’s Chaco is afflicted with staggeringly high levels of deforestation, with huge swathes of land cleared for agriculture. Illegal hunting is another prominent threat to the Chaco-Pantanal, with action being taken to combat the hunting of species such as Marsh Deer within the protected the area.

The annual flooding of the Chaco-Pantanal is particularly important for aquatic birds, including many migratory species, which stop here in their thousands from all over the Americas.

Globally threatened bird species, including the Crowned Eagle and Hyacinth Macaw, are found in the region. The reserve also boosts high numbers of mammals: 117 species have been recorded, including large carnivores such as Jaguar, Puma, Maned Wolf, Black Howler Monkey and Marsh Deer, and, of course, the ‘Three Giants ’ – Giant Anteater, Giant Armadillo and Giant Otter. 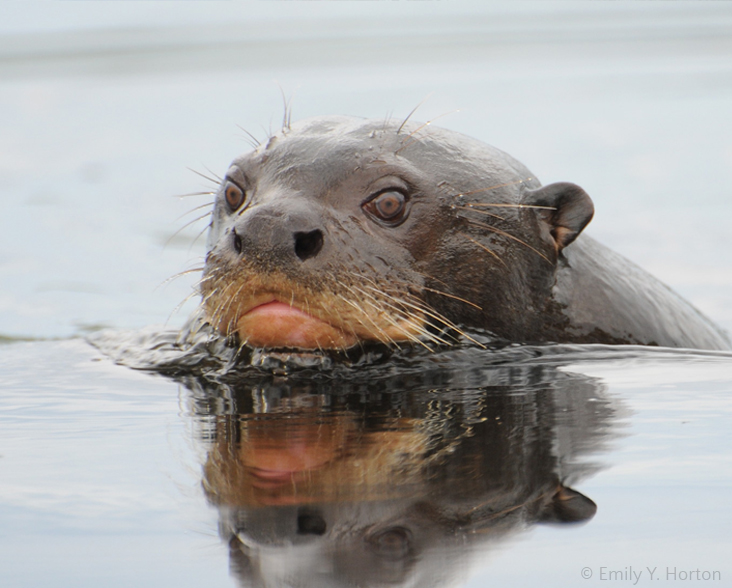 Recognising that the area is the territory of the Ishir, or Chamacoco indigenous people, and the importance of involving the surrounding communities in conservation, Guyra Paraguay are working in a number of ways to promote stewardship. For example, alongside the creation of the Chaco-Pantanal Reserve in 2005, Guyra Paraguay also established the ‘Eco-Club’, an open community group that mainly consists of young people from the nearby area. This very successful group has expanded considerably since, establishing the first local radio, the ‘Bahía Negra Poty’ and holding weekly meetings on their mission of raising awareness of conservation and sustainable use of biodiversity.