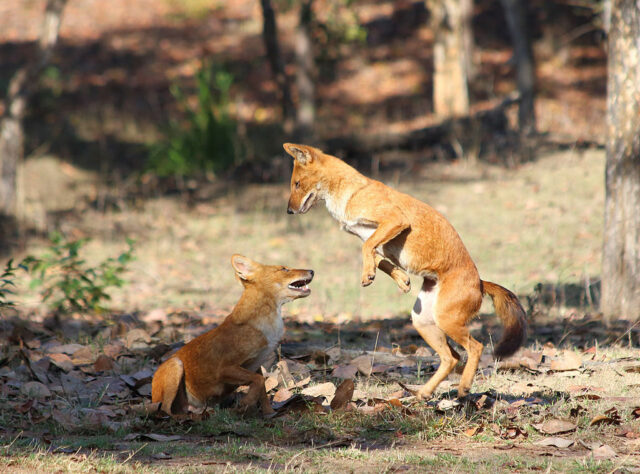 How sad I was not to meet a truly depraved animal. I was visiting a World Land Trust project in India and wanted very badly to see a dhole pack and savour its depravity. I saw many other wonders, of course, but alas no dhole.

“Abominable smell… they trotted pitilessly…no manners even in their own jungle… he despised and hated them… until they are killed or game is scarce they will go forward… thou hast never met the dhole — the Red Killer.”

This is from one of the marvellous Mowgli tales in The Second Jungle Book, a great favourite of mine since boyhood. So naturally I wanted to see real dhole, to see how they measured up to Kipling’s glorious fantasy.

But of course they don’t. They are smart doggy things that live a bit like wolves and look a bit like red foxes, except they have rather beguiling round ears. They hunt cooperatively, keeping in touch with low whistles — as unlikely a sound as you could possibly expect from a dog.

They work together so well they can bring down prey ten times the size of an individual dhole; even an elephant calf, I read, is not beyond their scope. They are deeply social: everything in their lives is about togetherness.

But they have suffered from being despised. Humans tend to dislike all wild dogs; dhole have been shot and poisoned as vermin, as if it were humanity’s job to rid the earth of such obviously depraved creatures.

We may be a little wiser now, but it’s all one to the dhole. We continue to destroy the places where they live: there are between 1,000 and 2,000 adults left in the world.

I came across some awful guff about dhole as the species the conservationists forgot, overlooking these outcasts in favour of sexy tigers and leopards. The fact is that if you save wild places, you save all the wild creatures that live in them: big cats and small dogs and all their various prey species as well.

And… as they say in The Jungle Book — Good Hunting!

Read more about the work by World Land Trust (WLT) partners to protect the habitat of India’s Dhole. 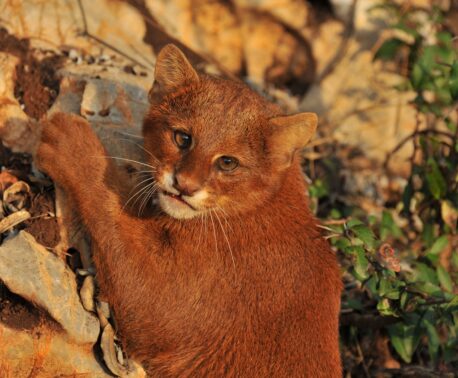 The jaguarundi is the cat of the shadows, the cat nobody notices, the cat most people have never heard …