Roberto Pedraza Ruiz, who heads of the Land for Conservation Programme with WLT’s partner in Mexico, Grupo Ecologico Sierra Gorda (GESG), loves nothing more than swapping his office environment for a few days in the Sierra Gorda forests.

As an award-winning photographer, Roberto is always accompanied by his cameras and he rarely returns from a field trip without some stunning images of the habitats and their wildlife that he has encountered along the way. Roberto has just sent us this report:

“It’s Monarch time again and every year I try to follow a little of their journey in our forests. I remember as a child them arriving on Day of the Dead which is celebrated in Mexico on the first two days of November, and gave rise to an old tradition here about them representing the souls of the dead. I recall, many years ago, that the oak branches bent downwards under their weight. While numbers are greatly reduced it is good to know that they ‘remember’ their wintering grounds in central Mexico and that at Sierra Gorda we are providing them with forests in which to rest on their long journey. I think it is quite amazing.”

The cause of the dramatic decline in Monarch butterflies is linked to the rise in genetically engineered crops in the Midwest of the USA and Canada (as well the illegal logging in their wintering grounds in central Mexico). Many of these crops are altered to be resistant to Monsanto’s Roundup herbicide, which kills milkweed, the monarch caterpillar’s only source of food. One report concludes: “The herbicide is so successful that milkweed plants have virtually disappeared from corn and soybean fields, and monarch butterflies have effectively lost a Texas-size chunk of their habitat.”

There are many concerned groups in North America who are working to plant milkweed to benefit Monarchs, with varying degrees of success.

“A colleague came across this bat hanging in a Guava tree, surrounded by fruit;  it had a very fat belly indeed! It turned to be a Jamaican [or Mexican] Fruit Bat (Artibeus jamaicensis) one of the 48 bat species present in the Sierra Gorda. We hope that as well as feasting well on guava, she may also be pregnant.” They seem to be having a domestic argument!

“Always a treat to encounter the Military Macaws, as for me they embody the wilderness spirit of these mountains. They are highly complex, intelligent and smart birds. Without their loud voices, Sierra Gorda would not be the same.” “One of my favourite birds of our forest is the Whip-poor-will (Caprimulgus vociferus) and so it was a treat to come across these two babies, while I was in the field with Marc Hoogeslag who was visiting from IUCN Netherlands.  We found this pair in el Cañón del Fresno reserve, funded with donations from WLT and IUCN NL.  The mother flew away from them so we had a brief moment to take a look on the two chicks and to take a quick photo. Their camouflage is incredible which means they are hardly ever seen.  Just to find them deserves a party! They feed on insects and with the small critters plummeting worldwide, it shows that Sierra Gorda can provide them with food to raise a family. They are truly fantastic creatures with a lot of attitude.” 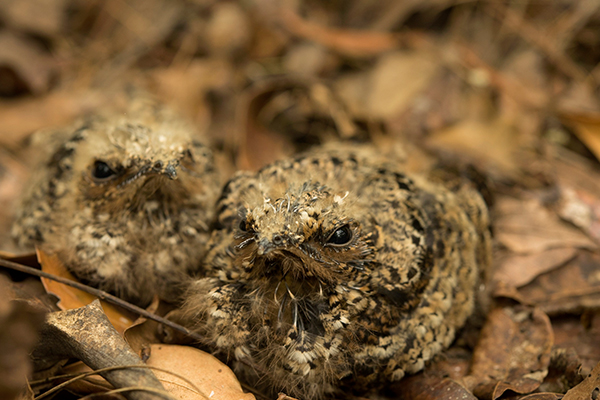 Whip-poor-wills are more likely to be heard than seen.

HELPING SAVE AND PROTECT SIERRA GORDA

Head Ranger and Keeper of the Wild, Miguel Flores in front of an ancient oak and next to a majestic Agave growing around 9,100 feet above sea level in one of the reserves funded by the WLT in the Sierra Gorda.

Says Roberto “This is a very Mexican image; Mexico is the richest country in both oak and agave species, as its mountains are a unique living laboratory for these plant families.” 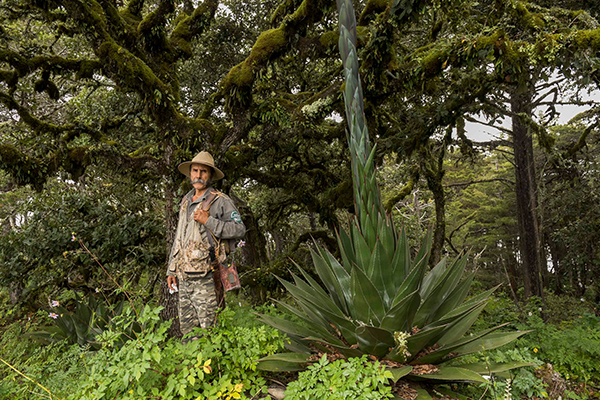 Help sustain Sierra Gorda Biosphere Reserve and contribute to the work of GESG by supporting our Keepers of the Wild appeal. Your donation will help rangers patrol and maintain this threatened wilderness, protecting crucial habitats and saving species. 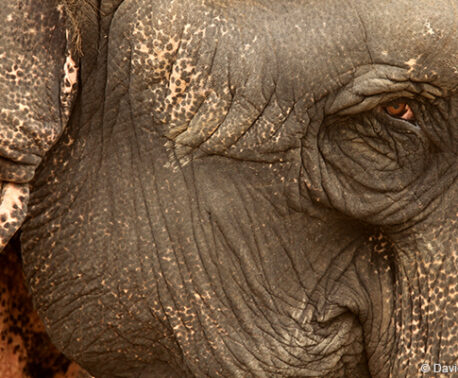 Conservation photography is about so much more than pretty pictures, as highlighted in two exhibitions that explore the work of WLT.