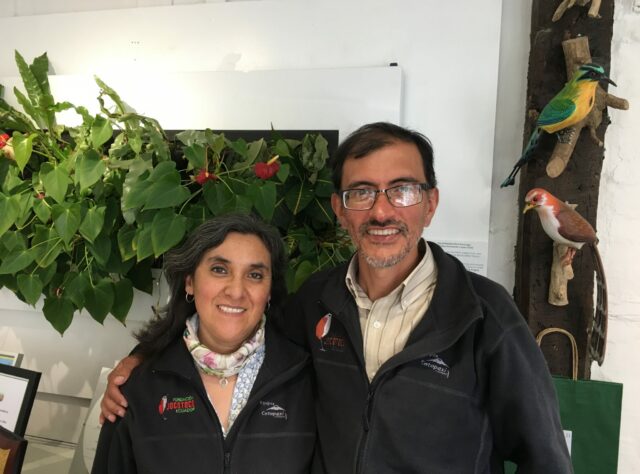 WLT invited Fundación Jocotoco (FJ) to join them at Birdfair this year to showcase the incredible work the NGO has carried out over the past two decades. Adela and Antonio will be giving highlights and results of their work in a lecture: ‘21 years of conservation success in Ecuador’.

During their visit to the WLT office, staff were treated to an early preview of the lecture which explores FJ’s conservation journey since the discovery of the Jocotoco Antpitta in 1997. Originally set up to purchase and protect land for threatened birds, as environmental concerns have changed their model has evolved to protect the extraordinary habitats and biodiversity found throughout the various ecosystems of Ecuador.

From FJ’s first reserve at Tapichalaca, where the Jocotoco Antipitta was discovered, FJ now protects 12 reserves throughout the country, including Galapagos, that cover 57,000 acres (24,000 hectares); a new reserve is planned for later in 2019. FJ’s reforestation work is also going from strength to strength, as they seek to restore some of the 95 per cent of tree cover that has been lost in Ecuador over the past 50 years. 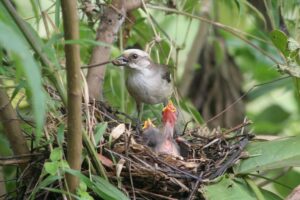 One particular success story for FJ follows sustained conservation action to increase numbers of one of the world’s rarest birds: the Pale-headed Brush-finch. For a long time this bird was believed to be extinct but was rediscovered in 1998. At that time there were thought to be fewer than 25 pairs surviving. FJ established the Yunguilla reserve to safeguard the only known tiny population of this species and with protection and research into its behaviour and threats, numbers have increased dramatically.

Antonio also reflected on how the birdwatching profile of Ecuador skyrocketed after the publication of Birds of Ecuador in 2001, which highlighted just how many endemic and diverse species are present in Ecuador, and the positive effect that this has had in raising the profile of conservation within Ecuador.

When asked if they had a favourite bird it was, of course, the Jocotoco Antpitta, which Adela describes as a “unique, beautiful bird with a special personality, a special something.”

Before Adela and Antonio head to Rutland for Birdfair, they will be visiting RSPB flagship Suffolk reserve, Minsmere. This is their first time in the UK and about his visit to Minsmere, Antonio said, ‘I am open to everything that will be new. Yesterday in Norwich I saw new birds, so I go with an open mind and will enjoy whatever I see.” Adela agreed, “We’re nature lovers – everything is good!” 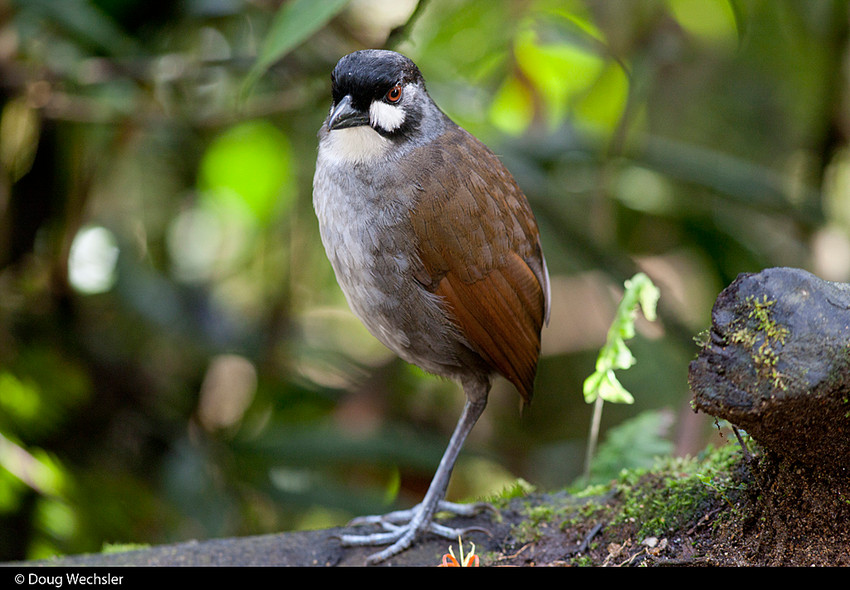 Birdfair is a brilliant opportunity to bring the work of Fundación Jocotoco to a new and wider audience. Antonio said, “I used to feel pessimistic, but that attitude is not conducive to solving anything so now I choose to be proactive. In the end, it’s a choice and if you’ve achieved something, you’ve done something good, or you’ve empowered somebody to act – that’s what count’s.”

Fundación Jocotoco was founded in 1999 after the discovery of Jocotoco Antpitta in 1997 by renowned ornithologist Dr Robert Ridgely and Nigel Simpson, a WLT Council member. WLT has partnered Fundación Jocotoco since 2003.