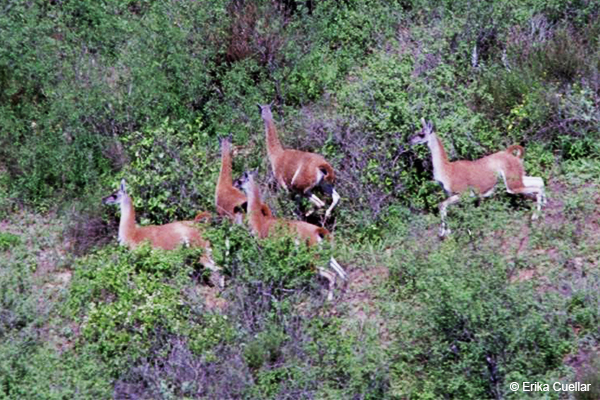 The Indigenous Autonomous Government of the Bolivian district of Charagua lyambae has approved more than 700,000 acres (285,000 hectares) as a conservation area for the protection of the Guanaco, a camelid only found in found in parts of South America, and protected on some World Land Trust (WLT) funded reserves.

The law follows a previous decision by the Indigenous Autonomous Government to protect the 1.2 million hectare conservation area at Ñembi Guasu. Guarani, the indigenous people governing the Bolivian Chaco, have declared Area de Vida Guajukaka the fourth reserve in their territory, forming a continuous corridor of protected forests for Bolivian wildlife across the reserves.

Fundación Natura Bolivia guided the Guarani people through the process of legally protecting Guanaco and their habitat. Funds were provided by WLT, IUCN National Committee of The Netherlands and United Nations Development Programme and Conservation International.

The Guarani local communities, whose land falls within the area, agreed to include their land in the Area de Vida Guajukaka. With the adoption of this new law, 70 per cent of their territory is now dedicated to nature conservation. This, and corridors on the privately owned land, now form part of the corridor that will allow Guanaco and other native species to travel safely throughout the territory, and across Paraguay.

The Chaco Guanaco population has plummeted to 200 in Bolivia as a result of habitat loss caused by agriculture, livestock farming and intensive hunting. For neighbouring Paraguay, the situation is worse, with an estimated 50 surviving. In both countries, they are considered Critically Endangered in the Chaco, and at high risk of being lost from these countries.

Alongside the new law, WLT partners Guyra Paraguay and Fundación Natura Bolivia have installed camera traps both sides of the border to capture and share data on Guanaco movement and the other species living in the conservation areas, with the eventual aim to create a transboundary reserve to increase the protected habitat for Guanaco.

Good news is that in the Patagonian Wildlife Refuge of Estancia la Esperanza, where WLT’s partner Fundación Patagonia Natural (FPN) have overseen the recovery of land degraded by overgrazing, Guanaco population rose from 100 to 850, despite some catastrophic fires over recent years.

The Gran Chaco or Dry Chaco is a sparsely populated, hot and semi-arid lowland natural region of the Río de la Plata basin, divided among eastern Bolivia, western Paraguay, northern Argentina and into Brazil. Deforestation rates in the Chaco are among the highest worldwide mainly due to soybean and beef production. The Gran Chaco harbours a high biodiversity, including many endemic species which are at risk, including the Chaco Guanaco. In Bolivia, WLT also supports the Barba Azul Nature Reserve with partner Asociación Armonia & Nativa. 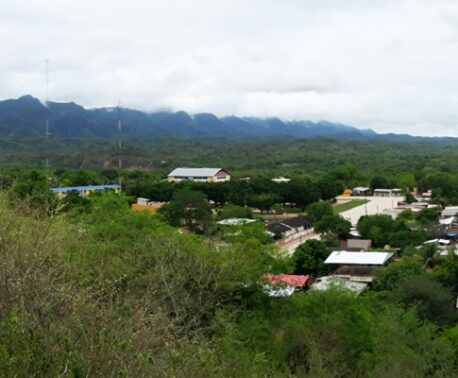 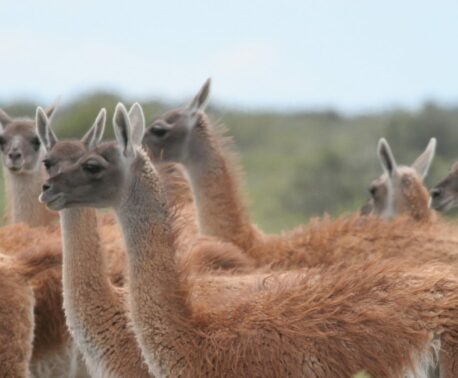 Guanaco 24/07/2017
Guanacos look similar to domesticated Llamas but are larger, with dense woolly fur that is dark-brown and paler underneath. There is strong evidence that the Guanacos of the Central Andes were the original source for the modern domesticated Llama.
Read More