Buy an Acre is World Land Trust’s (WLT) landmark programme which saves real acres in real places. In 1989 when WLT was launched £25 would buy and protect one acre. 30 years on, we are still buying acres through our partners. But the cost has risen, and in some places astronomically. So unfortunately not many of our projects fall within Buy an Acre, which we are still managing to keep to £100 an acre. The aim is to keep a portfolio of Buy an Acre projects, adding to them as critically threatened land, with astonishing biodiversity, becomes available at that price.

A new Buy an Acre opportunity has opened up for us in Mexico, to save Jaguar habitat and giving safe nesting sites to Military Macaws. More than 70 migratory species will also benefit from this protection.

Conservation of the territory for the northern Jaguar

The work being carried out by Naturalia Comité para la Conservación de Especies Silvestres (Naturalia) was brought to our attention by Roberto Pedraza Ruiz, Head of Conservation for our Partner Grupo Ecológico Sierra Gorda (GESG) in Mexico. Roberto subsequently invited the director of Naturalia, Oscar Moctezuma Orozco, to give a presentation to all WLT partner representatives attending the 2016 Partner Symposium which was held in Sierra Gorda, Oscar gave an inspirational and exciting insight into their work. About the new partnership Roberto said: “Less than 4,000 Jaguars are left in Mexico, always facing increasing pressure from poachers and developers. But in the State of Sonoro just south of the US border, still survives the most northerly population, living in the rugged foothills of the Sierra Madre. So, to learn about support from World Land Trust for the efforts of the local NGO Naturalia to expand its Northern Jaguar Reserve is the best way to start my day. Congratulations on this new partnership and happy Jaguars!”

Summary: Naturalia have requested support to purchase two properties totaling nearly 4,000 acres to expand and connect the Reserva Jaguar del Norte (currently protecting 49,421 acre (20,000 hectares) with land currently owned by Naturalia covering 3,706 acres (1,500 hectares). The protection of subtropical scrub or Sinaloan thorny scrub, as well as oak forest in Sonora is a high priority. Inventories of the area have recorded 215 bird species, 48 reptiles and amphibians and 47 mammal species (including Jaguar). One of the properties is the only known nesting site for the Military Macaw in the region.

Reserva Jaguar Del Norte. Naturalia is on a mission to purchase more land for the reserve. Image: Oscar Moctezuma Orozco/Naturalia

The Reserve of the North Jaguar to the east of the state of Sonora, was the first reserve established in Mexico with the main objective of conserving the Jaguar. This is the most northerly population of Jaguar in the Americas, living along the extraordinary biodiversity of this little-known habitat.

The reserve lies just 270 km from the border with the United States and has been primarily a cattle and sheep ranching area since the 17th century. Perhaps not surprisingly, Jaguar, Puma and other predators can come into conflict with rangers. Over the past decade the importance of working with landowners in conserving large predators is gaining momentum and is being implemented with relative success. 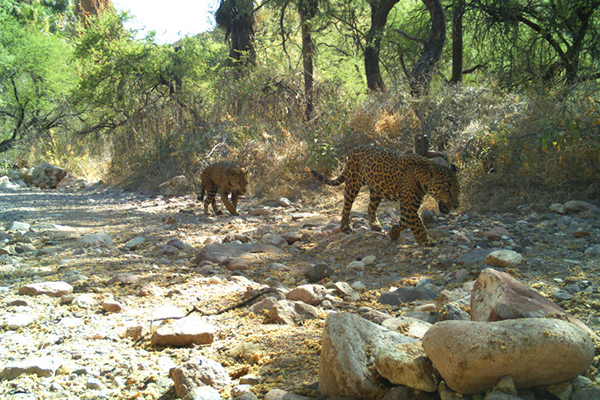 Sometimes land purchase isn’t an option which is when our partners look at the other options for protecting land. Buying leases for conservation is an alternative which WLT is funding very successfully in Vietnam and Armenia, and leases can also be permanent. Another conservation tool is working towards the creation of community and state reserves. This requires our partner organisations to facilitate negotiations between indigenous communities, local government and landowners to work together to get protection for key habitats under threat. One such example is a new project, again in Mexico, to save a crucial thorn scrub and cactus forest. Summary: NCSM has identified a 116,000 acre (47,270 ha) remnant of Pitayal (a dense area of Organ Pipe Cactus (Stenocereus thurberi) forest), owned by eight indigenous Mayo-Yoreme communities in Sonora, Mexico. NCSM’s goal is to create a protected area for this thorn scrub forest, of which approximately 2 million acres have already been lost in Mexico since the 1980s. Of vital importance for migratory birds and pollinators, this ecosystem provides connectivity, forming part of a bi-national corridor between Mexico and the USA. As well as a web of desert biodiversity, notable species include the rare Lesser Long-nosed Bat which is the pollinator of the Organ Pipe Cactus and the recently-described Sinaloan Thornscrub Tortoise. NCSM are collaborating with the communities and CEDES (Commisson of Ecology and Sustainable Development of the State of Sonoro) on a pathway with an aim to create the Pitayal Coastal State Reserve. There is much work to be done working with local municipalities, validation of the process with local indigenous communities located within the proposed reserve. This funding covers Phase One of the project. 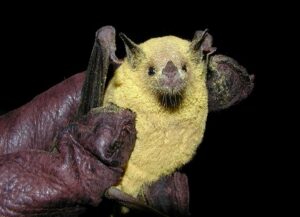 The Organ Pipe Cactus grows only in the Sonoran Desert and is found from south western Arizona south to Sonora, Sinalao and Baja California in Mexico. It can live for 150 years. Its main pollinator is the Lesser Long-nosed Bat (Leptonycteris yerbabuenae), listed as Near Threatened by IUCN, which migrates each spring into the region to feast on cactus pollen, nectar and fruit. 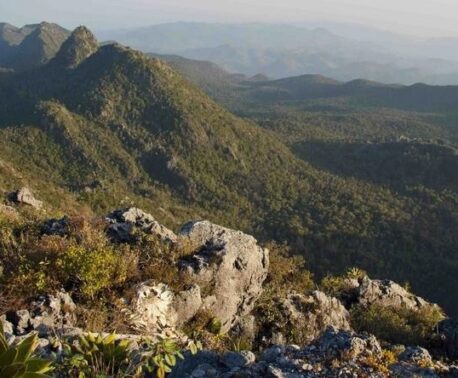 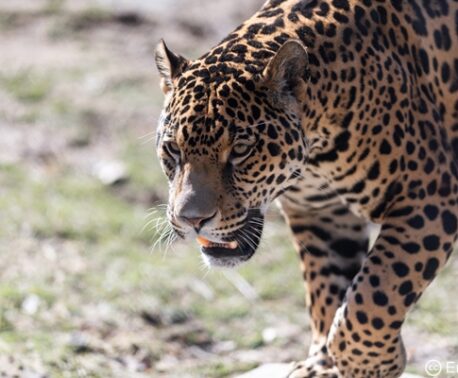 Barnes’s Bestiary: Jaguar 17/10/2018
Simon Barnes recounts a sighting of a wild Jaguar in Belize, and the lesson it taught him about conservationists, in …
Read More