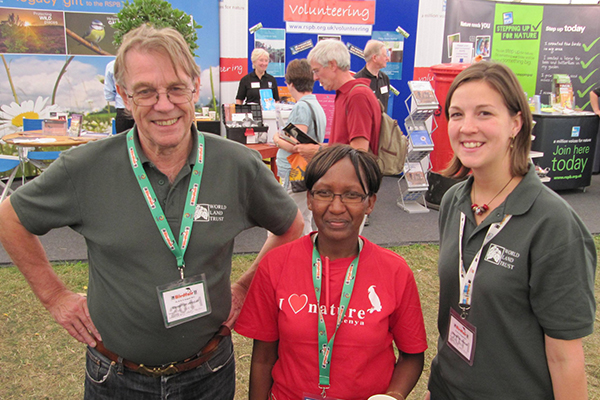 When I look back over my career (if you can call it that) I have often wondered what were the key things enabling me to do what I have done. It also relates to one of the questions that I am frequently asked by students: how can I get into conservation – what degree should I do, should I get a masters’ etc.  All this I have dealt with in other blogs. But thinking back, I recognise that as a “war baby” I was very lucky: there was no shortage of jobs, and I suppose I was about 9 years old when I decided I wanted to work at the Natural History Museum (or rather British Museum (Natural History) as it was then), and so when I was 18,  I applied for my job. And joined the staff. But that is another story.

I think one of the key experiences that has stood me in good stead as a conservationist, is becoming involved with natural history societies and other voluntary bodies. I was about 17 when I was on a committee for younger naturalists in the London Natural History Society, and by 19, I was the Recorder for Mammals for the London Area (London Natural History Society), and had joined the British Trust for Ornithology and the Mammal Society. In my early 20s I was Chairman of the LNHS Ecology Section. Later I became a member of the British Ornithologists’ Union Meetings Committee,  and I served on the Council of the Otter Trust, on the Library Committee of the Linnean Society, the Expeditions Committee of the Royal Geographical Society, and many more. I am sure that one of the reasons I was asked by Richard Fitter, to become Assistant (and later Executive) Secretary of the Fauna Preservation Society (now FFI), was because of the administrative experience I had already gained. And of course nearly all of them publish journals, which keep you up to date with research. And when I left the Natural History museum to pursue a career as a writer and journalist, I joined the NUJ, and the Society of Authors. For obvious reasons, particularly as I wanted to work for unionised publications.

Over the years I have joined many organisations, some I have left when I realised my interests have changed (for instance the Galpin Society and the Auricula Society, both important at one time in my life, but now less relevant), or some I felt they simply were not worthwhile. The important thing is that the early experience of committee work has proved invaluable. It enabled me to get work on the Convention on International Trade in Endangered Species (CITES) as a rapporteur, and it has certainly been of huge help when founding organisations like the Bat Conservation Trust and the World Land Trust. There are more organisations for enthusiasts to join now, by an order of magnitude, but many of them struggle to find young enthusiasts to help run them. County wildlife trusts, natural history societies, bird clubs and loads of specialist societies, all wanting support. And yes, I am amazed, when interviewing potential staff for WLT, how few of the interviewees belong to more than the obvious ones – the RSPB, or perhaps WWF. The Birdfair which takes place every August at Rutland Water is a great way to learn about the work of other organisations and those you might want to join.

Currently in addition to the ones mentioned above, I belong to the Royal Anthropological Institute, I have in the past been a member of the Society for the Study of Amphibians and Reptiles and I am currently a member of the Rare Poultry Society, and the Poultry Club of Great Britain (because I keep rare breed bantams). I belong to Lega italiana protezione uccelli (LIPU), the bird protection society of Italy, because I visit Sicily very regularly. I also am a Friend of the Royal Academy. However, the latter is not altruistic – I get in free to exhibitions and use the members coffee bar. So there are other good reasons for joining organisations.

So, if you are young and want a career in conservation, join up and offer to help with the administrative side of an organisation. 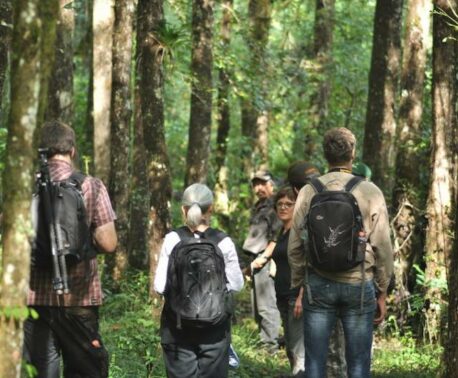 What skills does a modern conservationist need? 16/12/2016
By John Burton, WLT Founder CEO At World Land Trust (WLT), we regularly get enquiries from job seekers. Often highly …
Read More
How to apply for a conservation job 20/02/2018
Notes for candidates for job vacancies and internships Applying for a job or internship is a serious business and in …
Read More