Elephants come in all shapes and sizes SEARCH NEWS 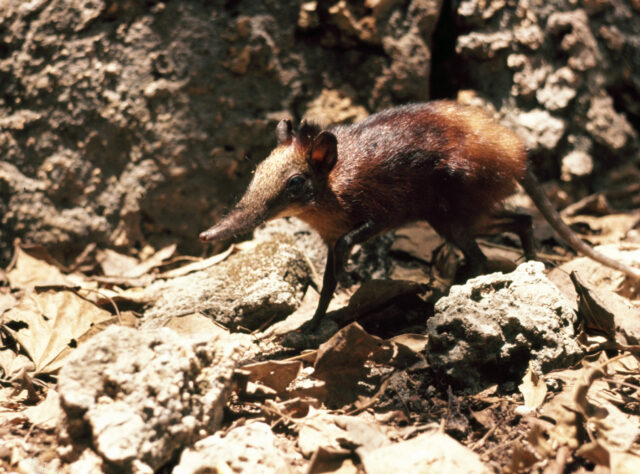 WLT’s latest appeal to save the forests of Dakatcha, part of Kenya’s coastal forests, is a bid to save 810 acres of unique habitat which harbours a wealth of endemic and endangered species. One such mammal is the Endangered Golden-rumped Elephant Shrew (Rhynchocyon chrysopygus). The largest species of the elephant shrew family, it is roughly the size of a rabbit, measuring around 20in (56 cm) with a tail of up to half the body length. As its name suggests it has a bright yellow patch of fur on its rump making it easily identifiable although rarely seen. Unusually for such a small mammal this species is monogamous, and mates for life. 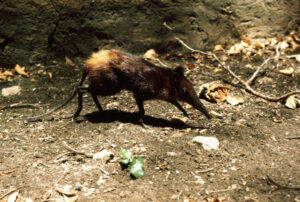 Living on the forest floor burrowing into leaf litter, these insectivores use their flexible snouts to search out a wide variety of invertebrates including earthworms, millipedes, insects and spiders. The Golden-rumped Elephant Shrew appears to have a commensal relationship with Red-capped Robin-chats (Cossypha natalensis) which follow the elephant shrews through the forest and feed on invertebrates they leave behind.

The Golden-rumped Elephant Shrew’s main predators are harriers and snakes such as black mambas and forest cobras. However, loss of habitat is by far is its greatest threat.

Elephant shrews are more closely related to elephants, aardvarks, and dugongs than they are to other shrews

Surprisingly, elephant shrews (also known as sengis) are not closely related to shrews as their name suggest, nor are they rodents, but are in fact distantly related to elephants and are in a family of their own – Macroscelidea. They date to at least 50 million years ago. These elegant long-legged animals are similar in body form to small forest antelopes, such as the Dik-dik which also occurs in Dakatcha. One scientist commented: “Think about crossing a miniature antelope and an anteater and that’s what you get”. 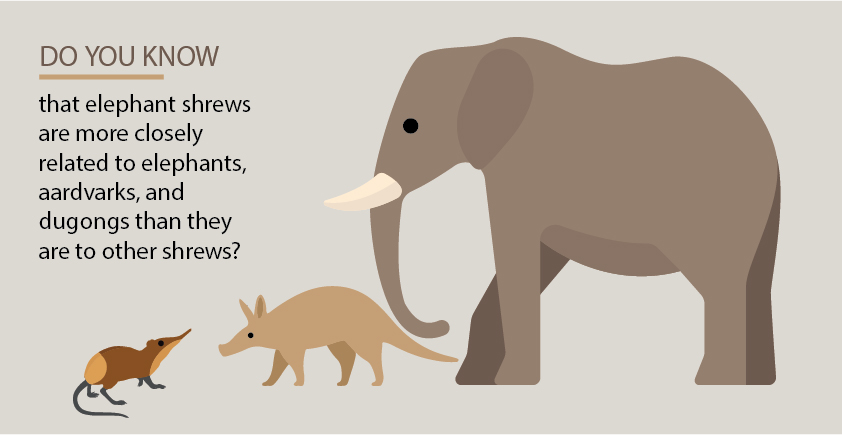 While a few African Elephants find their way through Dakatcha at present it isn’t an easy passage. As is so often the case the world’s largest land mammal needs to move across large tracts of land in search of food and can leave destruction in their wake. As a result they come into conflict with humans protecting their homes and crops. Areas are fenced and other mechanisms employed to deter elephants from trashing arable land. Nature Kenya is recommending establishing an elephant corridor from Arabuko-Sokoke Forest to Galana Ranch and Tsavo Park, which would pass through Dakatcha, but this isn’t yet a reality. If we are able to secure the land through this appeal, this could be the next major challenge.

Buy an Acre for £100 (half an acre for £50 or quarter of an acre for £25) to help us protect the Dakatcha coastal woodland. Your donation will enable our partner, Nature Kenya, to establish the elephant corridor, secure the future of the Golden-rumped elephant shrew and protect this precious forest. 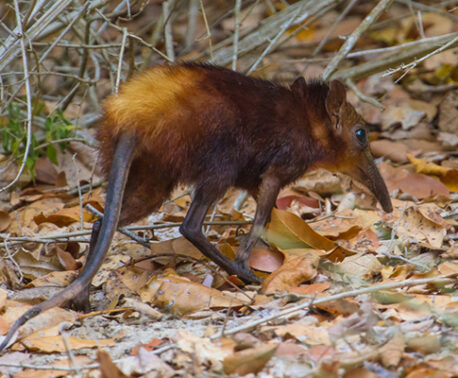