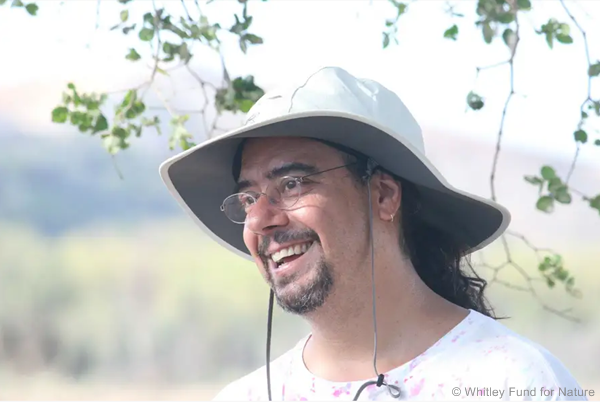 Over the past 30 years’ Provita has worked tirelessly to conserve wildlife in Venezuela with a particular focus on the threatened Yellow-shouldered Parrot, which has a stronghold on Margarita Island in the Venezuela Caribbean.

The Yellow-shouldered Parrot is classed as Vulnerable by IUCN and has a very small range along the northern coast of Venezuela and the islands off its north coast – in particular, Margarita Island. The habitat is desert shrub with low vegetation of thorn bushes, spiny trees and cacti.  The breeding season is between March and September when parrots form pairs and nest in holes in trees or cliffs. The female lays between 2 and 5 eggs.

World Land Trust (WLT) has been supporting Provita’s work on Margarita Island for the past ten years and funds Keepers of the Wild who are on 24 hour guard to protect Yellow-shouldered Parrot  nests during the breeding season.  As well as habitat loss for sand mining, the parrots are especially threatened by collecting for the illegal domestic and international pet trade, with more Yellow-shouldered Parrots in captivity than survive in the wild. 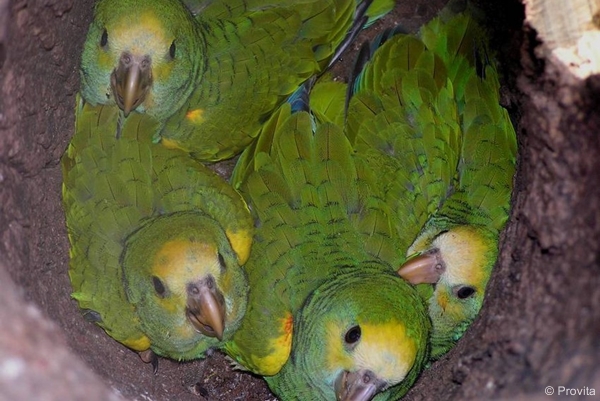 Reserve ranger Pablo Antonio Millán and his colleagues protect the Yellow-shouldered Parrot nests during the breeding season and carry out population monitoring and management throughout the year. Pablo is supported by WLT’s Keepers of the Wild programme.

Keeper of the Wild Pablo Millán explains:  “The hardest part of my job is dealing with hunters, but in the end it gives me great satisfaction when I see the parrot fledglings coming out of their nests. I feel enormous happiness when I watch them flying, knowing that they are free.”

In 2018 126 Yellow-shouldered Parrot chicks fledged, a record number in the project’s history. José Manuel Briceño, Provita’s sub-director on Margarita commented “This is a clear result of a stronger and larger team of rangers, getting better prepared for the breeding season earlier on the year, thanks to our funding partners and improved project management practices that we are now implementing.”

In 2016 Jon Paul became the Chair if IUCN’s Species Survival Commission and is the first person from outside Europe or North America to hold this title. He continues to mentor staff at Provita and his influential position is now more important than ever in the face of the current challenges to make space of nature, against a backdrop of social and economic crisis in Venezuela. WLT congratulates Jon Paul Rodríguez on being awarded this well-deserved prize.