Orchid quest in Forests of the Sky SEARCH NEWS 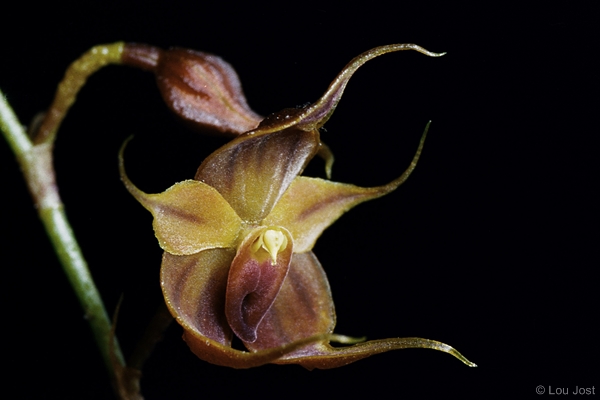 High in the Andes of Ecuador are a series of mountains cloaked in clouds that hide incredible forests bursting with floral diversity. Such a habitat is a treasure trove for botanists like Kelsey Huisman, who recently visited Cerro Candelaria Reserve on a quest for miniature orchids.

I finally arrived out of breath at a small clearing to rest before the next section of steep and difficult trail up the mountain. The park guard, Santiago, was waiting for me there under the plastic roof, out of the rain. I took off my mud-caked boots and poured out the water that had been collecting for hours. Santiago’s eyes were wide with surprise.

“Sí, la riena del lodo. The queen of mud,” I said, pulling my rain pants out of my hiking bag.

It was raining heavily, I was out of breath from the hike in high altitude, and my boots were caked with so much mud they looked like space-boots. But, as we hiked closer to our camp, the steep muddy trail became lined with the precious miniature Teagueia orchids. This is why I had returned, and why I would rather be here than anywhere else in the world. 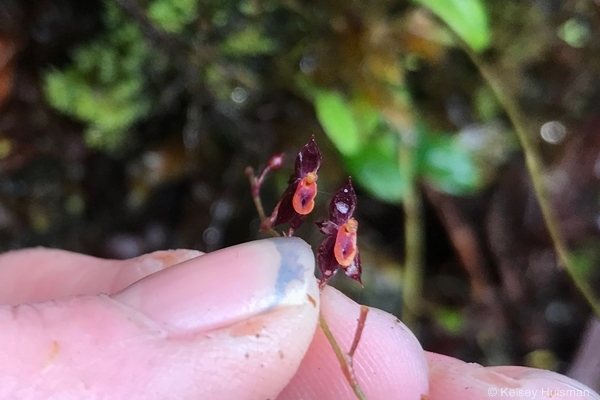 Teagueia orchids have beautiful and delicate flowers, and many different species can be found in Cerro Candelaria Reserve. Image: Kelsey Huisman

Growing in tightly with the moss, Teagueia orchids are small with flowers usually no longer than your fingernail. Every species has a distinct look to their flower, and their own colour palette. Until the early 2000s, only six species were known from the northern Andes of Colombia and Ecuador; then Lou Jost and colleagues discovered an extraordinary radiation of around thirty new and unique species in the Upper Río Pastaza Watershed.

These cloud forests are paradise for botanists like me. The mountains first captivated my soul when I did an orchid research project with World Land Trust’s (WLT) partner Fundación EcoMinga after meeting the co-founder Lou Jost in 2014. With each trip into the mountains, I fell more and more in love. I gained a family with Santiago and the other park guards, who are supported by WLT’s Keepers of the Wild programme. I did not want to leave then, and that feeling has never changed.

So I was delighted to be able to return to further study the Teagueia orchids for a PhD in collaboration with Fundación EcoMinga, Fundación Oscar Efrén Reyes and the Universidad Técnica Particular de Loja. 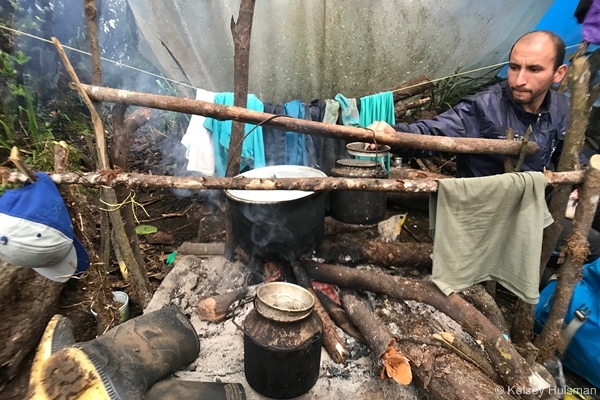 The park guard Santiago at the rest camp on the mountainside. Image: Kelsey Huisman

The search for Teagueia orchids

After the challenging eight-hour hike, we arrived at our camp where Santiago started a fire; we hung our wet clothes, and cooked food before going to bed under our tarp tent. The heavy rain continued into the next day.

We set out in the morning, going farther up the mountain to where the cloud forest begins to transition into a high elevation páramo. Santiago went ahead to scout for Teagueia orchids in flower. He knows the mountains and the trails very well, plus he can hike much faster than me since I come from the flat American Midwest where there is not much elevation. This was my first time in Cerro Candelaria, so it took longer to hike the unknown trail. I kept stopping in awe of the forest around me.

As it was not peak flowering time, I had limited choices in the species I could collect from, because I cannot collect from species that cannot be identified, and flowers are critical for identification. I was able to collect samples from three Teagueia species, and the guards assured me that when I return in September, there will be many more species in flower. There are around sixteen species of Teagueia just in Cerro Candelaria; some only grow on this one mountain.

It took about seven hours to collect a sufficient number of samples. Each time we stopped, I tried to work as fast as possible with Santiago aiding in the process. It is very cold at these high elevations (>3400m), plus the wetness from the rain always makes everything colder. Santiago was shivering, and my fingers and toes were going numb. It may sound crazy, but I would not trade these experiences for anything. It is so remote and untouched; each journey into these mountains reawakens the wildness of my soul. 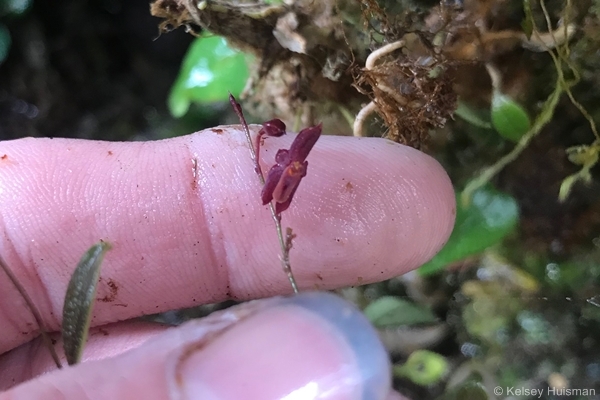 These mountains, guarded by EcoMinga, support higher plant endemism (species found nowhere else on Earth) than the Galapagos Islands. The history and relationships among these Teagueia species and their associated fungi is what I hope to uncover with my PhD using modern DNA techniques.

Walking through these cloud-covered mountains, I wonder how many more unique species could be hiding undiscovered off the trails. How can we protect species if we do not know they exist or know anything about them to share with the public? I hope the work I do for my Ph.D. project brings attention and further conservation funding to this region. The more we know about the fascinating biology in these reserves, the easier it will be to inspire the public to help us protect them. 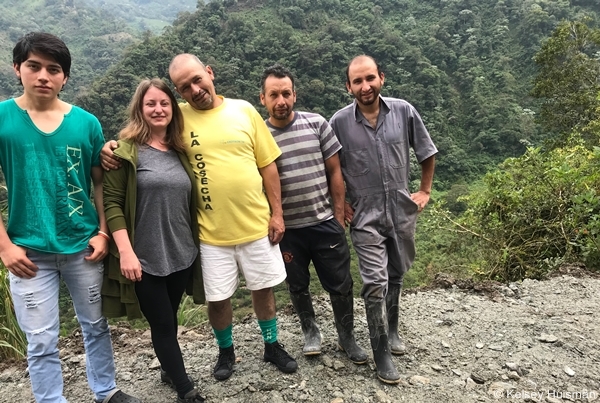 One of Fundación EcoMinga’s priorities for conservation in this area has been to create a continuous biological corridor between Llanganates and Sangay National Parks, which was achieved in 2016 thanks to the generous support of WLT donors to the Forests in the Sky appeal.

WLT continues to fund conservation efforts in the Upper Río Pastaza Watershed by supporting the work of Santiago and the other park guards who became Kelsey’s Ecuadorian family through the Keepers of the Wild programme.

Kelsey’s PhD is exploring recently discovered rapidly evolving Teagueia orchids and their fungi. Samples are being collected in an ecologically sensitive way to ensure that research does not impact conservation.  Follow Kelsey’s work on her website »

To find out more about the unique species in this incredible ecosystem, and receive regular field updates, visit and sign up for Fundación EcoMinga’s blog » 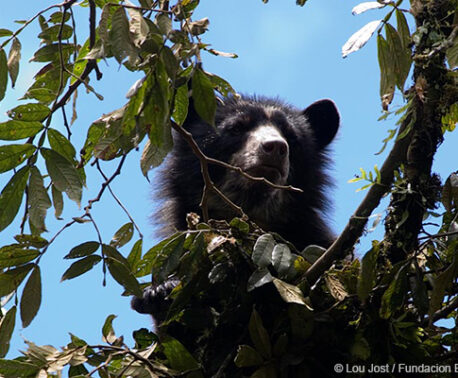