New opportunity in the Jungle for Jaguars corridor SEARCH NEWS 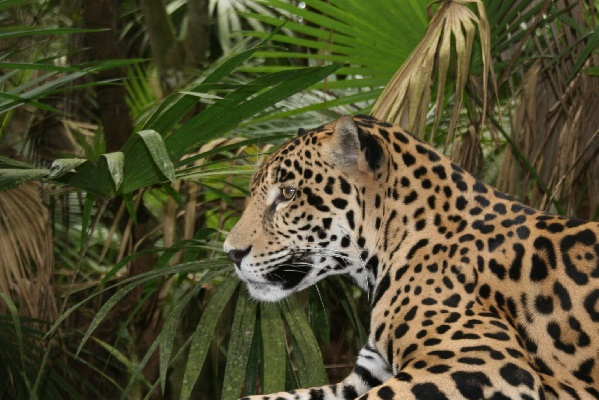 The success of our Jungle for Jaguars appeal has unlocked an opportunity to acquire an additional piece of forest to add to the corridor, at the Buy an Acre price of £100 per acre.

The Jungle for Jaguars appeal in late 2018 was an incredible success and enabled our Belizean partner the Corozal Sustainable Future Initiative (CSFI) to purchase and protect 8,154 acres of threatened forest.

This purchase has triggered the sale of another piece of land in the corridor, which is strategically important as it lies between three protected areas already managed by CSFI and borders the Jungle for Jaguars land on the eastern edge of Shipstern Lagoon. World Land Trust’s latest appeal aims to raise £181,800 to purchase these 1,818 acres to create continuous habitat for Belizean wildlife between Shipstern Conservation & Management Area, Honey Camp National Park and Freshwater Creek Forest Reserve. 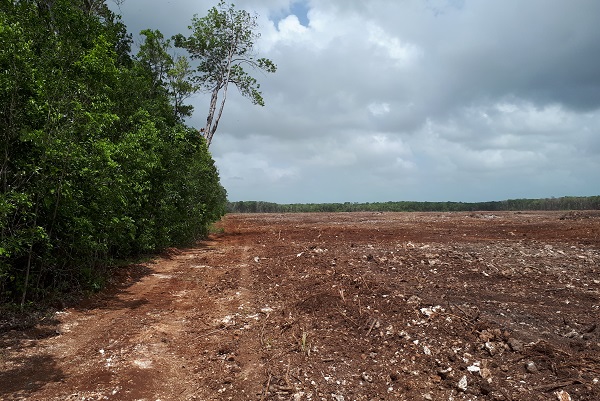 North-eastern Belize is losing its forests faster than any other region in the country. Image: CSFI

In the past decade alone, over 25,000 acres of natural forest has been cleared for agriculture and development in Corozal, the northernmost district of Belize. The region is still vitally important to jaguars, as well as an array of other wildlife such as ocelots, tapirs, toucans and raptors. As Corozal is losing its forest faster than any other part of the country, World Land Trust (WLT) is treating it as a priority to save.

The new appeal, which will be the focus of WLT’s Buy an Acre programme until the target is reached, aims to raise the funds to purchase 1,818 acres of forest to save it from clearance for agriculture. This is the last crucial piece of habitat remaining unprotected inside the Jungle for Jaguars corridor connecting existing nature reserves to the north and the south. By protecting it, jaguars and other rare species will be able to roam safely between these reserves in search of food and mates.

John Burton, Chief Executive at WLT, says “Deforestation in northern Belize has had a catastrophic impact on wildlife, fragmenting habitat and creating islands of forest where wildlife becomes marooned in ever decreasing pockets of land.

“Ensuring that forest remain connected is a priority for conservation, and this project is a rare opportunity to make a real impact for Belize’s threatened wildlife. At the relatively low cost of £100 an acre this gives everyone an opportunity to be part of the solution. All land purchased will owned and protected by our partner CSFI.”

For every £100 donation, CSFI will be able to purchase one acre of this incredible habitat, home to at least 22 Jaguars, as well as four other cat species and the Endangered Baird’s Tapir.

Help us give wildlife room to roam. 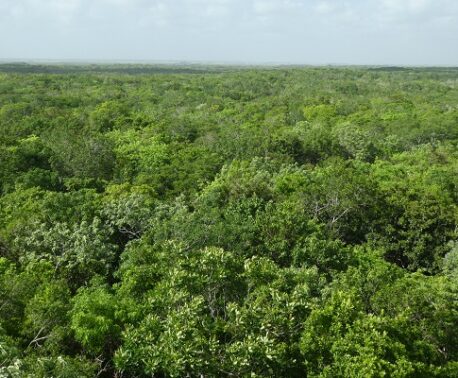 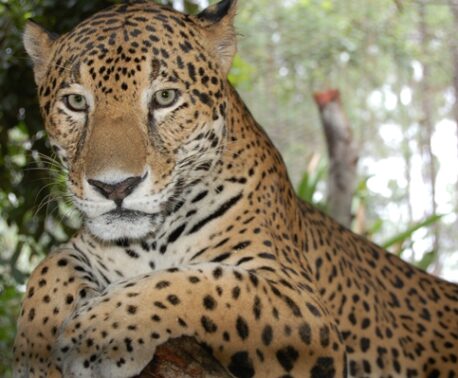