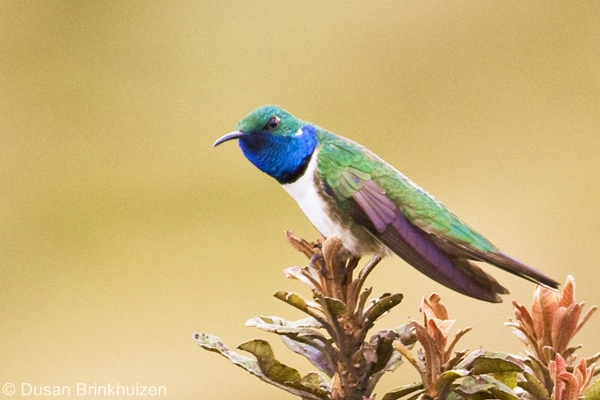 The fundraising target of £30,000 to Save the Blue-throated Hillstar has been reached in less than two weeks, thanks to a rapid response from World Land Trust (WLT) supporters to the plight of this critically endangered bird.

An urgent appeal was launched 5 February 2019 to raise £30,000 for WLT’s partner, Naturaleza y Cultura Ecuador (NCE), to defend the Blue-throated Hillstar’s habitat from mining by placing it under the highest level of government protection in Ecuador.

The Blue-throated Hillstar can only be found on a few remote mountaintops in the western Andes of southern Ecuador, also home to the Mountain Tapir (Endangered), Spectacled Bear (Vulnerable) and Andean Condor (Near Threatened).

Protecting the hillstar’s habitat from mining

As the hillstar’s range is limited and mining corporations had gained the rights to mine its habitat for metal deposits, this species meets IUCN’s criteria for critically endangered status. However, this appeal will now fund NCE’s work to have 70,000 acres (the hillstar’s entire known habitat) recognised as part of a Water Protection Area, a status which prohibits mining or petroleum extraction.

“I am thrilled that our supporters have once again risen to the challenge and helped us raise £30,000 so quickly for this urgent appeal,” says John Burton, WLT Chief Executive. “This is the fastest we’ve ever reached a fundraising target and the timing couldn’t be better. Thank you to everyone who has supported the appeal. Our partner NCE are currently working with local communities and the Water National Secretariat (SENAGUA) to get the new area declared as soon as possible.”

“As mining is not the only threat, the declaration is the first vital step. Other major risks to the habitat include manmade fires and road building. All the funds raised will go towards the land protection and NCE’s work with local communities to ensure the sustainable future of this protected area.”

WLT launches appeals when one of our international partners contacts us about an important project in need of urgent funding, like the plight of the Blue-throated Hillstar. To keep up to date with updates from this project and to hear about more opportunities to take vital conservation action, subscribe to our monthly eBulletin here »