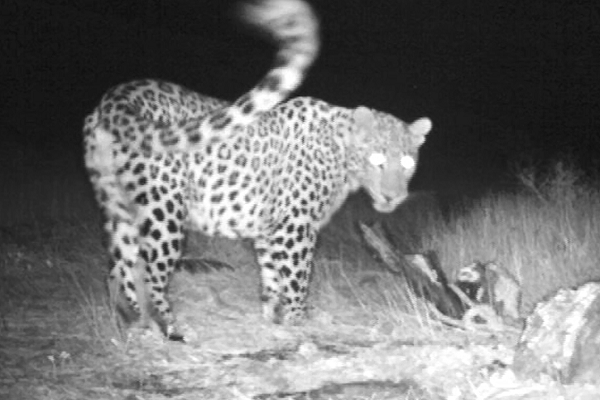 A trail camera in the Caucasus Wildlife Refuge in Armenia has captured footage of the rare Caucasian Leopard.

The Caucasian Leopard (also known as the Persian Leopard) is the only subspecies of leopard to be classified as Endangered by the IUCN Red List of Threatened Species, which estimates that less than 1,300 mature individuals still exist in the wild.

The main threats facing the leopard have been direct poaching and poaching of the leopards’ prey, such as the Bezoar Ibex and Mouflon, so protected areas where both the predators and prey can survive in healthy populations are rare. Their habitat has also been greatly affected by human disturbances such as military presence and training, as well as deforestation for agriculture, livestock farming and development.

World Land Trust (WLT) CEO John Burton says, “As this subspecies is so rare, any habitat such as the Caucasus Wildlife Refuge, which is protected by our partner the Foundation for the Preservation of Cultural Assets (FPWC), are incredibly valuable. The most recent footage capturing the movements of a leopard that has previously not been seen in the area indicates the importance of this reserve.

“Adjoining the Khrosov State Park, the Refuge provides vital habitat for migrations of species such as Bezoar and Mouflon. The trail cameras have shown that there is a small resident population of leopards in the refuge, which is significant considering that the total population in Armenia is estimated at as few as 10 individuals.”

“FPWC have also set up webcams with their partner VivaCell-MTS which you can view online. These give our supporters a window into life on the refuge, from the beautiful flowers in spring time to the birdlife and mammals which can be seen sometimes- and we know there is always a chance that one day a leopard could be spotted.”

Help support the Caucasian Leopard by buying your gifts at The Body Shop this Christmas. The Body Shop is pledging a minimum of £100,000 to World Land Trust for the protection of the Caucasus Wildlife Refuge in the Ararat province of Armenia through their Christmas collection, Enchanted by Nature.