One Wild Night is a star-studded success SEARCH NEWS 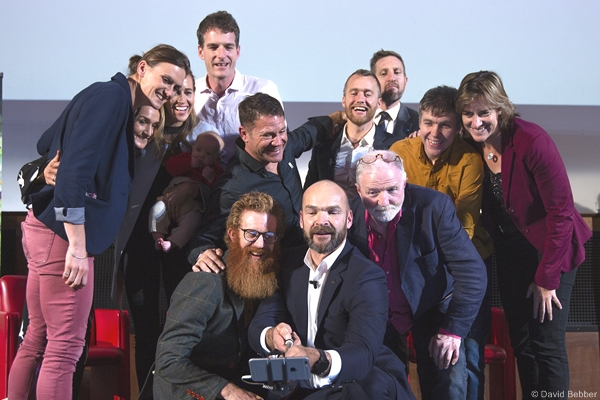 Some of the greatest names from adventure, wildlife and sport came together for one very special evening at the Royal Geographical Society on 14 December to fundraise to save Jungle for Jaguars in Belize.

The evening was organised by WLT Patron and wildlife television presenter Steve Backshall and WLT ambassador and Olympic rowing champion Helen Glover, who put together an incredible line-up for this event, named One Wild Night.

The event was opened by Steve himself, who introduced the cause of the night, World Land Trust’s appeal to save 8,154 acres of Jungle for Jaguars in Belize, and then welcomed the night’s compère, Monty Halls, to the stage. 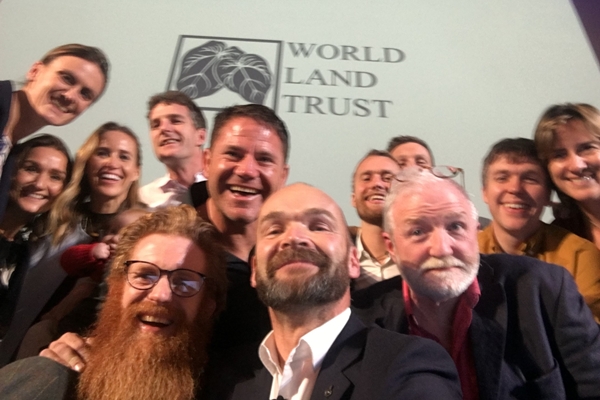 Monty Halls taking a selfie of all the One Wild Night speakers. Image: Monty Halls

Monty Halls is known for his Great Escape series on the BBC, and has led many expeditions exploring the underwater and natural world. He had the audience in the palm of his hand from his opening line, and introduced each speaker with great enthusiasm.

The first guest speaker was Dr George McGavin, a zoologist known for his lifelong love of insects, who opened by describing the most bizarre of Belize’s insect life: leafhoppers. Although his talk was full of laughs and fascinating insect facts, he ended on a sobering note, saying “In a hundred year’s time, we may have lost half of the world’s species,” and encouraging the audience to support wildlife conservation.

The following speaker took a turn away from wildlife, as Monty interviewed Will Greenwood, the rugby star who helped England win the World Cup in 2003. After a range of tales which had the audience in fits of giggles, Monty asked him what he would say to the young members of the audience to inspire them to make a difference. Without skipping a beat, Will replied, “Little things matter. If we all do the little things right, we can change the world for the better.”

Three of the following speakers vied for the title of most extreme endurance adventure. Rock climber Leo Houlding spoke about kite-skiing in the Antarctic to climb a snowy rock-face, and then Sophie Raworth described her journey to run the Marathon Des Sables, a six-day, 251 kilometre (156 mile) ultramarathon in the Sahara Desert. Lowri Morgan recounted her incredible feat to complete the 350-mile 6633 Arctic Marathon, where she was the only person to finish, despite suffering stress fractures to her feet.

Another endurance adventurer who took to the stage with unmistakable character, from his Zimbabwean accent to his huge ginger beard, was Sean Conway, the first person to cycle, swim, and run the length of Great Britain, from Land’s End to John o’Groats. He confessed that he grew his beard to protect his face from jellyfish stings during his long swim. 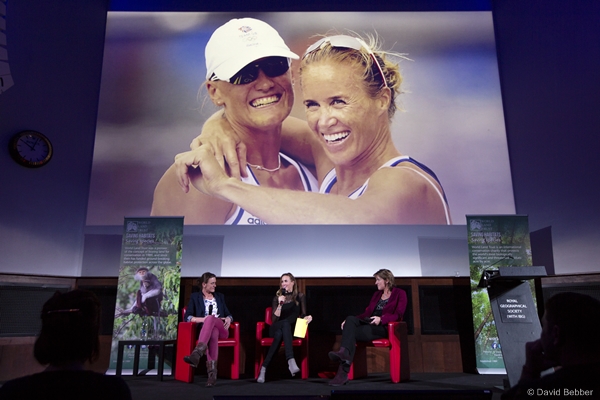 Simon Watt is known for advocating the plight of ugly animals, from the Blobfish to the Pubic Louse. He chastised the audience for cooing at a picture of a panda, and encouraged them to sympathise with the aforementioned louse, who has been suffering from deforestation at a Brazilian wax-scale. But even he had a serious chord to play, ending his talk saying “We make jokes about politics because it matters. So we should make jokes about conservation because conservation matters.”

Well-known history aficionado Dan Snow described expeditions which delve into the secrets of our past, with tall tales from Timbuktu. 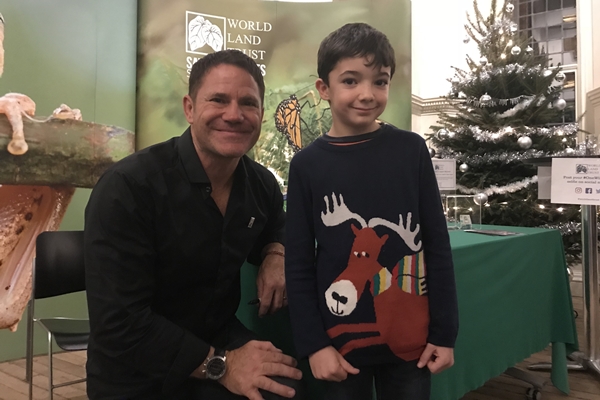 There was an opportunity at the end for the audience to meet the speakers, a highlight for many, including 8 year old Lawrence, who was thrilled to meet his hero Steve Backshall. Image: WLT

The event drew to a close with a trio of incredibly inspiring athletes, Olympic rowers Heather Stanning, Helen Glover and Dame Katherine Grainger. Heather and Katherine were interviewed by Helen, who discussed the moment when she met her rowing partner Heather, who she would go on to win her Olympic Golds with, and Katherine, who inspired her to keep going after she failed her first Olympic trials. They discussed their pre-race routines and the way the Team GB athletes supported each other through London 2012 and Rio 2016.

Closing the night was Steve himself, who only had time to answer one question. A young voice in the audience asked “What is the strangest animal you have ever found?”, to which he replied, “Inside a volcano in Papua New Guinea, we found the Bosavi Giant Rat, the size of a small dog, which was new to science.”

The night was a glowing success, with many of the speakers staying behind to talk to members of the audience who wanted to discuss their own adventures, and many young people inspired to pursue their dreams and dare to make a difference.